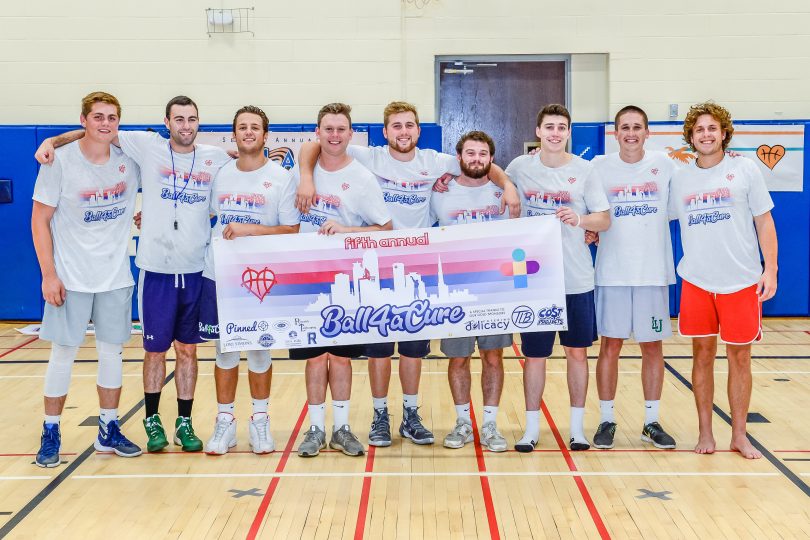 The West Hartford nonprofit is excited to expand and by the end of the year will host five events to raise money to help families impacted by cancer.

Inspired by classmates who fought cancer in high school, seven Conard graduates joined together in 2015 with the goal of hosting a charity event for pediatric cancer. What started as a 3-on-3 basketball tournament on the Duffy Elementary School blacktop, has evolved into an official nonprofit organization, Ball 4 a Cure, that has hosted nine events and raised over $100,000 in seven years.

“It’s been quite remarkable,” co-founder Luke Reynolds said of the growth they’ve seen. “I think every single year we’ve raised more money than the previous years and brought in even more sponsors and participants at our events.”

Reynolds and his co-founders – Cole Stabnick, Matt Connors, Brian O’Shea, Tommy Jamin, Max Kraimer, and Will Dorsey – were excited and inspired after their first event in 2015. The group had about 90 players sign up for the tournament, and raised around $1,500 for Connecticut Children’s Medical Center, but they did not know the extent to which they would impact the community in the coming years.

“We were pumped,” Reynolds said of the first tournament. “Once we did that first one, everything started to spin off from there and we all knew we had to make this a regular thing each year. … And then all of a sudden it started getting bigger and bigger every year.”

Even though started partnering with Connecticut Children’s Medical Center at their first event, the organization’s impact significantly increased when they were able to establish an official fund in 2019 after becoming a 501(c)(3) organization. With the Ball 4 a Cure Family Support Fund at Connecticut Children’s, the organization not only raises money for families, but they are also able to directly impact families struggling with the extra costs that come with cancer treatments.

“Social workers will identify a family who is having financial struggles and then offer to help that family,” Reynolds explained. “They will use our fund to either pay their rent or mortgage, or to purchase medical equipment so that children can come home and receive medical attention there instead of staying in the hospital.”

The board members recognize the importance of this cause and know that the more people from the community that they can reach and include in their events, the more families they will be able to help. And with the mission statement “Uniting communities to support the patients and families impacted by pediatric cancer,” it is clear that this is the most important thing for them.

For the first five years, Ball 4 a Cure just hosted basketball tournaments. But after they became an official nonprofit in 2019, they knew that they had the means and community interest to expand to more events. With the addition of two new board members, Brendan Connors and Aidan Stabnick, the group began brainstorming. 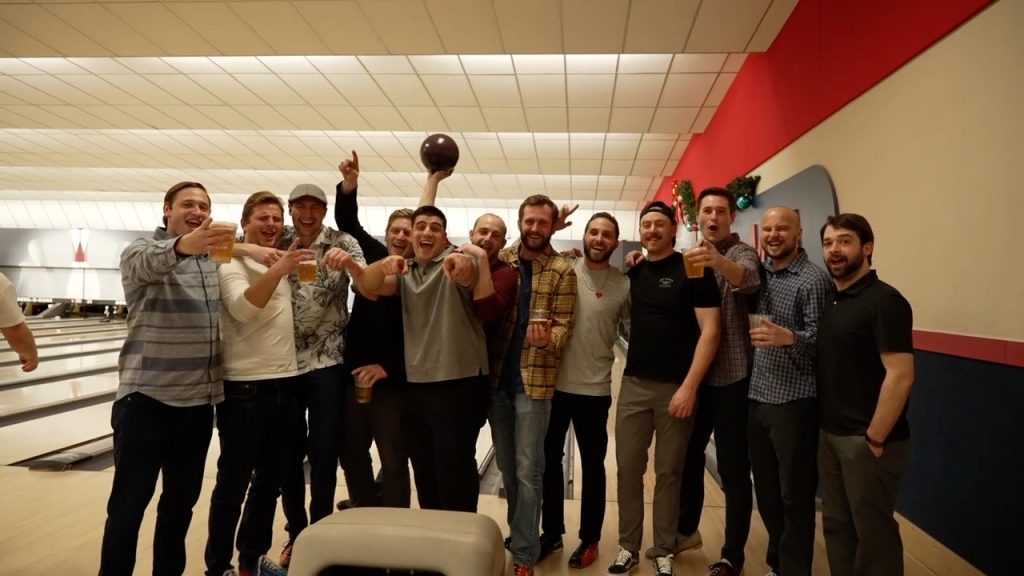 “We want to continue to be true to our roots of using sports, but also create other opportunities,” Reynolds said. “We also want to try to break down gender barriers as much as possible. … Our golf tournament is predominantly men and we want to create a safe place for female golfers along with other non-sport opportunities so we don’t have such a barrier in our involvement.”

With the addition of Jam 4 a Cure, a concert event held at local venues, the group was able to reach a larger and more diverse group in the community. The 2021 Jam 4 a Cure event brought over 200 people to the GastroPark in West Hartford and the second annual Jam 4 a Cure event, this Saturday, Aug. 6, has already sold almost 250 tickets and there are still more available.

Saturday’s Jam 4 a Cure event at Parkville Market will feature music from Earl on Earth, the Noveltease, and Lonesome Eddie and the Bird Dogs, who will all be donating their time to help the cause. Tickets are $30 and the organization will also be selling merchandise throughout the night. One hundred percent of these proceeds will go to the Ball 4 a Cure Fund. There will also be food and drinks available to the concertgoers from local vendors at the Market.

The concert is the first of five events that the organization is hosting in 2022. Following Jam 4 a Cure, the group is hosting its third annual Golf 4 a Cure on Sunday, Aug. 7 at Simsbury Farms Golf Course. This event sold out in the first two days of registration, but there are still tickets available to the post-tournament barbecue for $50.

With these two events this weekend, Reynolds and his fellow board members believe that they can already surpass last year’s total of $45,000 raised. 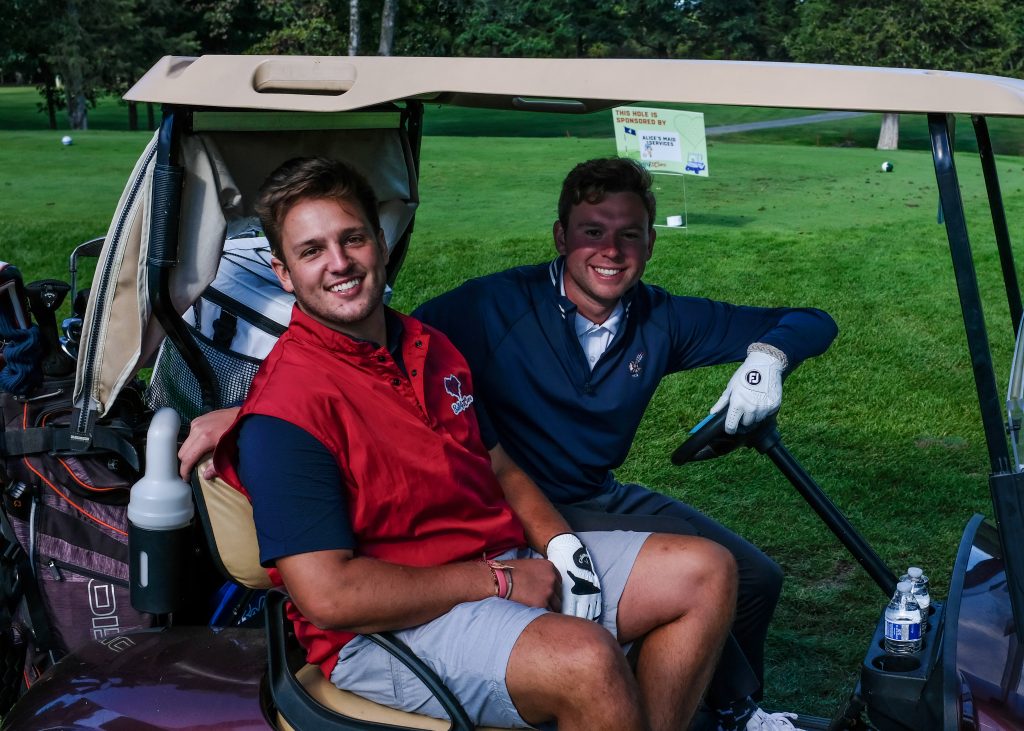 “We’ve been really blessed this year with incredible sponsors and more people signing up to attend the Jam concert than ever before,” Reynolds said. “I would expect around 300 or more people on Saturday. … And we hope that this weekend alone we can exceed last year’s amount ($45,000).”

After this weekend, the group will host three more events in 2022, including their sixth Ball 4 a Cure on Aug. 21, and their second Bowl 4 a Cure on Nov. 26. Registration is live for the basketball tournament, but not yet for bowling.

Looking to the future, the organization is adding another new event this winter with their Inaugural New Year’s Eve Gala on Dec. 31. The details for this event will be announced in the coming months, but this is yet another great opportunity for the organization to reach a larger demographic and raise more money for their cause.

Along with new local events, the organization is looking to expand on some new ideas to collaborate with different fraternities and sororities at various universities. Charity events such as basketball, golf, and bowling tournaments are common practice in many fraternities and sororities and Ball 4 a Cure is hoping to partner with these groups and help to expand their events to help other communities.

The organization hosted one event at the University of Maryland, but due to COVID-19, they were forced to cancel others that they had planned with Maryland and the University of Rhode Island. With the model already drawn up and a plan in place, however, all that is left is reaching out and finding schools who will participate.

“We would partner with sororities and fraternities to host a basketball or bowling tournament and all those proceeds would go towards their local pediatric cancer center and the families in their community” Reynolds explained. “We can kind of give everybody the template that they need to make a lasting impact within their own communities.”

With the growth that the organization has already seen over the last seven years, and the plans to expand outside of the local community, Ball 4 a Cure is sure to impact many more families in the years to come.

“I really think that there is no ceiling for us,” Reynolds said. “On the events we can do and the audiences that we can draw.”