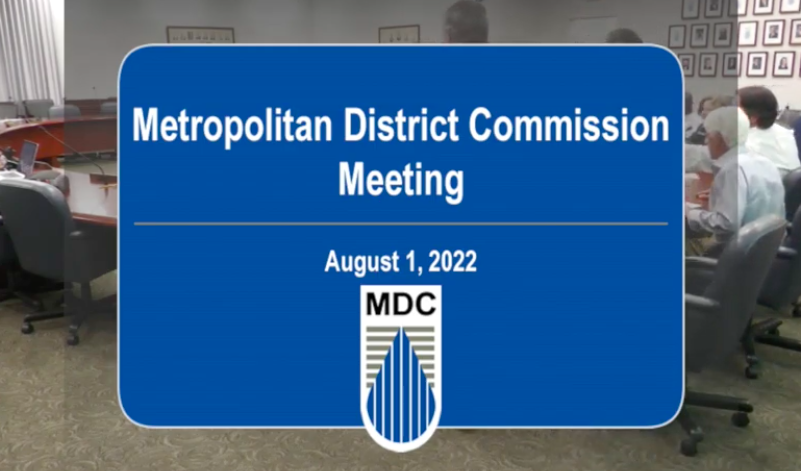 The Metropolitan District Commission met Monday to discuss roughly $80,000 in legal fees billed by Attorney James Sandler, billed after the Board has requested an end to the relationship.

The Metropolitan District Commission (MDC) Board of Commissioners is looking into roughly $80,000 in legal fees being billed by Attorney James Sandler, of Sandler & Mara PC, that indicate work on behalf of the MDC from Jan. 3, 2022 through June 22, 2022 – even though the agency’s contract with Sandler had been terminated as of the end of 2021.

The MDC Board met Monday night – a meeting that was initially canceled and then rescheduled at the request of multiple commissioners – primarily to determine how to move forward investigating how it came to be that the MDC was being billed for work that should not have been taking place. 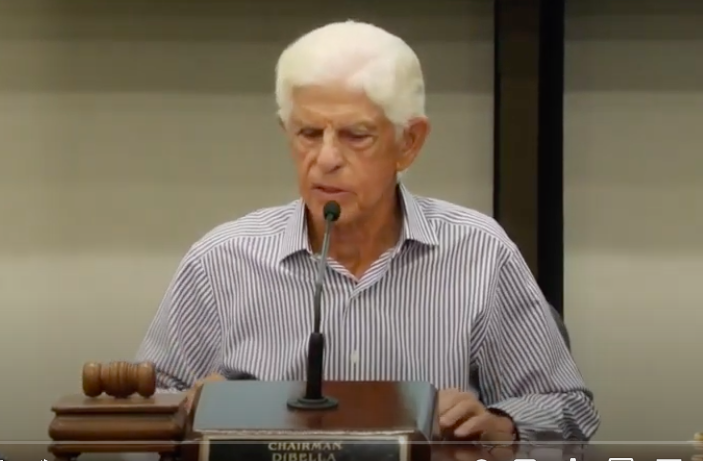 Following some other business, William DiBella, chair of the Board of Commissioners, recused himself as chair of the meeting prior to the discussion of the invoices, citing a conflict of interest, and turning over the meeting to Maureen Magnan, the vice chair, who is one of the commissioners from West Hartford.

The bills submitted by Sandler, according to the discussion Monday night, were for 79 meetings, and none of the commissioners present indicated that they knew anything about the meetings, nor did any admit to authorizing them or being in attendance – although the names of a few commissioners were listed on the invoices. According to the discussion by those who had viewed the invoices, DiBella’s name was listed among those in attendance at meetings with Sandler, but he was no longer in attendance at the Monday night meeting to comment.

The MDC’s CEO, Scott Jellison and District Counsel Christopher Stone both indicated Monday night that they had neither requested nor authorized any work by Sandler after August 2021.

There’s also a question about the nature or the scope of the work, which according to the discussion by the commissioners is for “South Meadows,” which is the MDC’s wastewater treatment facility in Hartford.

We-Ha.com has requested copies of the invoices for review but has not yet received a response to that request.

Commissioner Raymond Sweezy, from Rocky Hill, said he had made a motion, which was approved by the Board, on Aug. 17, 2021, ordering work by Sandler to be stopped after a questionable June 2021 invoice for $12,785, but the spending continued. “I want to understand this. I don’t understand these bills. … I’d like to understand who authorized this,” he said.

“It wasn’t a ‘maybe’ thing,” said Commissioner Rick Bush, who is from West Hartford. “No more money was going to be spent and we all approved that in 2021.”

All commissioners are able to attend the committee meeting, but those who are not members cannot vote.

Joan McCarthy Gentile, a commissioner from East Hartford who is not a member of the Internal Audit Committee, asked that the motion to refer the matter to the Audit Committee be modified to investigate specifically whether or not the bills from Sandler were “timely, appropriate, complete, and reasonable.”

Bush, who is also not a member of the Internal Audit Committee, said he wanted to know: “Did these meetings actually occur? Who called the meetings? Who authorized payment for the meetings? Where or what is the work product of those meetings?”

Stone, the district counsel, said individual commissioners are not authorized to expend funds for legal or other expenses.

“The Board is doing its job, identifying questionable bills and looking into it,” Bush told We-Ha.com. “We’re looking for the truth, and we’re taking this very seriously. We have a strong fiduciary responsibility to our rate-payers and we want to make sure every penny is spent appropriately.”

The Internal Audit Committee –which had not met since 2019 and didn’t even have an official chair and vice chair – met Thursday, Aug. 4 afternoon at 3 p.m. That meeting was held both in-person at the MDC headquarters and via WebEx, but unlike Monday night’s meeting was not broadcast on YouTube.

Stone recommended Thursday that the Internal Audit Committee engage an independent investigator, “to go beyond the four walls of the MDC to get some assistance.” He said that he and Mandyck also agree that it’s important for any conflicts of interest to be disclosed.

West Hartford Mayor Shari Cantor, on Aug. 3, had sent members of the Internal Audit Committee a letter via email, advocating for the engagement of outside counsel for an investigation.

“During the course of the Board’s consideration and debate of this matter at its special meeting on August 1, disturbing questions and concerns were raised about the propriety of these invoices. As you know, the manner in which the MDC spends money collected from ratepayers and municipalities is of significant public interest. The MDC must conduct itself in a manner that is transparent and accountable,” Cantor’s letter states.

“I write to you, therefore, to request that the Internal Audit Committee engage the services of an outside law firm to conduct an independent investigation and assessment of this matter. I further request that the results of such investigation be made public. While I have great respect for your role with regard to financial oversight of the MDC, it is clear that this matter requires review by professional investigators who are truly independent and free of any conflicts of interest.”

Sweezy said Thursday that he didn’t think it was necessary to expend what could be several hundred thousand dollars on a law firm to conduct an investigation, and said the first thing that should happen is the Internal Audit Committee should ask DiBella if at any time he authorized Sandler’s spending and gave him a budget for 2022. The answer to that question would determine how to move forward, he said.

James Healy, a commissioner from West Hartford, said hiring an independent investigator is important. “Our mayors and member towns will view it the right way.”

Donald Currey, a commissioner from East Hartford, who is a member of the Internal Audit Committee, advocated for hiring an investigator to look into “what justified the work performed by Sandler, and anything that would fall within that scope.”

“The Board’s mission and the committee’s mission should be to get to the bottom of the issue with the most impartiality possible,” Bush said. Even if there is a cost to it, an independent investigation would provide a layer of protection so that the Board would not be not judging itself.

There are many other important questions to ask, Bush said, “regarding the validity of the invoices as well as who authorized them. … We are going to be judged in the eyes of the public.”

By voice vote, the Board approved a motion to ask DiBella if he authorized the work by Sandler.

The Internal Audit Committee has not finalized plans for its next meeting with a goal of scheduling it for late August, and will be coming up with a list of names of independent investigators to consider. “We are dedicated to moving the process fairly and quickly,” Mandyck said.

Dominic Pane, a commissioner from Newington who is a member of the Internal Audit Committee, requested that future meetings be held at 5 or 5:30 p.m., rather than in the afternoon. He also requested that Stone or Jellison provide the committee with a narrative of what has transpired, including why the Board voted on Aug. 17, 2021 not to continue to spend more money on services provided by Sandler.

Hartford Courant columnist Kevin Rennie, in his Aug. 4, 2022 “Daily Ructions” commentary, noted that Sandler has a decades-long history of work with the MDC, and said his firm was paid $2.8 million by the MDC from 2008 through 2021. According to Rennie, Sandler has hired Raymond Hassett of Hassett and George as his counsel.

During Monday night’s meeting, Commissioner Peter Gardow of Wethersfield said all of the commissioners should read a Hartford Courant article about Sandler from March 31, 1997, regarding fines connected to ethics violations involving gifts to state employees, officials, and their family members. “Why the MDC is doing business with a cat like this is beyond me,” he said.