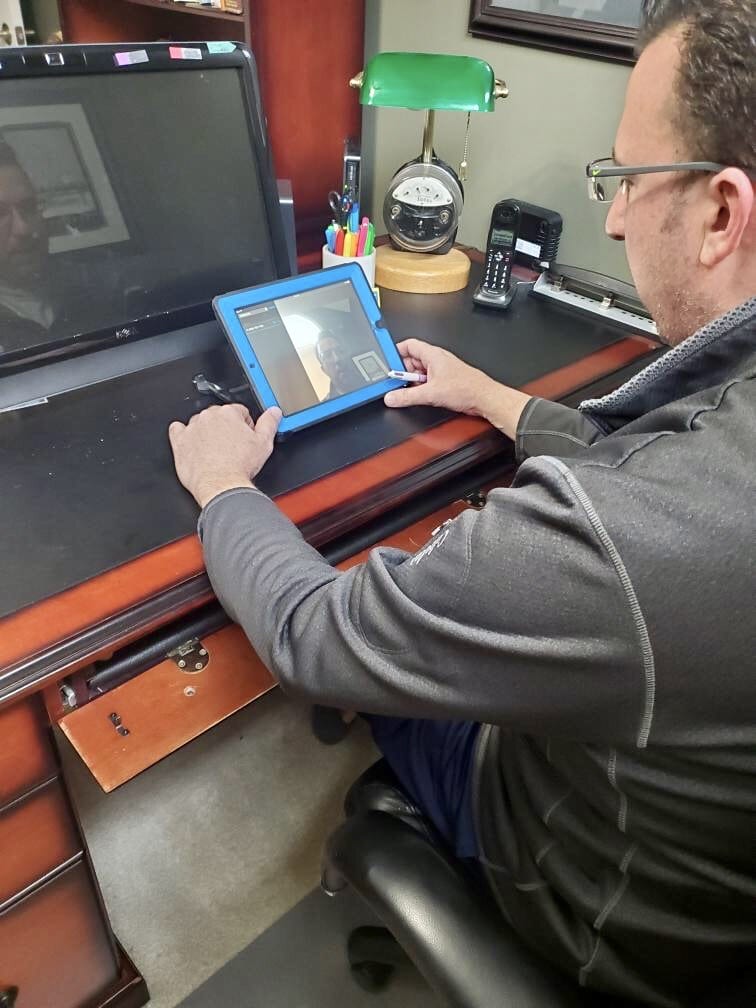 Construction projects are continuing in West Hartford, and the system of conducting virtual inspections developed by the town’s chief building inspector has proven so successful that other towns are now adopting it. 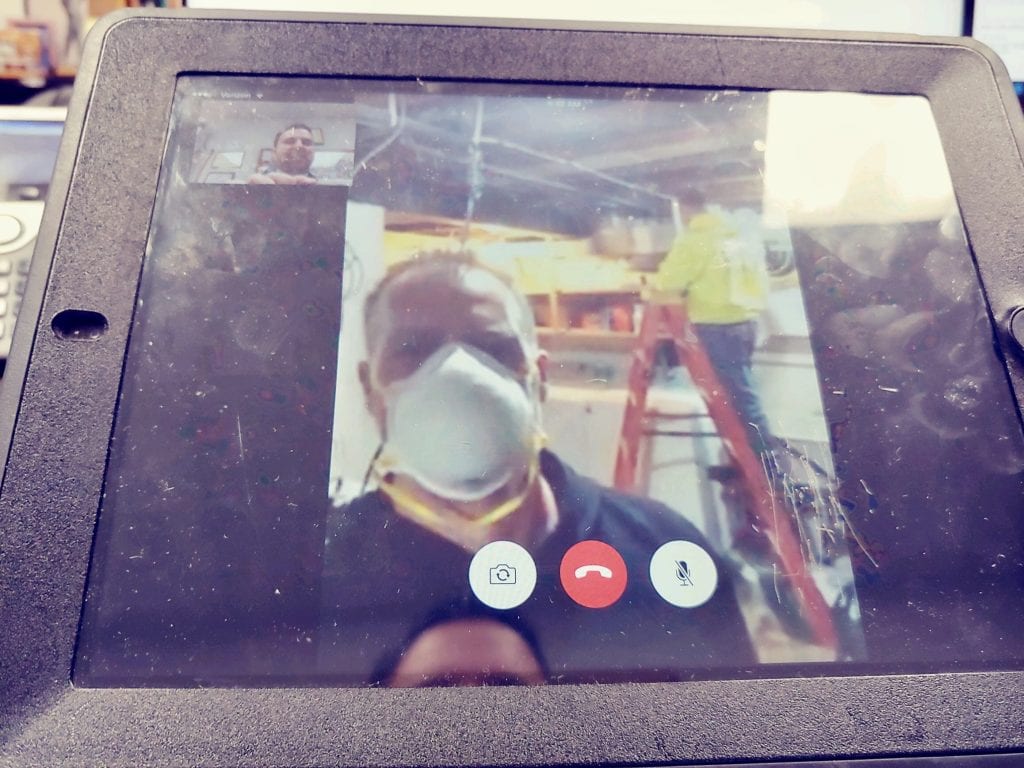 While much of the economy has hit the virtual pause button, or is literally operating virtually, there are some types of work continuing without too much change amid the COVID-19 pandemic.

“Construction is continued an essential sector, so contractors are still at work and projects underway are continuing,” said Director of Community Development Mark McGovern.

For the town, an integral part of construction is the building inspection and permitting process, and in order to minimize the exposure to employees, the Town of West Hartford has found new ways to perform essential tasks.

McGovern said the town is continuing to receive permit applications every day, and the volume of phone calls has actually increased by about 50% in the past month – from about 2,000 calls to 3,000 calls. He attributes much of the increased phone volume to the fact that people can’t come into the office, although a skeleton crew is still there working on alternate days, ensuring that no more than four people are in the office at the same time.

Building inspectors are still able to perform their day-to-day duties, however, thanks to the RVI – remote video inspection – process developed by Supervisor of Inspections Tim Miklioche during the week in March that Town Hall first closed to the public. 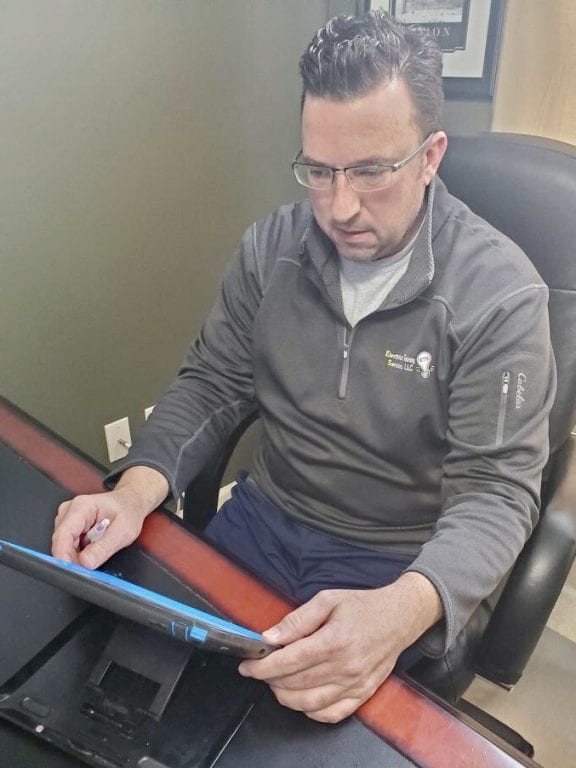 Contractors are given the parameters of the RVI plan in advance, and must ensure they have good WiFi at the location and a connection using a device that can block calls which might interrupt the live video streaming of the inspection, McGovern said. Most are done through FaceTime, although Skype has been used as well.

While RVI can’t be used for all inspections, particularly for final inspections where details like checking every electrical outlet must be done, “most rough inspections are good candidates,” McGovern said.

Both residential and commercial construction projects are having inspections done through the RVI process, and the town has done more than 100 since beginning on March 25.

Mikloiche said it’s really his team of inspectors – Fred Falcone, Jeff Reynolds, Silvana Righenzi, Dan Loos, and Mark DiCiancia who are making it work. “We’ve transitioned how we do inspections 180 degrees,” he said.

“When the town shut down [the week of March 16], I said we have to come up with a plan to get construction to its final stage,” said Mikloiche. He reached out to friends and colleagues across the country and through the National Fire Protection Association (NFPA), and soon drafted a plan using elements of what has been done in Tucson, and in communities in California and Idaho, where they have experience doing remote inspections.

In about four days, Mikloiche had loaded up the department’s iPads with FaceTime and Skype, and began testing the process. A few of the inspections have been done using Facebook Live as well.

Remote inspections are required to be live. “It can’t be just pictures,” McGovern said. The contractor must be engaged the entire time, and be able answer the inspectors’ questions as the inspection takes place.

The plan Mikloiche developed has been fully endorsed by the state building inspector’s office, and is now being used in about 20 other towns across the state, including New London, Suffield, Manchester, and Middletown.

The state has wanted to move toward more automation in the building permitting and inspection process, but planned to start with the applications. “This was going to be the third step, now it’s the first” to become automated, Mikloiche said, and it will become part of operations in the future, even when the pandemic is over.

“We want to use technology, but we don’t want to reduce the quality because of technology,” Mikloiche said, and that was part of coming up with the correct methodology and a systematic checklist that starts with the contractor outside, walking up to the building so the address is clearly visible. The checklist for residential inspections contains 102 different items.

In a normal year, West Hartford’s Building Department conducts about 11,000 inspections. As of Friday, Mikloiche said that overall they are averaging 10-15 remote inspections per day as opposed to 35-40 per day with four inspectors going out to sites.

The RVI process takes about two or three times longer. “It’s a learning curve, it’s new technology, it depends on the strength of signal,” Mikloiche said.

Mikloiche said he’s been asked to develop a more formal platform that can be adopted for other communities, but right now he is committed to tweaking what is being done and making it work so construction can go on. “Right now my priority is West Hartford,” he said.

Most of the construction projects that are continuing are jobs that were well underway before the impact of COVID-19 really reached the area, and the decisions about whether or not to continue are left up to the contractors or property owners. Some of the jobs for which the process has been used thus far include rough inspections for the townhomes being constructed at 35 Ringgold Street, ongoing work at The Elms, and closing out open permits to facilitate home sales, Mikloiche said.

“Coming from the construction point of view we want to say how your Building Department staff, especially Tim Mikloiche and Fred Falcone, have been extremely accommodating and quick to answer phone calls and emails,” Jennifer Schunder-Georgina of Bartlett Brainard Products said in an email to the town that was shared with We-Ha.com. “They expedited permit review and inspections and enabled us to continue our work and therefore making a very happy customer and West Hartford resident. We know the staffing has been affected in the Building Department but they are staying on top of returning phone calls and emails allowing our business at Bartlett Brainard Products to continue with our outside work.”

Even now, sometimes an in-person inspection is still needed – for final inspections as well as following emergencies like fires – and Mikloiche said in most cases he is doing those himself rather than having a member of his team take the risk of interacting with the public.

“We want to keep the construction going to completion,” Mikloiche said.

We-Ha.com is the place to go for the latest information about West Hartford – a town that "has it all"! We-Ha.com is part of and proud of our community, and we bring a hyperlocal focus to news and features about the people, schools, businesses, real estate, sports, restaurants, charitable events, arts, and more. Contact us at: [email protected] or [email protected]om.