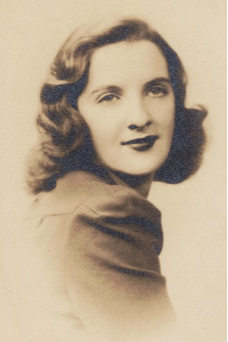 Obituary provided by the family

Living nearly a century, Mary Helen Cashman LaVoie died Nov. 10 at her home in West Hartford surrounded by her family. Born in Hartford in November 1921, her parents Patrick Francis Cashman of County Waterford and Bridget Theresa Breen of County Kerry, Ireland, immigrated to America in the early 1900s.

She lived in difficult times both historically and personally. Raised in Hartford, she was a young girl when the depression rocked the economy. WWII ramped-up when she was a beautiful and popular young woman graduating from Hartford Public High School in 1939.

When the men joined the armed services, Mary did her part and enlisted in the U.S. Navy as a WAVE stationed at Sampson Naval Base, Geneva NY and the U.S. Naval Submarine Base, Groton, CT. After the war, her childhood friend and high school sweetheart Warren H. LaVoie returned from serving in the Navy in the Pacific Theater. They married on Dec. 1, 1945, at the Naval Submarine Base.

Mary had aspirations and wanted to be a nurse. Instead, she attended the Hartford Secretarial School, became a proficient secretary, stenographer and bookkeeper and worked at Niles- Bement-Pond. She was a widow at 51 and to broaden her employment opportunities she obtained her real estate license. At 65 she started at American Airlines and worked and traveled into her 70s. She then worked through the West Hartford Senior Job Bank into her 80s.

Mary also believed in serving her community and was president of the American Business Women’s Association, a member of the West Hartford League of Woman Voters, and a poll worker during elections. She was also a proficient swimmer (a member of the Connecticut Masters Swim Team) and excelled at many activities from sewing, wallpapering, gardening, baking and mixology.

There are no calling hours and internment in Mount Saint Benedict Cemetery will be at the convenience of the family.