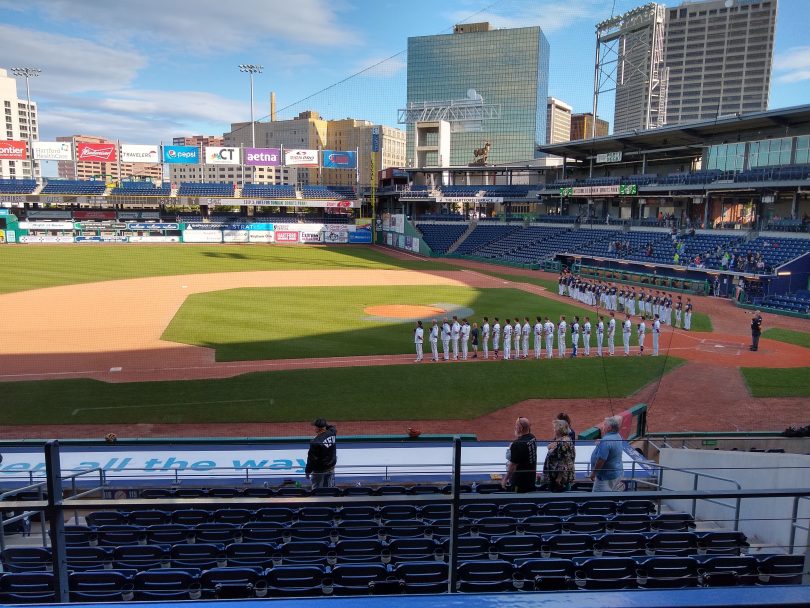 Post 96 finds redemption in a high-scoring rematch against Tri-County.

Post 96 scored to tie or take the lead in four of the six innings they batted in a back-and-forth contest. Colby Jones delivered the eventual game-winning run in the fifth inning, bringing Luke Fox home from second base on an RBI triple and breaking a 5-5 tie.

“I was just looking to get the ball in play any way I could, trying to get that run in to give us the lead and hopefully keep that lead into the seventh.” Jones said.

Tri-County scored first on an RBI double in the top of the first inning, but West Hartford (3-2) drew even at 1-1 as Fox scored from third on a wild pitch in the bottom half.

Fox plated two runners with an RBI single to put Post 96 ahead 3-1 in the bottom of the second inning. Tri-County (3-2) came back in the third with two runs, one from a West Hartford throwing error and another from beating out a double play in the infield.

The visitors went ahead 4-3 on a sacrifice fly to right field in the fourth inning. The lead was short-lived, however, as Maxwell Main drove in two runs for West Hartford to take a 5-4 advantage.

Once again, Tri-County found a way to tie the score with an RBI single in the top of the fifth inning.

Six different pitchers took the mound for West Hartford. Tim Cotter ultimately closed out the game, forcing a pop-up and two groundouts in the seventh inning to seal the victory.

“They handled us pretty well two weeks ago,” Hungerford said. “I think the kids really wanted to show up and say we’re a little bit better than losing 5-1.”

Hungerford said he was pleased with the resolve of his team as it starts to mesh this season.