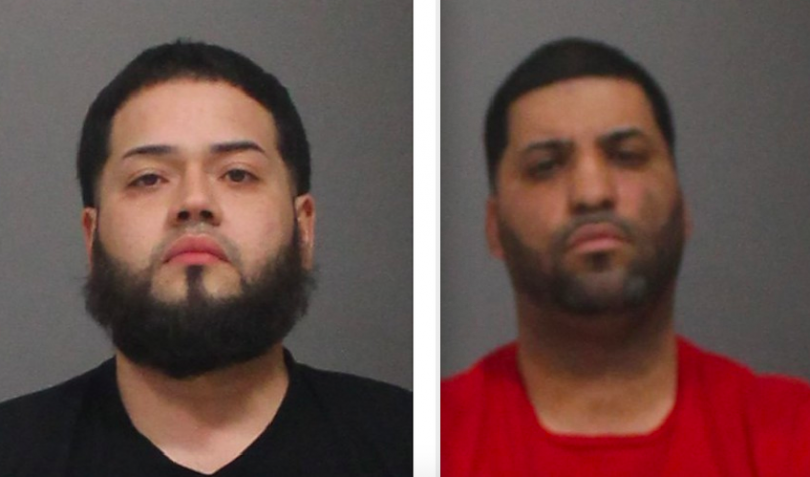 While the West Hartford Police Department’s Community Support Unit was conducting a vehicle stop at approximately 1:39 p.m. Monday, the vehicle sped away, setting off a chain of events that included the use of several tire deflation devices and a foot pursuit before the suspects were apprehended.

Although the suspects fled from West Hartford to Hartford, at no time, however, did officers engage in a vehicle pursuit of the suspects, Lt. Dan Moffo said.

The driver still failed to stop the vehicle, but witnesses flagged down police after seeing the car stopped on Cheshire Street in Hartford, Moffo said.

The driver and passenger then fled on foot, but were apprehended by officers and arrested.

Police charged the driver, Max Cosme, 40, of Greenfield Street in Hartford, with one count of interfering with an officer, engaging police in pursuit, reckless driving, and illegal window tint. He is being held in lieu of $25,000 surety bond.

The passenger, Xavier Quiles, 30, of Beacon Street in Hartford, was charged with interfering with an officer and possession of more than an ounce of marijuana. He is in custody and has been assigned $15,000 surety bond.

Police said that there were no injuries to anyone involved in this incident, and no damage to any other property.