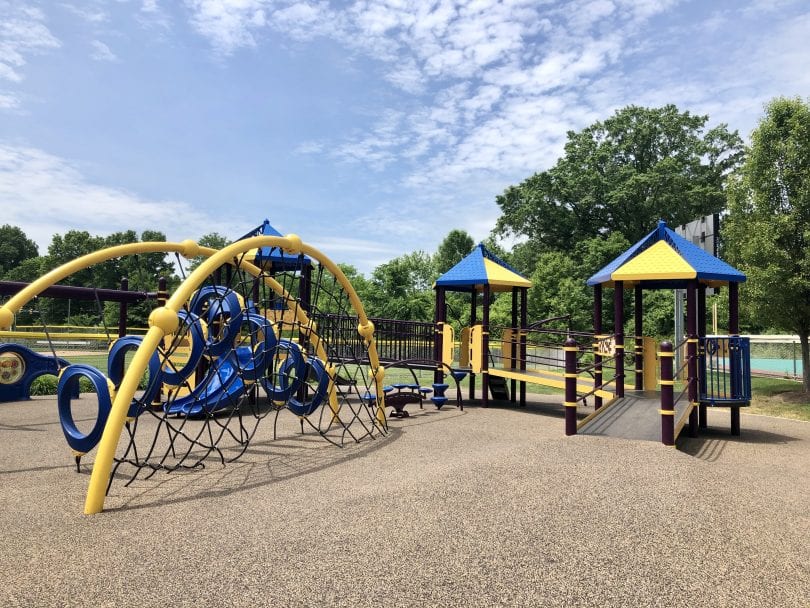 The town manager said that municipal playgrounds in West Hartford will reopen for use as soon as new signage is installed.

West Hartford playgrounds, which have sat idle for nearly three months, will soon be able to welcome back children eager to to climb, slide, and traverse the monkey bars.

“We’ve authorized the reopening of our playgrounds on or before June 17,” Town Manager Matt Hart said Friday.

The playgrounds will officially open as soon as new signage is installed – with messages indicating that no food  is allowed and instructions for those using playgrounds to be sure to wash their hands when they return home.

The opening of the playgrounds will roughly coincide with the end of the academic year for West Hartford Public Schools, which have been conducted in a distance learning mode for the past three months but will officially be ending next week.

In addition to reopening the playgrounds, Hart said that the town’s tennis and pickleball courts are returning to 100% capacity – although some courts are closed for maintenance purposes such as those at Whiting Lane Elementary School.

“Use of playing fields by youth sports has also been authorized,” Hart said, but the issuance of field permits to youth sports leagues such as baseball and softball remains subject to approval of league plans by Leisure Services.

The playing fields can be used for pick-up games, Hart said, but the town will continue to monitor gatherings for crowd size, which was expanded from five to 25 by order of Gov. Ned Lamont on May 30.

Hart also said Friday that plans are in the works to open Veterans Memorial Skating Rink by the end of June.

Basketball courts at schools and on other town properties will remain closed, and there are not currently plans to reopen the town’s pools.

The Town of West Hartford will be running several in-person camp programs, beginning in late June and early July. There will also be game tents set up at the five major parks in West Hartford and an array of virtual activities for families.