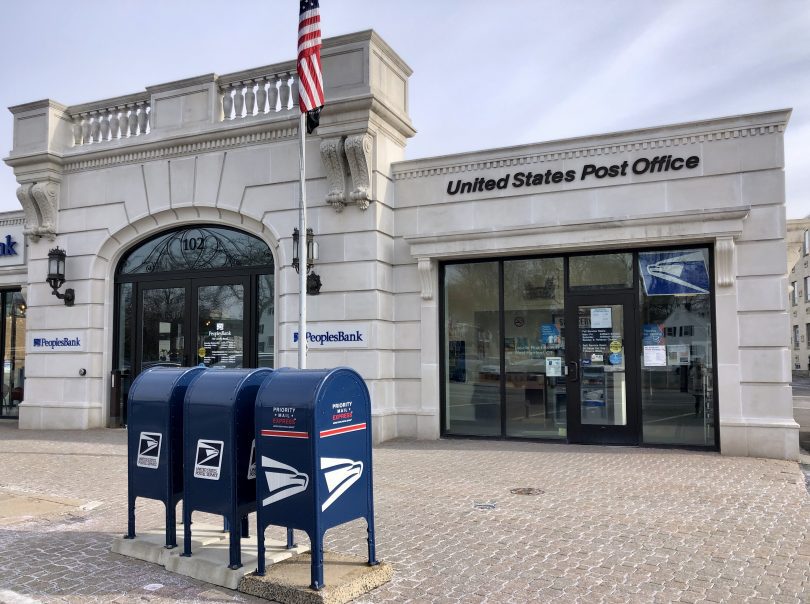 The West Hartford Police Department has issued a warning to residents after complaints of checks being stolen from U.S. Post Office drop boxes.

The West Hartford Police Department has recently received multiple complaints of a crime known as “check washing,” and are warning the community to take measures to avoid becoming a victim.

Capt. Eric Rocheleau said the department has received several complaints that checks have been stolen and altered to reflect “much larger amounts” and a different receiver, he said, through the use of chemicals to remove the original ink. In some cases, victims have told police that they had dropped the checks in the mail at boxes located outside local U.S. Post Office locations.

“This department has investigated a previous theft from a local Post Office where suspects used custom made tools to retrieve mail from the drop off boxes. In that case an alert resident called to report the suspicious behavior,” Rocheleau said in an email.

In the past few months, several members of the community have posted on the Facebook group “Neighbors and Friends in West Hartford” that they have been the victim of this type of incident after depositing mail containing checks in the drop boxes outside West Hartford’s LaSalle Road and Shield Street Post Office branches, and later learning that the  checks had been altered. The initial posts on Facebook garnered more than 100 responses, with some commenting it had happened to them as well.

The West Hartford Police Department’s Detective Division is working with the Postal Inspector and Postal Police in the investigation of these incidents, but thus far no arrests have been made, Rocheleau said.

Police are warning the community to take measures to prevent these type of thefts by dropping off mail during business hours and not leaving mail containing checks in household mailboxes to be picked up by carriers.

Police are also urging residents to review their checking accounts frequently for signs of suspicious behavior. A late notice from a creditor expecting payment may also be the first sign of a stolen check, Rocheleau said.

Anyone who suspects they have been a victim of check washing should report the incident to West Hartford Police by calling 860-523-5203.