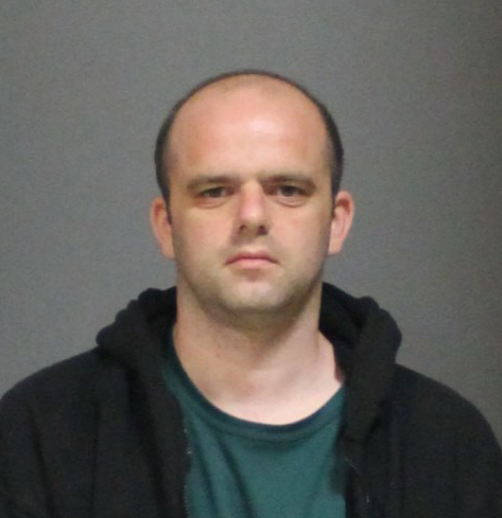 West Hartford Police charged a 32-year-old resident with breach of peace and third-degree criminal mischief after obtaining a warrant from the court in connection with an incident that happened the night of June 16, 2017.

Det. Sgt. Anthony Anderle said that Steven Marks complied with the warrant and turned himself in at the police station on Raymond Road at around 7 p.m. on June 29.

West Hartford Police had released a surveillance video on June 19 of a balding white male riding a mountain bike, accompanied by a small brown and white dog, who was observed the night of June 16 writing on a sign at the Morley School playground with what appears to be a green “Sharpie” pen.

According to police, the messages written on benches, playground equipment, and other areas at the school were “threatening and vulgar.” Anderle said that all appear to have been directed toward President Trump.

After the video was widely circulated by local media, police received tips from the public and Marks called the police station and voluntarily submitted to questioning by both West Hartford Police and the U.S. Secret Service that afternoon.

Marks posted bond and was released and given a date to appear at Hartford Community Court on the charges.

Anderle said that the Secret Service has been notified of the arrest, and the agency is still continuing its investigation into the matter.