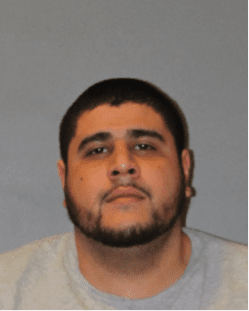 A suspect who damaged a victim’s vehicle after he was splashed with snow and slush turned himself in to West Hartford Police on Tuesday.

West Hartford Police obtained a warrant Tuesday for the arrest of a suspect who allegedly damaged a victim’s car with a crowbar after she accidentally splashed him with snow and slush while driving by, and the man has turned himself in at the station.

According to police, Mark Diaz, 23, of Benton Street in Hartford had been identified as the suspect in a road rage incident that took place March 15. Police said that a woman was driving south in the vicinity of 315 New Park Ave. when she accidentally sprayed a man with snow and slush.

That man, identified as Diaz, got into his car and chased the victim. Police said that he pulled in front of her in the area of 433 New Park Ave., got out of his car, grabbed a crowbar from his trunk and struck her car several times while shouting obscenities.

The suspect fled south on New Park Avenue, police said, but the victim had taken several photos of him with her phone.

The victim was not injured but her vehicle, a 2002 Mazda, had damage to the hood and several lights, police said.

Police were able to use the photos to identify Diaz. After a warrant was obtained Tuesday, police said that Diaz turned himself in at the West Hartford Police Department.

Diaz was released on $150 bond and is scheduled to appear in court on March 30.