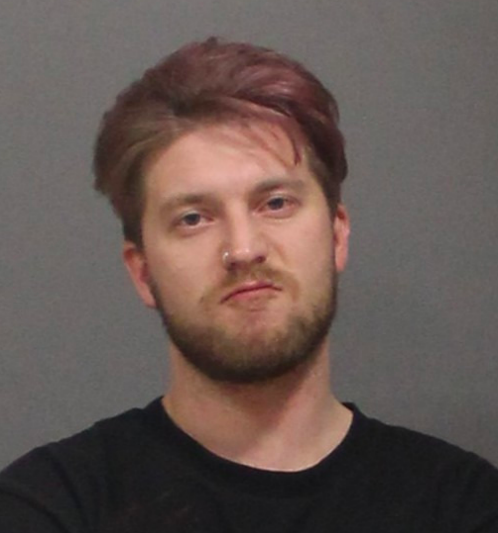 West Hartford Police responded to a report of someone getting out of a car and setting a Christmas tree on fire, and found a weapon in the vehicle.

A Bainbridge Road resident contacted West Hartford Police after seeing a female exiting a vehicle and setting fire to a discarded Christmas tree on the side of the road, and according to Capt. Michael Perruccio both the woman and the driver of the vehicle now face several charges.

According to Perruccio, at 4:55 a.m. on Jan. 5, a resident of Bainbridge Road observed a female step out of a light-colored Jeep Grand Cherokee and set a Christmas tree on fire in front of another house on the street. The woman then got back into the car and it drove away, Perruccio said.

The responding officer found a tree smoldering in front of 69 Bainbridge Rd., Perruccio said. The tree was far enough away from any structure to not pose a danger, he said, and was already reduced to coals.

The West Hartford Fire Department also responded and extinguished what remained of the fire, Perruccio said.

Until they were contacted by police, the residents of 69 Bainbridge Rd. were not aware that the tree had been on fire, Perruccio said.

Police located a vehicle nearby that matched the description given by the complainant, and stopped it to question the occupants, Perruccio said.

Police said as they were conducting an interview with the driver of the vehicle, they could see a machete in the rear storage area. The machete was in a sheath, but clearly visible, according to police.

Gorczynski was arrested and charged with illegal possession of a weapon in a motor vehicle, interfering with an officer/resisting arrest, and violation of a town ordinance. He was released on 10% of a $5,000 surety bond, and is due in court on Jan. 16.

The passenger, a 24-year-old West Hartford woman, admitted to lighting the tree on fire “as a prank,” Perruccio said. She was charged with second-degree breach of peace and “open fire kindling without permit,” and released after posting $5,000 non-surety bond. She is due in court on Jan. 16.

The resident who called police was initially took note of the vehicle because they did not recognize the car as one typically seen on the street, Perruccio said. He credited a “wonderfully alert and attentive neighbor” for contacting police to advise them of suspicious activity.