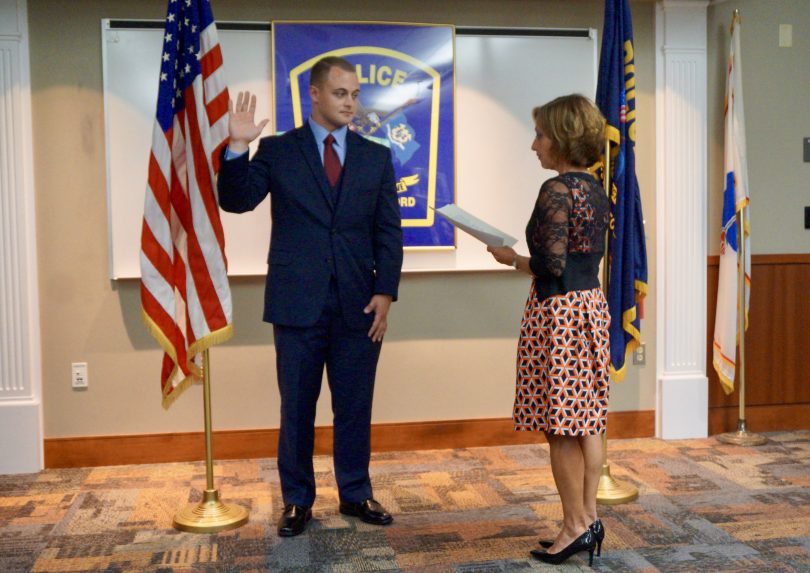 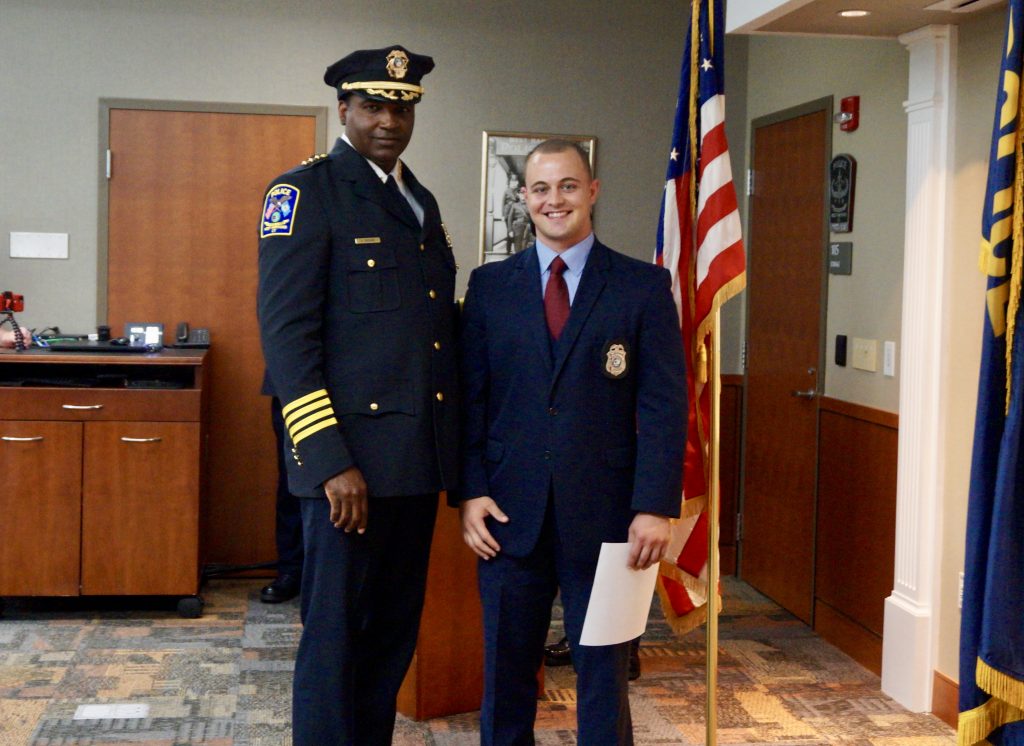 Cutler, who reported to work on Tuesday, grew up in Glastonbury and graduated from Glastonbury High School.

He attended Middlesex Community College and then earned his bachelor’s degree in economics at the University of Connecticut.

Cutler most recently worked at Collins Aerospace in Windsor Locks as an aftermarket supply chain contracts manager, and currently lives in Glastonbury with his fiancé. 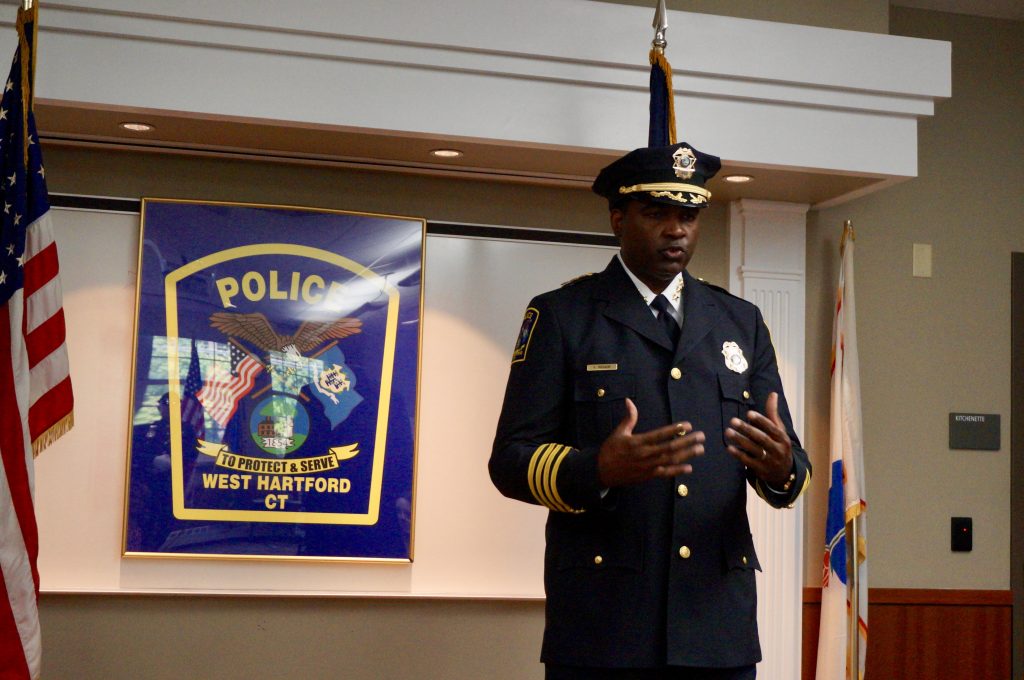 “You have joined an awesome police department … We do things right,” Riddick told Cutler.

As he tells all new officers, Riddick told Cutler that one of the most important things about being part of the West Hartford Police Department is remaining humble. He asked Cutler’s family to ensure that he does that – and doesn’t take advantage of the power of the badge.

In choosing to become a police officer, he said, you have to be willing to put other’s lives in front of your own, and if you can’t, “you’ve chosen the wrong job,” said Riddick. “We are the stop-gap between good and evil. … We can’t fail and we won’t fail.”

Mayor Shari Cantor, who administered the oath of office Thursday, told Cutler that when he finishes his training, he will be “ready to serve this community with distinction.

“We’re so proud of the way you present West Hartford,” she said to Cutler and the other officers in the room. “It’s the most important thing municipal government can do – keep people safe.”

Part of the oath includes a pledge to treat others “with fairness and respect,” Rocheleau said. “Keep that in mind.”

Times have changed for police officers, Rocheleau said, and the job is more challenging than ever, but the rest of the department will provide support, and he asked Cutler’s family to support him as well.

He noted that as a show of support, other recently-hired officers, who are currently enrolled in the police academy, attended the swearing in.

Following graduation, Cutler will begin the West Hartford Police Department’s 12-week Field Training Officer program under Rocheleau’s direction before being assigned duties on his own. 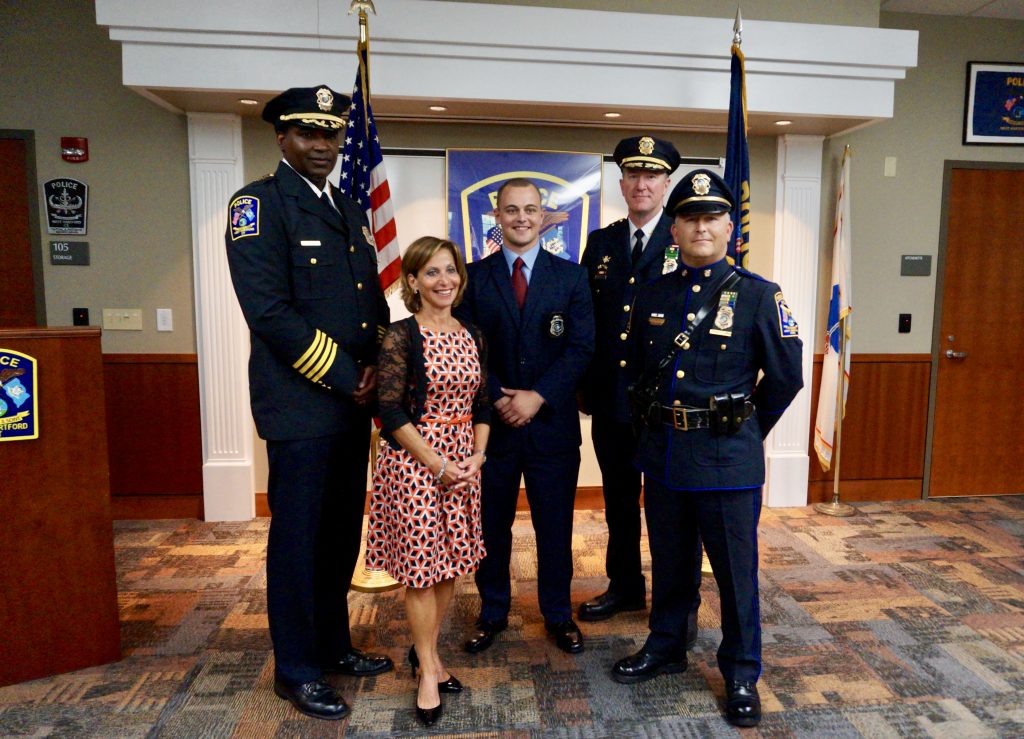 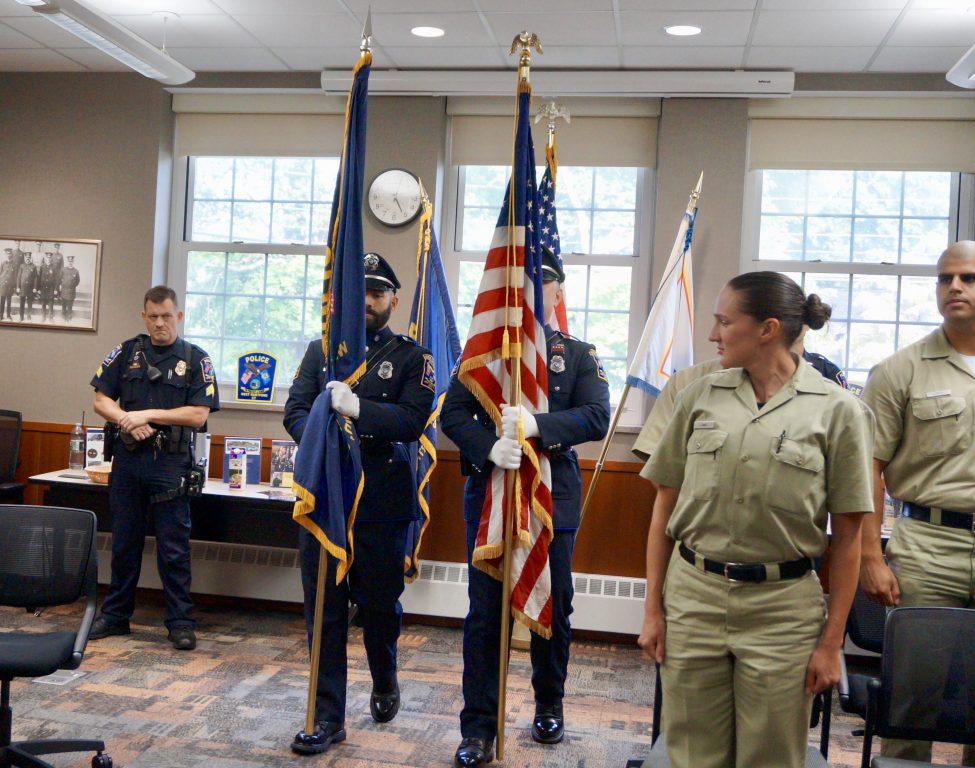 The colors are presented at the swearing-in of Off. Chris Cutler. Photo credit: Ronni Newton