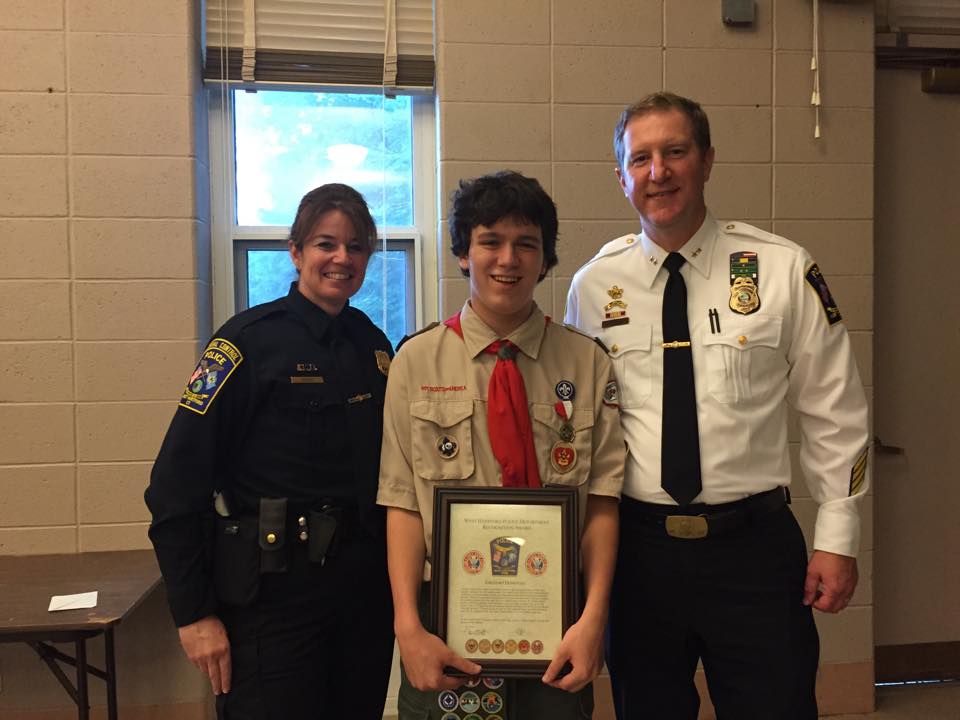 Gregory Donovan, a junior at Hall High School, was honored by the West Hartford Police Department for his working crafting two benches that he then donated to the West Hartford Dog Pound as part of his Eagle Scout project.

“They’re for people who are coming to see the animals,” said Donovan. “The people at the dog pound say they really spruce up the corner. They look really beautiful.”

Donovan realized that he wanted to help animals for his project, and decided to call the West Hartford Dog Pound to see if they needed any help. Once they told him they could use new benches, the rest was history. 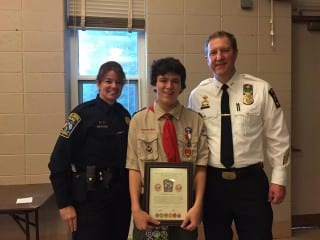 Donovan built, sanded, and painted the benches with help from family and friends. “My neighbors are carpenters and volunteered their time to help build the benches,” said Donovan. “Volunteers from the troop came over for the painting.”

Jones said she was honored that Donovan thought of helping the dog pound for his project. “We’re kind of the forgotten people,” said Jones. “For people of the community to realize we have needs, too, is touching.”

Jones said the benches have made the dog pound a more welcoming environment for those who are visiting the pound. “It gives a safe place for people to sit and interact with the dogs,” said Jones. “It’s more than just donating benches. It’s bringing awareness, comfort, and more potential adoptions to the dog pound.”

Donovan said he is happy with how they project turned out, and he does not want his time with the Boy Scouts to end when he becomes an Eagle Scout.

“I think I may become an adult leader,” he said. “I think it may be a good way to stay involved during my senior year.”