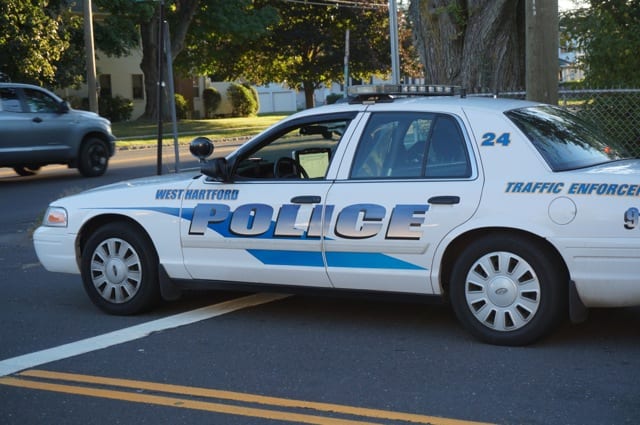 There were 751 infractions issued to motorists as part of April’s ‘U Drive. U Text. U Pay’ campaign. 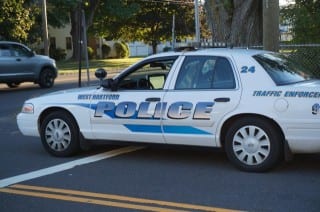 West Hartford Police conducted a campaign against distracted driving throughout the month of April, and during that period issued hundreds of infractions to motorists.

According to Capt. Jeff Rose, who heads the West Hartford Police Department’s Traffic Division, 751 infractions were issued for distracted driving during the first phase of the “U Drive. U Text. U Pay” campaign which ran from April 4 – 30. In addition, during the enforcement campaign officers also cited 53 motorists for violations of seat belt laws as well as speeding, driving under a suspended license, and registration violations.

Rose said that the patrols also made a DWI arrest on April 8 and issued an infraction for possession of marijuana on April 27 as the result of stopping a motorist for a distracted driving violation.

During the April phase of the campaign in 2015, there were 643 infractions issued. Together with the second phase, held in August 2015, West Hartford Police issued 961 infractions for illegal cellphone use, and more than 1,000 total tickets during the 2015 campaign. There will be a second phase this year from August 3-16, 2016.

“People are still doing it. This just shows it’s so common,” Rose said of cellphone use while driving.

Rose said that he thinks the message is getting out there, and finds less people talking on the phone, but more manipulating their phones or texting while driving. “A lot still don’t get that message,” Rose said.

Rose personally participated in the campaign on two of those days, and during that time only one of those caught argued. “Most people are fairly contrite about it,” he said.

Rose said that cellphone use has become human nature and part of life. Until technology comes along to prevent use of a cellphone while driving, there will continue to be too many distracted driving accidents. The campaigns do have an effect, however. “Any time we stop someone we stop the behavior right there, and you can prevent something from happening,” said Rose.

West Hartford’s efforts were conducted as part of the Connecticut Department of Transportation Highway Safety Office’s “U Drive. U Text. U Pay” campaign, with funding for additional patrols to target distracted driving enforcement made possible through a $45,375 grant provided by the Federal Highway Safety Administration.

Up to eight additional officers per day were on patrol in marked as well as unmarked vehicles, focused on looking for motorists using handheld cellphones and other mobile devices while driving.

Enforcement was concentrated on main roads such as Park Road, New Britain Avenue, Farmington Avenue, North Main Street, and Albany Avenue – as well as in school and construction zones and other neighborhoods throughout town where distracted driving is observed.

Fines in Connecticut for violations begin at $150 for a first offense, increase to $300 for a second offense, and are $500 for subsequent violations. Fines double in a construction, utility, traffic, or fire safety zones.

In a statement, Rose said, “It is our hope that this campaign, and other traffic safety campaigns supported by the Connecticut DOT and NHTSA, will promote safe driving behaviors that will make roadways safer for all that use them.”