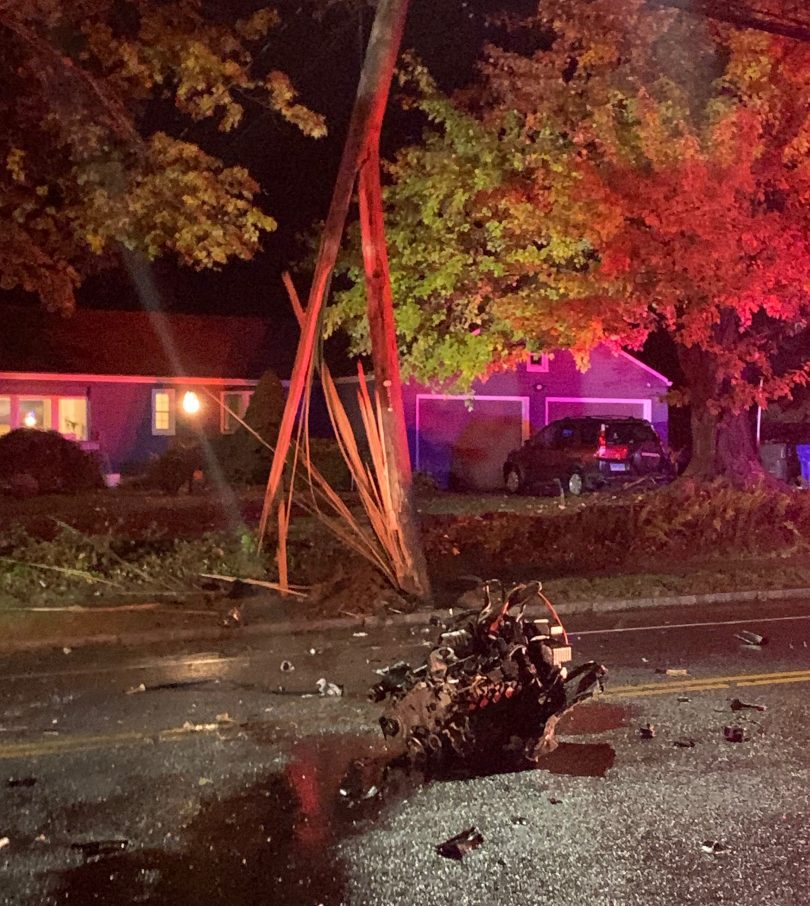 A driver hit a utility pole on South Main Street in West Hartford late Saturday night, the impact shattering the pole and separating the engine from the vehicle. Courtesy photo

West Hartford Police said South Main Street was closed for hours while repairs were made. 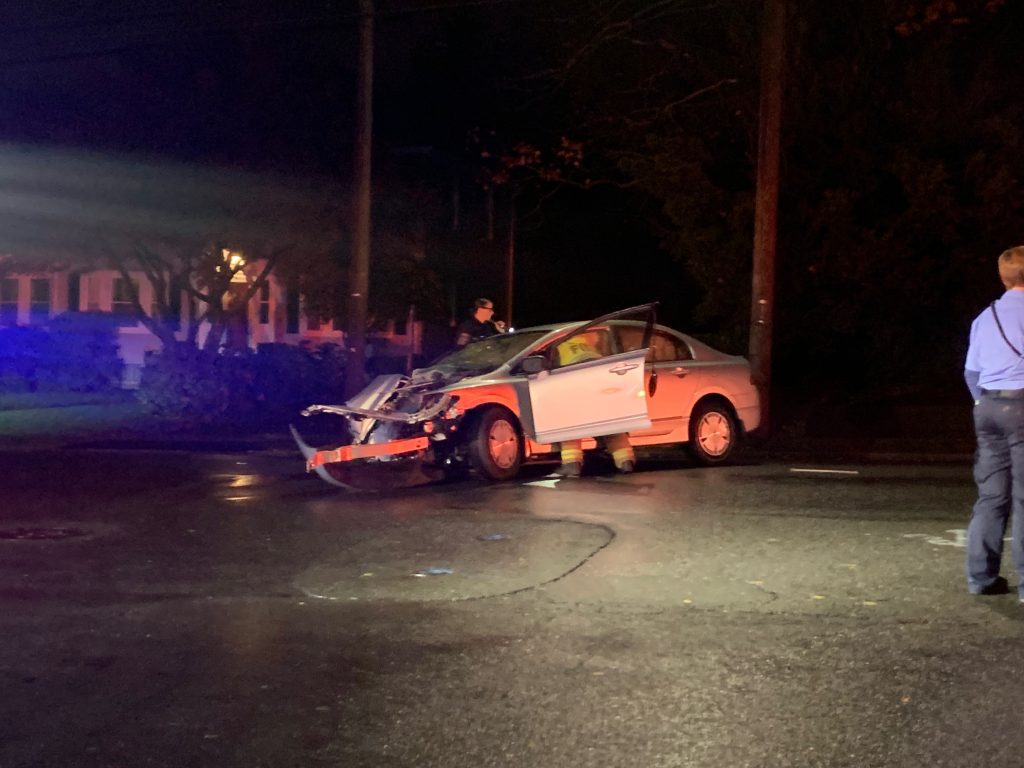 Police said the crash happened in the vicinity of 349 South Main Street at 11:49 p.m. Saturday. The driver, who was the sole occupant of the vehicle, was out of the car when emergency crews, including from the police, fire, and American Medical Response, arrived at the scene.

The driver was taken by ambulance to a local hospital as a precaution, police said. No further information about the driver or nature of the injuries was provided by police.

The crash happened just south of Rockledge Golf Course, where the road curves, and is one of many crashes recently on that stretch of road.

It was raining, and the roadway was wet at the time of the crash.

According to witnesses who provided photos to We-Ha.com, the force of the crash sent the car’s engine flying across the road.

South Main Street was closed for hours for repairs of the utility pole by Eversource, but reopened around 9 a.m. Sunday.