West Hartford Police are offering tips to the community to guard against “distraction style” thefts, two of which have recently been reported this month to have occurred in the parking lots of local supermarkets. They have also released surveillance photos of the suspects (captured at other locations) from what appear to be unrelated but similar incidents and are asking the public for assistance identifying the suspects.

According to Sgt. Amanda Martin, the first reported incident took place on Feb. 1 in the parking lot of the Bishops Corner Whole Foods store at 340 North Main St.

An elderly female victim told police that she was approached by a male suspect holding something in his hand. The suspect gestured toward the rear of the woman’s vehicle, she told police, seemingly to draw her attention to an issue with her tire.

“The victim spoke with the male who then walked away,” police said. “After the encounter, the victim determined her wallet had been stolen and fraudulent charges were made on several credit cards.” 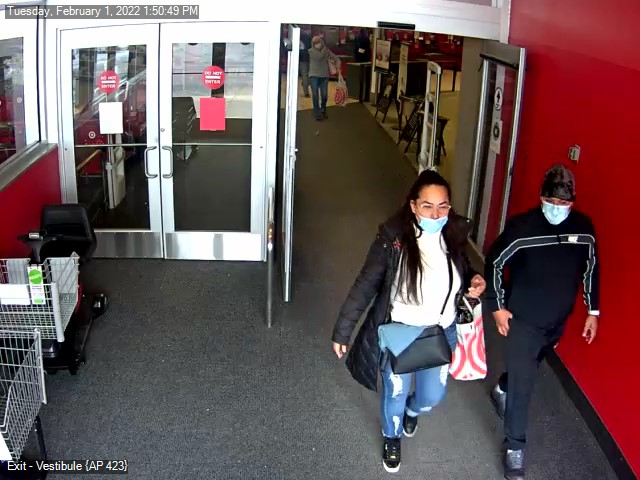 A similar incident took place on Thursday, Feb. 24, when a man tapped what appeared to be a tire tool on the window of a vehicle that was parked in the lot outside Trader Joe’s at 1489 New Britain Ave. in Corbin’s Corner. An elderly female, who was in the car, assumed she had a flat tire and got out of the car, police said.

According to police, the male walked the woman around the car to the tire at the rear passenger side, but nothing appeared wrong with the tire.

“The male suspect walked away and the victim re-entered her vehicle and noticed her wallet was stolen and fraudulent charges were attempted on several credit cards,” police said. 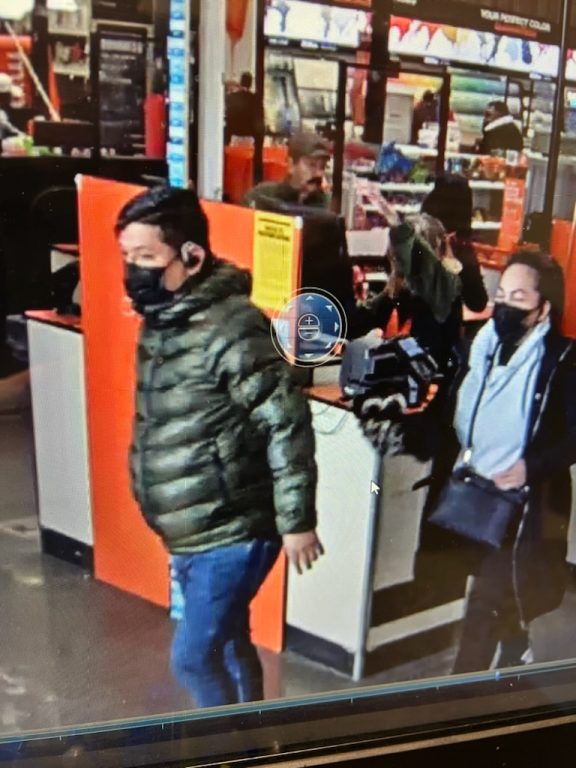 Man in dark jacket with black mask is the suspect in a distraction theft at Trader Joe’s in Corbin’s Corner. Courtesy of West Hartford Police 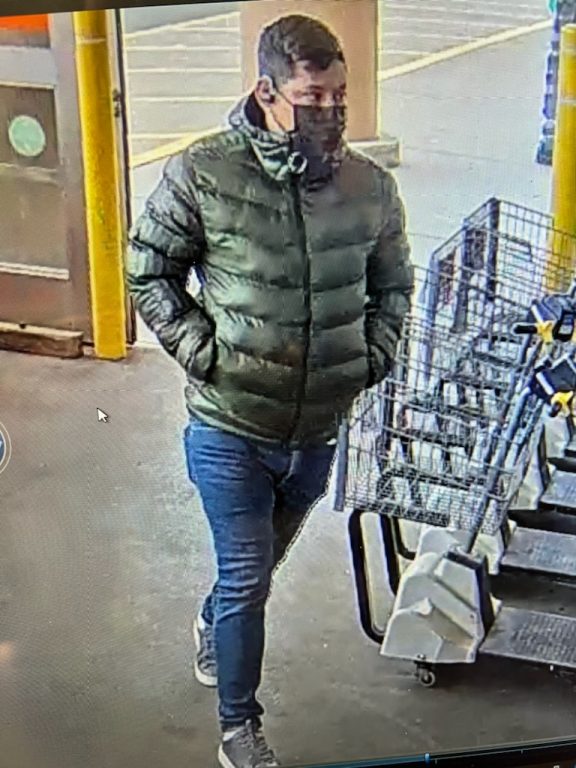 Man in dark jacket with black mask is the suspect in a distraction theft outside Trader Joe’s in Corbin’s Corner. Courtesy of West Hartford Police

While the images of the suspects in these two incidents do not appear similar, the style of the theft is nearly identical, Martin said.

The suspect in the Feb. 1 incident does match the description of a suspect who stole a wallet from the purse of an elderly victim at a Whole Foods in Westport, Martin said. In that case, fraudulent charges were made with the victim’s credit card.

West Hartford Police is working with Westport Police as well as the retailers to try to develop further information about that suspect.

Anyone who recognizes either of the suspects, or has more information about the incidents is asked to contact the West Hartford Police at 860-523-5203, or via the Tip Line at 860-570-8969 or by email at [email protected].

In addition, Martin and West Hartford Police offered the following information and preventive tips to avoid being a victim of these types of thefts: