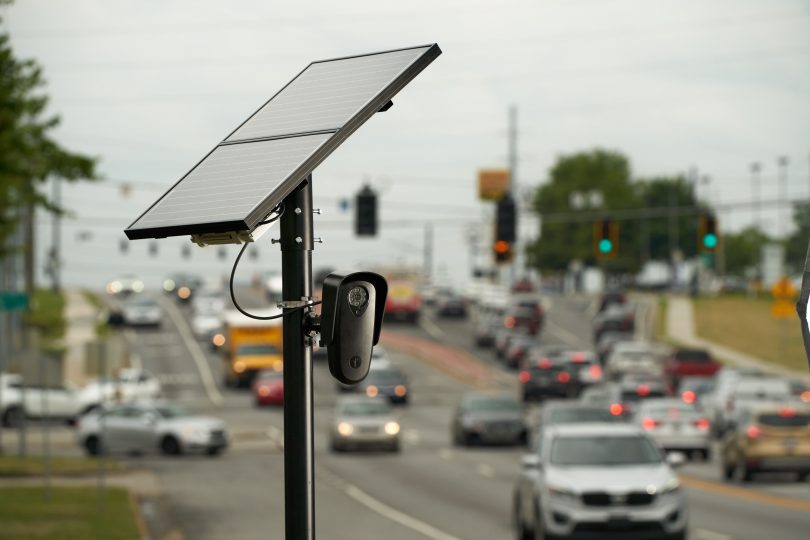 The West Hartford Police Department will be testing an initial set of 13 license plate reading cameras as part of an effort to prevent criminal activity as well as to solve crimes.

The West Hartford Police Department announced this week that 13 automated license plate readers will be installed in town, and the plan is to test and evaluate the equipment provided by Flock Safety as part of an overall effort to utilize camera systems to assist with safety and security.

The automated license plate readers (ALPR) are part of an overall effort to invest in technology, and will be paid for through funds West Hartford has received through the American Rescue Plan Act (ARPA).

“This is a component of our future public safety system,” Chief Vernon Riddick told We-Ha.com. “We’ve talked about our desire to go to a camera system. We call it a force multiplier. … It’s to keep people safe and a deterrent to crime.”

The ALPR system will alert police in real time when a vehicle identified as stolen, or a known or wanted suspect from a state or national crime database enters the town, or a vehicle involved in an Amber Alert or Silver Alert is detected.

The ALPR cameras are solar powered and utilize LTE to transmit data, so no infrastructure is required.

The cameras are engineered to capture only license plate information and vehicle characteristics – objective information and not details about who is driving or obtain images of who is in the vehicle.

“We are trying to have them positioned to they will catch only vehicle information and license plates. That’s the intent,” Riddick said.

“These are not ‘red light cameras,'” Riddick added. They are not intended to be used for minor traffic or parking violations, but rather to assist in reducing and solving significant property or violent crime incidents.

Each search requires a justification, and the data is never sold or shared with third parties,” West Hartford Police said in the announcement, and an updated policy related to usage of the system will be maintained.

Riddick said West Hartford previously had a license plate reader camera system installed, but the program was discontinued around 2009 because the technology at the time was inadequate. He said most larger police departments currently have ALPR systems in place.

West Hartford Police already implemented a video sharing program. Launched in late 2020, the department has created a registry of external video surveillance systems that are already in place at residences and businesses throughout the community. Police do not have direct access to those cameras, but benefit by knowing where information may be available for assistance in detecting crimes as well as identifying, apprehending, and convicting individuals associated with criminal activity.

After an initial trial, which Riddick said is expected to last 45 days, the department will evaluate the performance of the 13 Flock Safety ALPR cameras. Equipment from another manufacturer will be tested as well before a vendor is chosen.

The department also plans to implement a more extensive camera surveillance system in town to assist with safety and security. The Town Council approved use of ARPA funds for investment in the surveillance systems in December 2021, at an estimated cost of $500,000.

All of the camera systems are intended to be used for public safety, to view public spaces, and will not be positioned to see inside homes or businesses, Riddick said.

“The chief has been talking about this technology ever since he has been here,” Acting Town Manager Rick Ledwith said. “It will play an integral role in helping us solve and reduce crime in West Hartford.”

Flock Safety systems – which are intended to help neighborhoods, community organizations, and law enforcement work together – are already in use in more than 1,500 communities nationwide, by more than 1,200 law enforcement agencies, the company’s website states. The Atlanta-based company was founded in 2017.

“We build devices that capture objective evidence and use machine learning to detect and deliver unbiased investigative leads to law enforcement. Flock Safety communities have reported crime reductions of up to 70 percent,” states the company website.

“Flock Safety data will never be shared without permission, sold to third parties, or used for unpaid fines, unauthorized viewing outside of a legitimate crime-related event, or kept in a library. The footage is fully encrypted and stored in the cloud. All footage is deleted after 30 days on a rolling basis, unless a democratically-electedgoverning body or official legislates a different retention period,” the company states.