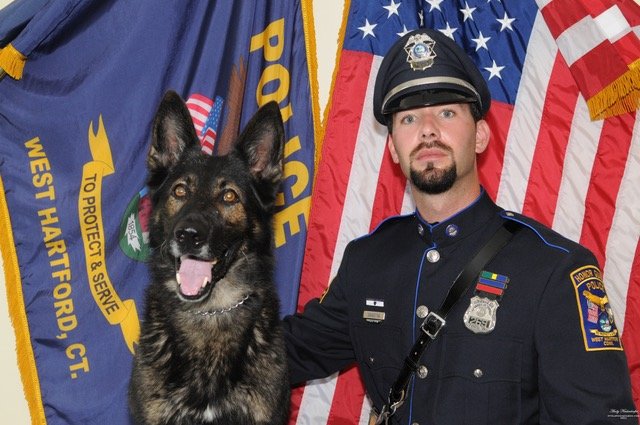 K9 Reign, who after retirement became a pet to his former handler, Det. Rosario Savastra, died on Wednesday, May 24. 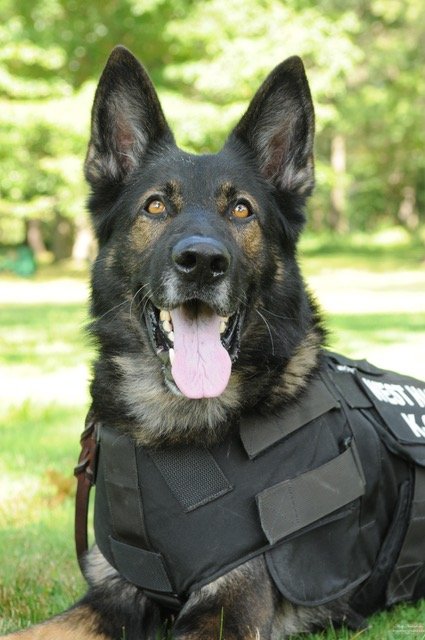 The West Hartford Police Department announced the sad news Thursday that K9 Reign, who retired in 2012, passed away Wednesday at age 14.

K9 Reign, who after retirement in 2012 became the family pet of his former handler, Det. Rosario Savastra and his wife, Andrea, had been suffering from severe degenerative back issues and earlier this week became unable to walk, said Lt. Eric Rocheleau.

Rocheleau said that he picked Reign up in a K9 cruiser on Wednesday and drove him around town for his last official ride. Reign was happy to be back in a cruiser again.

“We drove by the police station, and about 30 police officers were outside and saluted,” said Rocheleau. “He is a retired officer to us, and we still honor him.”

After the cruiser ride, K9 Reign lay down in the grass in his own backyard and was euthanized at 6 p.m. Wednesday by a veterinarian, with the Savastras at his side.

“I have nothing but great things to say about Reign,” Rocheleau said.

Rocheleau was formerly a K9 handler and said he helped select Reign and train him. He used to pet sit for Reign when the Savastras would go on vacation, and said that he was a fantastic dog.

“He was just a great K9 to see at work,” Rocheleau said. Reign was high energy and had a bit of an “attitude,” but that just added to his appeal. Everyone – handlers, officer, the community – form a strong attachment to the K9s, and they are attached to the people.

“He was a serious police dog, and you wouldn’t want to go near his car when he was working,” Rocheleau said, but when he was at the station, he would bound around and play. Even after his retirement, K9 Reign continued to visit the police station.

“He was excellent at police work, but also great at outreach, a very well balanced dog,” said Rocheleau. He was great with kids, and they could safely pet him. He knew the difference between work time and play time. 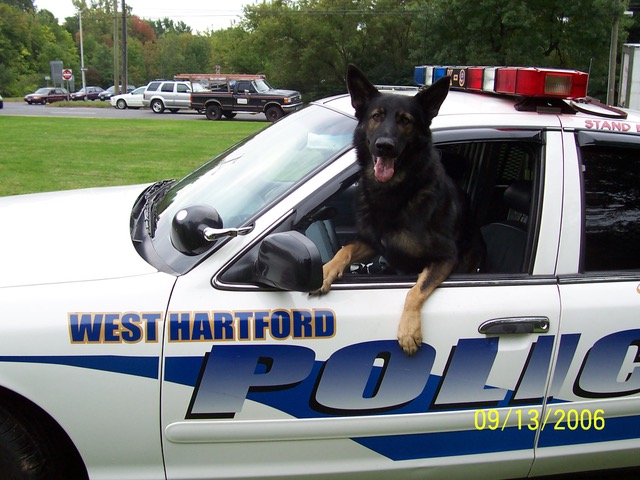 Rochealeu’s own K9, Kora, retired in August 2011 and died just a few months later, in Jan. 2012. He said that the West Hartford Police have two active dogs, K9 Jett and K9 Axel, but K9 Reign was the last of the living retired dogs and the only one of this six or seven dogs with which he had trained who was still alive.

“Fourteen is old for a shepherd and very old for a police dog,” Rocheleau said. Most die within a year of retirement, sometimes because health issues lead to retirement, or because the dogs can’t handle being retired.

Inserv Pet Crematory in Manchester offered to cremate K9 Reign at no cost because he was a police dog. The Savastras will have custody of Reign’s paw print and the urn with his ashes.

According to West Hartford Police, Reign was born in the Republic of Czechoslovakia in 2002 and received his initial training in Holland.

He was purchased by the West Hartford Police Department in 2006, and then-Off. Savastra became his handler after Reign received further training through Renbar Kennels.

Reign and Savastra were a successful team for six years, and police provided the following highlights: “K9 Reign located burglars in buildings, most notably a burglar hiding up inside the ceiling of the Colt Building in Hartford, made countless drug finds, most notably a hidden drug trap inside a vehicle which yielded several bundles of heroin and a stolen handgun, tracked own countless suspects and missing persons, most notably a 1.5 mile track of a robbery suspect through woods, neighborhood yards and streets, apprehended several people and preformed a successful bark and hold of a suspect wanted for a violent domestic violence incident.”

When K9 Reign retired, his new responsibility was protecting his family and home. “As expected, Reign has also fulfilled this duty with distinction,” police said in a statement.

In a statement, the West Hartford Police Department said that K9 Reign will be missed by all, and the department “is indebted to Reign for his years of service.” 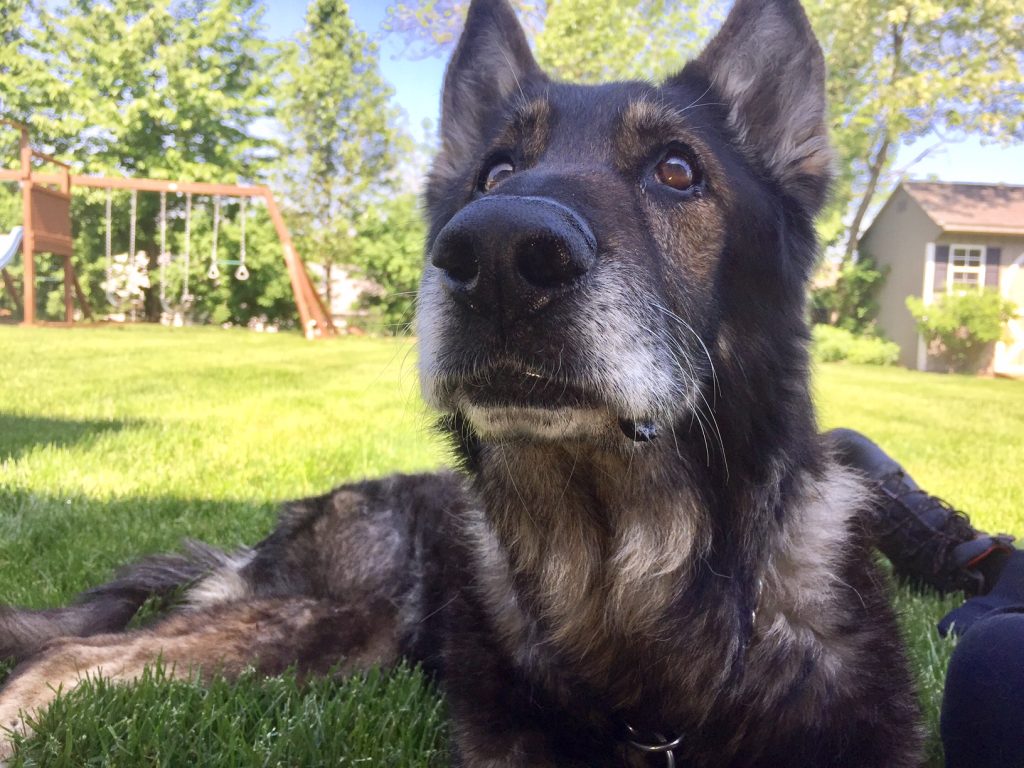 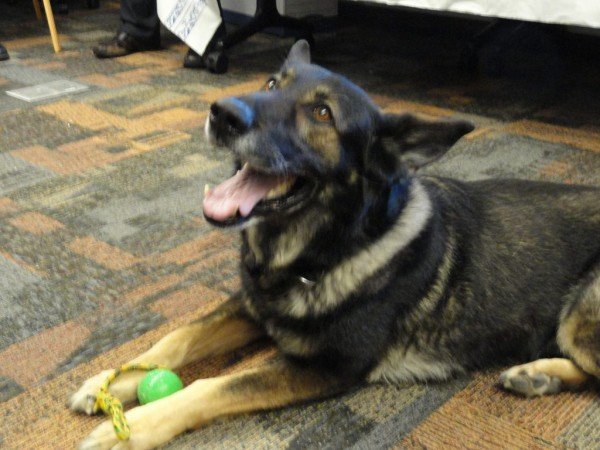