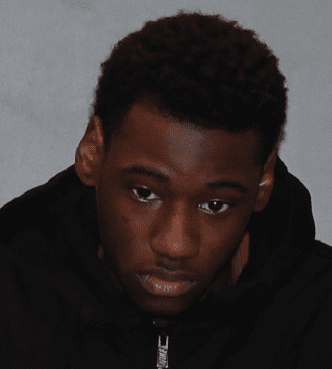 A man selling a vehicle through Facebook was held up at gunpoint during a test drive, but managed to thwart the attempted carjacking by a suspect who was out on bond for a case involving a similar incident.

A Hartford man has been charged with a slew of offenses after attempting to carjack a West Hartford man during a test drive of a vehicle listed for sale on Facebook.

West Hartford Police arrested Clifford Walker, 19, of Baltimore Street in Hartford, on Thursday. Police said they were called to 198 South Quaker Lane by a man who had agreed to allow Walker to test drive a vehicle he was selling through Facebook.

According to police, Walker drove the vehicle around the block with the victim in the passenger seat, but then pulled over, “pointed a handgun at the owner and told him to get out.”

The victim struck Walker and was able to grab the gun – which turned out to be a BB gun, police said.

Walker fled on foot but was apprehended a short time later by West Hartford Police.

Walker was charged in this case with attempted first-degree robbery, attempted carjacking, having a weapon in a motor vehicle, and attempted second-degree larceny. He was held overnight on $250,000 bond for Thursday’s incident and due in court on Friday.

This was not the first time that Walker was charged with similar offenses. He was currently out on bond for a Dec. 14 arrest in a case involving theft of vehicle during a Craigslist transaction where he took the car for a test drive, asked the owner to get out, and then drove away with the vehicle.

There was also an outstanding warrant for Walker’s arrest for a Dec. 2 incident in West Hartford where a victim had a cellphone he was selling on Craigslist stolen at gunpoint. The victim’s vehicle was rammed by Walker as he fled the scene after stealing the cellphone, police said.

Charges included in the warrant for the Dec. 2 incident include first-degree robbery, third-degree larceny, fourth-degree larceny, second-degree threatening, evading responsibility, and other motor vehicle charges. The warrant carries a court-set surety bond of $25,000, and Walker will be processed on those charges Friday as well.

In October, West Hartford Police had arrested Walker and charged him with third-degree larceny and interfering with an officer after he was found driving a stolen vehicle taken during a carjacking in East Hartford. He had been released on $50,000 bond in that case.