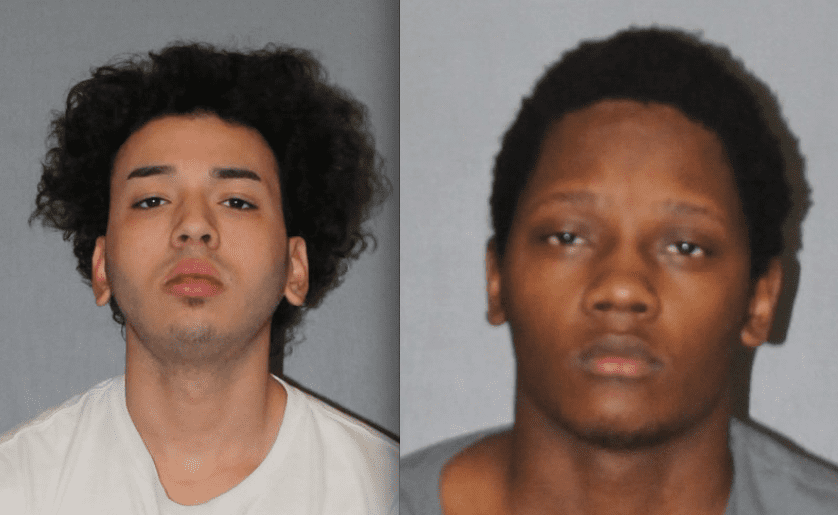 West Hartford Police have arrested five teens – including three juveniles – in connection with an armed robbery complaint that occurred in the parking lot of the Verizon Wireless store at 1479 New Britain Ave. in Corbin’s Corner on Thursday evening just after 9:30 p.m.

According to police, officers responded to a call from a victim in the parking lot who was sitting in a car waiting for a friend who worked at the Verizon store when he was robbed at gunpoint.

“The suspect opened the door and stuck a gun in his face and demanded his phone and money,” West Hartford Police Lt. Ted Stoneburner said. The victim turned over his iPhone but had no money, Stoneburner said.

According to Stoneburner, there was a 6-month-old baby in the car with the victim.

The victim was able to obtain a partial plate number as well as the make of the suspect’s vehicle, and as West Hartford Police were still collecting information, they learned that Farmington Police were pursuing a vehicle that matched the description and plate number and had just been involved with an armed robbery on Route 6.

According to Farmington Police Lt. Colin Ryan, officers responded to a report of an armed robbery at Cumberland Farms at 352 Scott Swamp Rd. at 9:48 p.m. A woman who had been pumping gas was reportedly robbed at gunpoint by a black male who fled east on Scott Swamp Road in a silver SUV.

According to Ryan, officers spotted a vehicle matching the description in the parking lot of the Exxon gas station at 6 Colt Highway and when the suspects saw police pull into the lot they fled eastbound with the officer in pursuit.

Several Farmington officers joined the pursuit, Ryan said. Although the exact speed of the chase will not be confirmed until after internal review, Ryan said it exceeded 90mph and continued for 9.3 miles on a roundabout route that led into West Hartford.

West Hartford Police joined in the chase. Stoneburner said he did not have any information about how fast the West Hartford vehicles were traveling during the pursuit. No one was injured, he said.

The vehicle was stopped on South Main Street near the intersection with Park Road, and police said that the five suspects in the vehicle were taken into custody. The stolen property from the two robbery victims was found inside the vehicle, and two handguns were also recovered, police said.

According to Stoneburner, one of the juveniles was allegedly the suspect who robbed the West Hartford victim at gunpoint outside the Verizon store.

All three juveniles, who are also from Waterbury, were turned over to juvenile court.

Farmington Police expect to charge all five suspects by warrant for the Cumberland Farms robbery as well as the pursuit, Ryan said.

“It was a successful conclusion, good police work all around,” Ryan said.