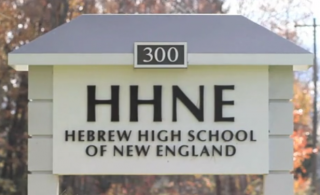 West Hartford Police and West Hartford Fire officials searched the Hebrew High School of New England at 300 Bloomfield Ave. in West Hartford Monday morning after a bomb threat was called in at 10:43 a.m.

According to police, nothing suspicious was located and after a search the school returning to normal activities.

The nature of the threat was similar to that made against the Mandell JCC on Jan. 18, 2016, West Hartford Police Lt. Eric Rocheleau said.

Police took the threat very seriously, “but we did not think there was a bomb in the building,” Rocheleau said.

Police said that other threats were received Monday morning at Jewish community centers and Jewish day schools in other states.

This incident will be reported to the FBI, police said.

The West Hartford Police Department plans to continue its work with faith-based leaders throughout the community to identify security concerns.