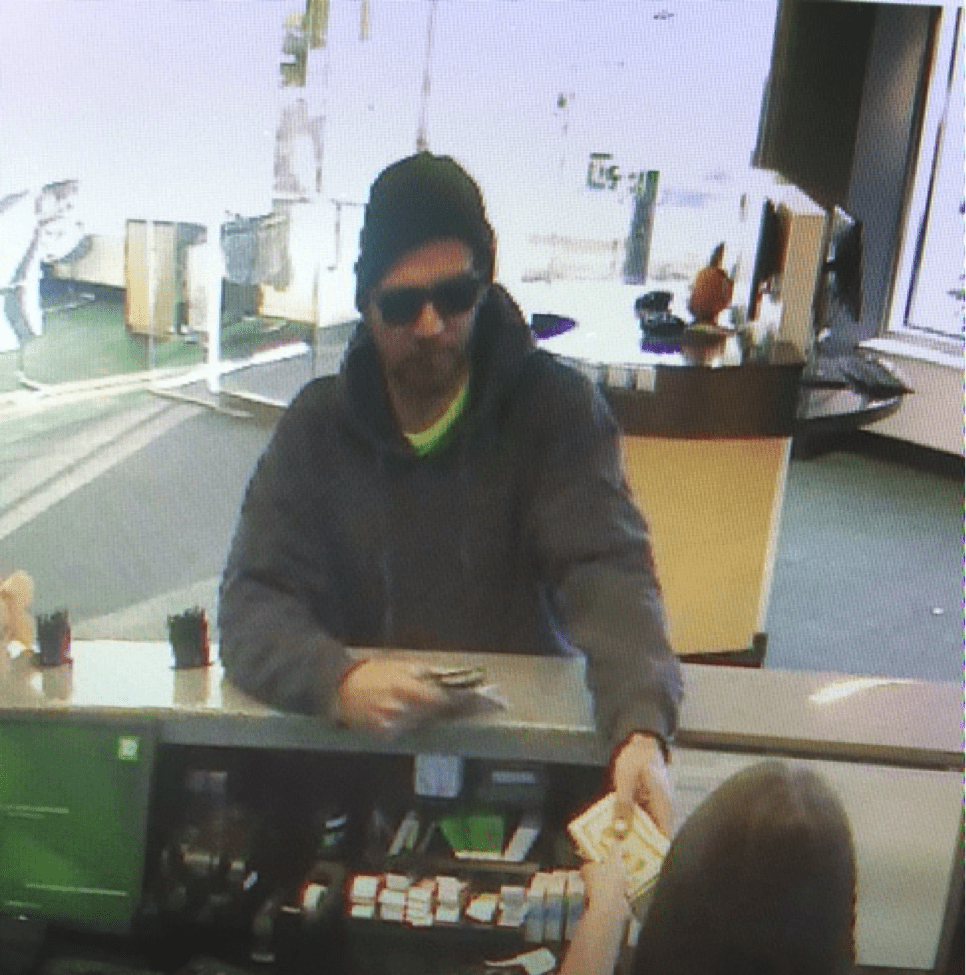 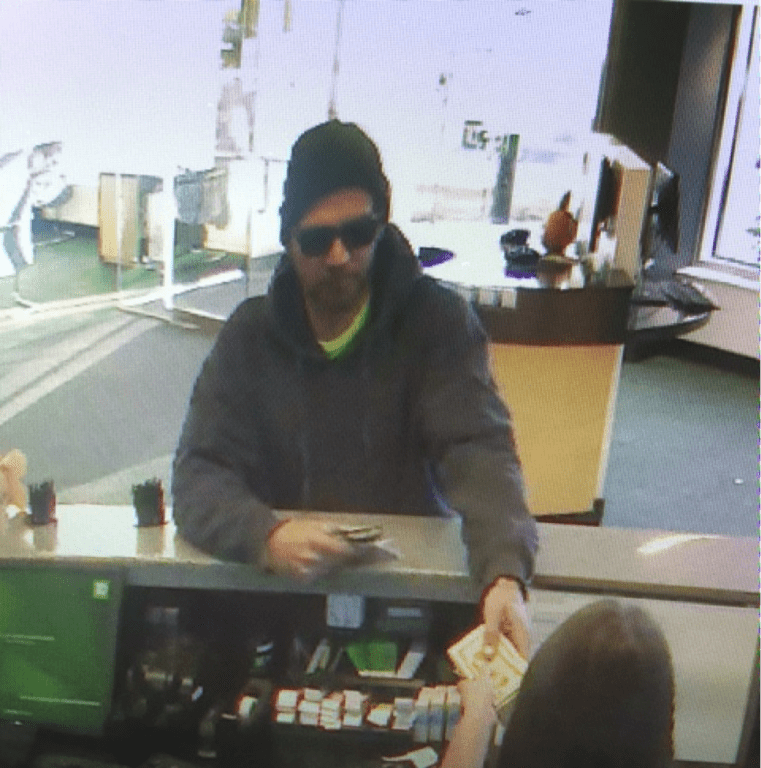 West Hartford Police have released surveillance photos and are seeking the public’s help in identifying a suspect in the Thursday morning robbery of the TD Bank branch at 333 North Main St. in Bishops Corner.

Police responded to the scene when they received an alarm notification at 8:27 a.m. Thursday and discovered that the robbery had occurred.

Police said that according to bank officials, the suspect entered the bank through the rear door (facing west, the side that is away from North Main Street) and gave a teller a note demanding cash. According to police, the suspect threatened to hurt her if she did not comply.

The suspect did not show or imply a weapon, police said. The suspect was given an undisclosed amount of cash and left through the same rear door.

The suspect is described as a white male, in his 30s, approximately 6 feet tall with a “stocky” frame. He was last seen wearing a charcoal gray hoodie sweatshirt, light-colored jeans, tan work boots, black knit hat, and sunglasses. Police said that he has brown hair, an overgrown beard and stubble.

Police do not have a description of the getaway vehicle at this time.

Anyone with information is asked to call West Hartford Police at 860-523-5203 and ask for the detective division. 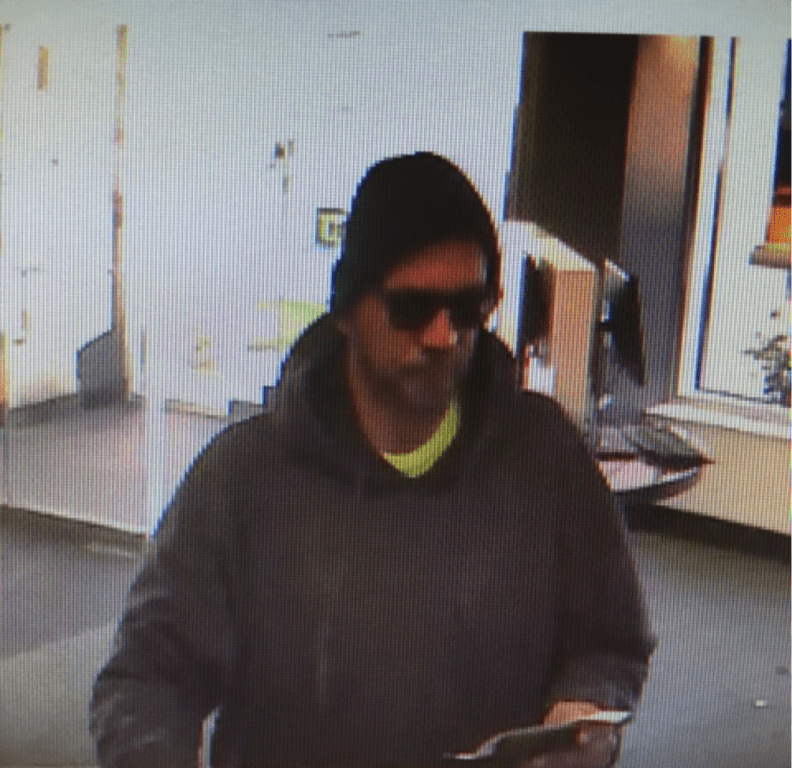