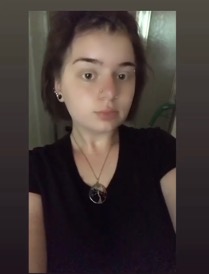 UPDATED, Jan. 21, 6:45 p.m. West Hartford Police said Rachel Goulet, who had been missing since Jan. 19, has been located

West Hartford Police issued an updated news release at 6:45 p.m. on Saturday, Jan. 21, and said that Rachel Goulet, who had been missing since Thursday night, had been located.

The following is the statement issued by police: “As a result of diligent investigative efforts, Rachel has been located and is being reunited with her family.  Thank you to our partners in traditional media, and thank you to everyone on social media for sharing this story.”

West Hartford Police are asking for the public’s help in locating Rachel Goulet, 16, who has been reported missing.

According to police, when she left the house she told her parents that she would return in 15 minutes, but did not return and has not been seen since then. Police said that she. may not be taking medication that has been prescribed to her.

A silver alert has been issued, and she has been entered into National Missing and Unidentified Persons System (NamUs), with information shared with other law enforcement agencies.

Police describe Rachel as a white female who is 5 feet 2 inches tall and weighs approximately 160 pounds. She was last seen wearing a black puffer jacket, blue jeans, and black sneakers, and was carrying a backpack. She has brown eyes, and her hair color may be the same as pictured – although reports indicate that most recently it was blond – and police said it may be a different color because she changes it frequently.

Her family also stated that she has a tattoo on her collarbone that says “perfectly imperfect.”