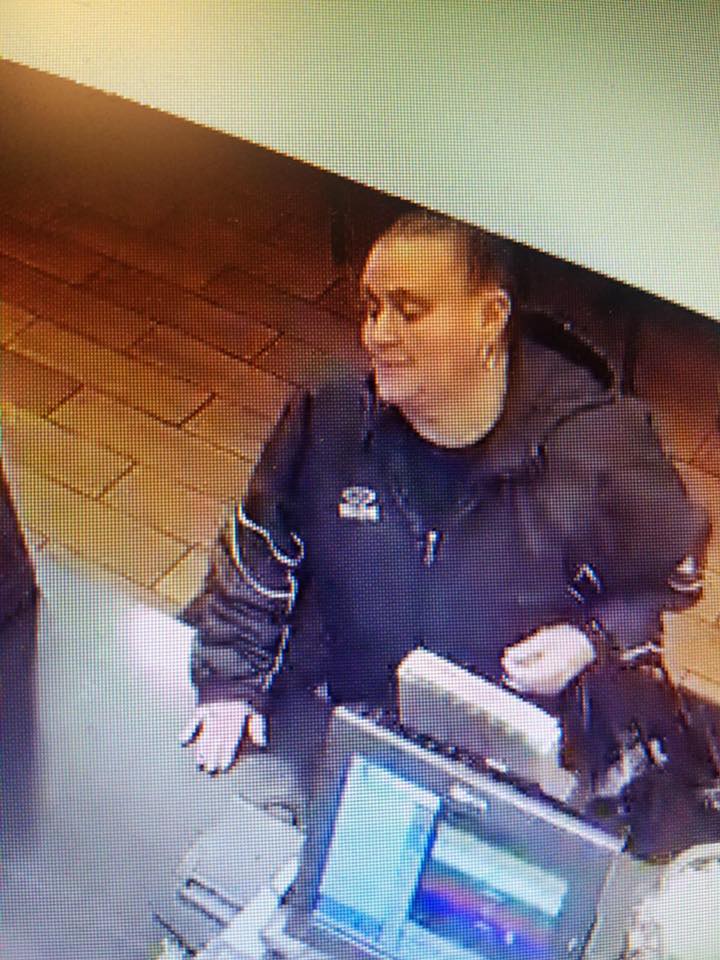 West Hartford Police released a surveillance photo of a woman who stole the tip jar from Moe’s Southwest Grill in Bishops Corner.

West Hartford Police are seeking to identify the woman in the photo above, and are asking anyone who might recognize her to contact them.

According to Capt. Michael Perruccio, the woman in the photo stole the tip jar from the counter of Moe’s Southwest Grill at 772 North Main St. in Bishops Corner. The theft occurred at approximately 2 p.m., on Monday, Nov. 26.

The theft was captured by surveillance equipment, and the image was provided to police by the restaurant.

Police did not release information about the amount of money that was in the tip jar at the time, although according to reports on Facebook it was a significant sum.

“Any help that the public can provide is appreciated,” Perruccio said. “This is all part of keeping our town safe.”

Anyone with information should contact West Hartford Police at 860-523-5203.