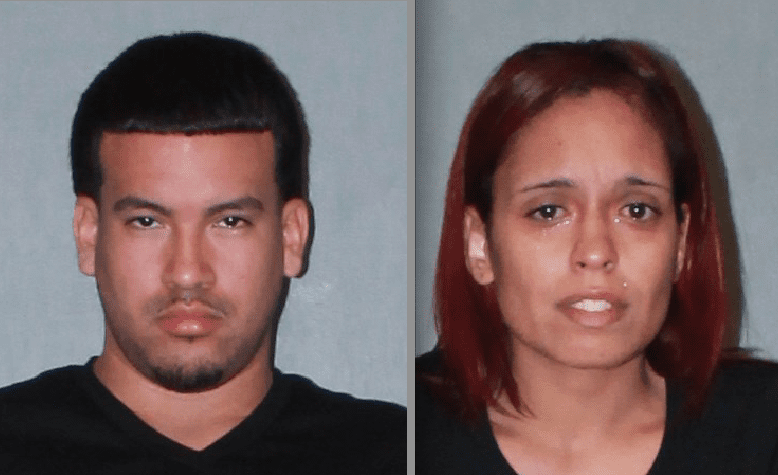 West Hartford Police stopped a vehicle with heavily tinted windows, and charged two people after discovering drugs and weapons inside.

A West Hartford Police Department Community Interaction Team officer stopped a vehicle Tuesday because it had heavily tinted windows, and two of the three occupants were arrested on multiple charges.

According to police, a vehicle was stopped on Flatbush Avenue near the intersection with Newfield at 12:08 p.m. Tuesday. The officer reportedly smelled burnt marijuana, and the driver, Barbara Rodriguez, 28, of West Hartford, admitted to having a blunt according to the police report.

Police asked all three occupants to step out of the vehicle and said that the passenger in the backseat, Jimmy Gonzalez, 23, of Hartford, was observed with the handle of a handgun sticking out of his waistband. Gonzalez was “taken to the ground and handcuffed,” police said in a report, and the weapon fell to the ground.

Police recovered the weapon, a fully-loaded Colt Python .357 handgun, and six rounds. Police searched the vehicle and also found a sum of cash totaling $2,936, 39 bags (12.2 grams) of crack cocaine, and 4.8 grams of marijuana.

The third occupant of the vehicle was released at the scene and was not named by police.