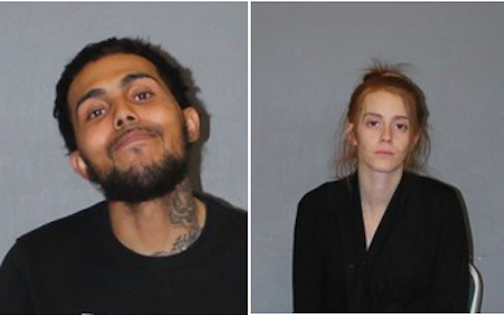 West Hartford Police said it appears that a suspect who distracted a man in a West Hartford parking was an accomplice to suspects who stole the victim’s vehicle at gunpoint. [Updated, March 23, 2022]

A 42-year-old man who was meeting a potential buyer for his car in the parking lot of a West Hartford condominium complex Tuesday afternoon instead had the vehicle stolen at gunpoint after he was distracted by a “distressed motorist” that police believe was connected to the crime.

Sgt. Amanda Martin said police were called to 108 Oakwood Ave. at 12:34 p.m. Tuesday after receiving a report of a carjacking.

The victim told police that he was selling his car and had arranged to meet a potential buyer in the parking lot. When he went outside, he went to assist another person in the parking lot who appeared to be in distress.

A silver BMW also pulled into the parking lot, according to police, and while the man was assisting the “distressed motorist,” a suspect exited the BMW and approached the victim, displayed a handgun, and demanded the victim hand over his keys.

The victim was not injured, police said.

The victim’s vehicle was recovered a short time later in Manchester, police said.

West Hartford Police on Wednesday released the names and photographs of the two individuals arrested in the incident.

Gregory O. Ortiz, 29, of Newington Avenue in New Britain, has been charged with first-degree robbery, conspiracy to commit first-degree robbery, third-degree larceny, conspiracy to commit third-degree larceny, and carrying a pistol without a permit. He was held overnight on $250,000 surety bond and scheduled to appear in Hartford Superior Court on Wednesday.

Online court records indicate that both Ortiz and Antonetti have been previously charged with motor vehicle violations. Antonetti has also been convicted on charges of disorderly conduct, criminal mischief, and probation violation, while Ortiz has charges of fifth- and sixth-degree larceny, among other charges, pending in the court system.

Police have not yet identified the individual who acted as the distraction, Martin said, and West Hartford Police as well s the Greater Hartford Auto Task Force are actively investigating the incident.

Anyone with further information about this incident is asked to contact the West Hartford Police Department at 860-523-5203 or via the anonymous Tip Line at [email protected] or 860-570-8969.