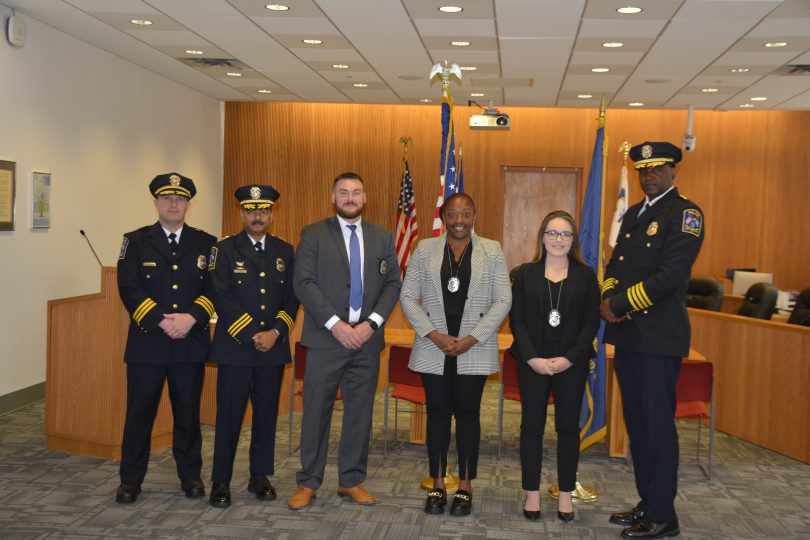 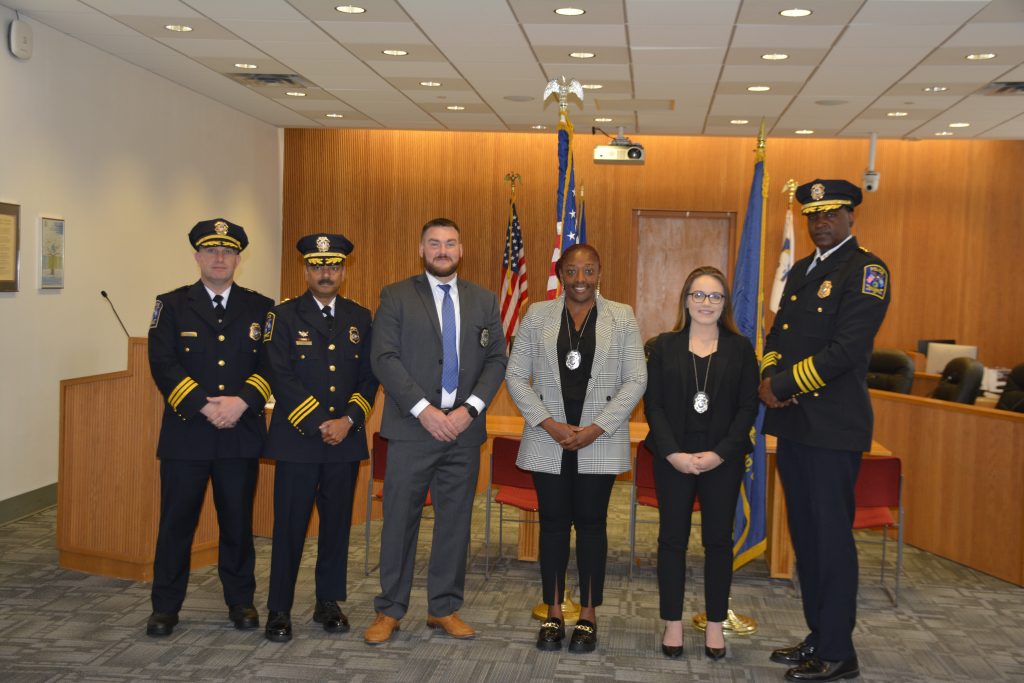 Three new officers were sworn in as members of the West Hartford Police Department at a ceremony Wednesday morning at Town Hall.

Andrade is already a sworn police officer, employed for the past two years in Henrico County, VA, focused on “drug interdiction and making the community a safer place” according to his biography.

A native of Martha’s Vineyard, MA, Andrade graduated from Martha’s Vineyard Regional High School and then enlisted in the Marine Corps where he served four years as a light armored infantryman. After his honorable discharge, he relocated to Virginia and and worked in overseas private security contracting before joining Henrico County Police.

He is currently participating in the field training program with the West Hartford Police Department’s Patrol Division.

Weir is a Connecticut native who graduated from Windsor High School in 2014. She continued her education at Southern Connecticut State University, Goodwin College, and Capital Community College, earning her associate’s degree in general studies in 2021.

She is the first member of her family to pursue a law enforcement career.

Weir will begin her training at the Connecticut Police Academy in Meriden on Friday, and after graduation will undergo field training with West Hartford Police.

Fagan is from Long Island, NY, and a graduate of Comsewogue High School in Port Jefferson Station. She went on to attend Western Connecticut State University where she earned a B.S. in justice and law administration, with a concentration in law enforcement and a minor in psychology in 2020. This May, she earned an M.S. in criminal justice from Long Island University.

Fagan is a first-generation college graduate, and a third-generation law enforcement officer. She will join Weir at the Connecticut Police Academy on Friday, followed by field training in West Hartford. 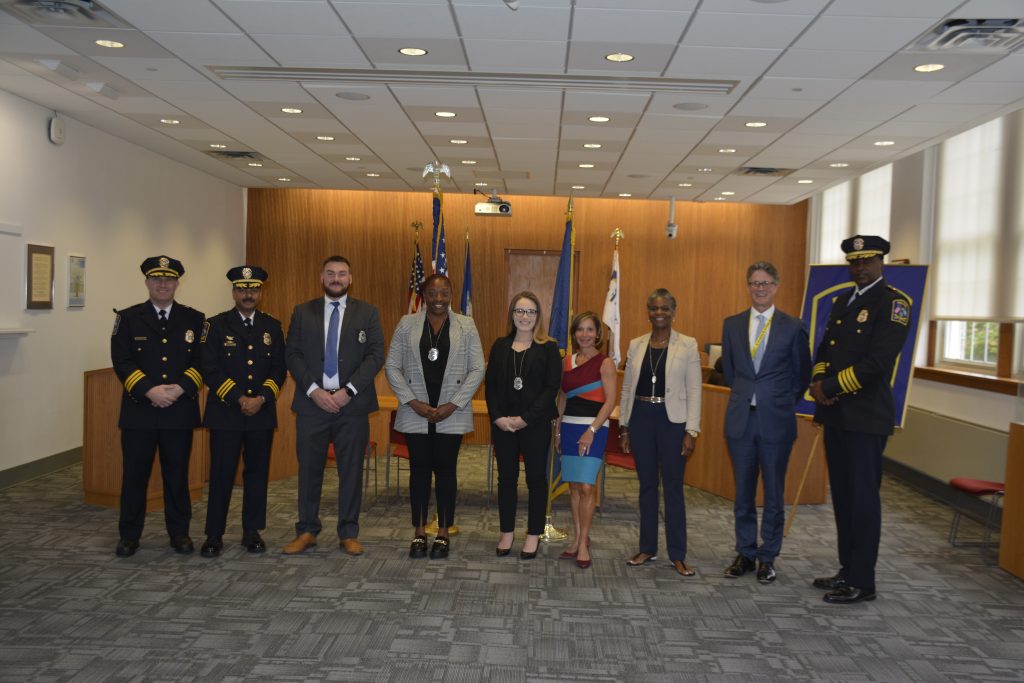