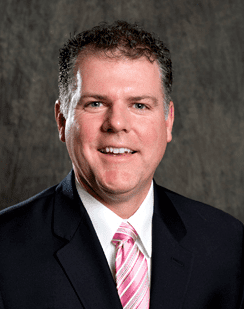 Dennis Swanton is the new chairman of the West Hartford Republican Town Committee.

The West Hartford Republican Town Committee elected a new slate of leaders of leaders at its March 28 meeting, and longtime resident Dennis Swanton was the unanimous choice for the organization’s new chair.

“It is an honor to be nominated and elected to this position,” Swanton said in a news release. “I look forward to working with the committee members and our town leaders to ensure that West Hartford continues to be a great place to live, work and learn.”

Swanton, a corporate accounts manager for Halyard Health, is a long-time Republican Town Committee member who has extensive volunteer experience. He is currently a member of the St. Peter Claver Knights of Columbus and is a Eucharistic minister. He is also co-president of the War-Chiefs Sports Council – the booster club that supports Conard and Hall high school sports.

Akin is a lifelong West Hartford who is a graduate of Conard High School, Fordham University, and the University of Connecticut School of Law. He works for Leone, Throwe, Teller & Nagle.

Syrek is president of a commercial construction trade association that represents 200 companies across the state of Connecticut.

As co-vice chairmen, their responsibilities will include recruitment of new members and candidates.

Langan is a West Hartford native and Conard graduate who works as sales manager for Nxegen, a Middletown-based energy consulting and contracting firm. He is also a member of the West Hartford Exchange Club.