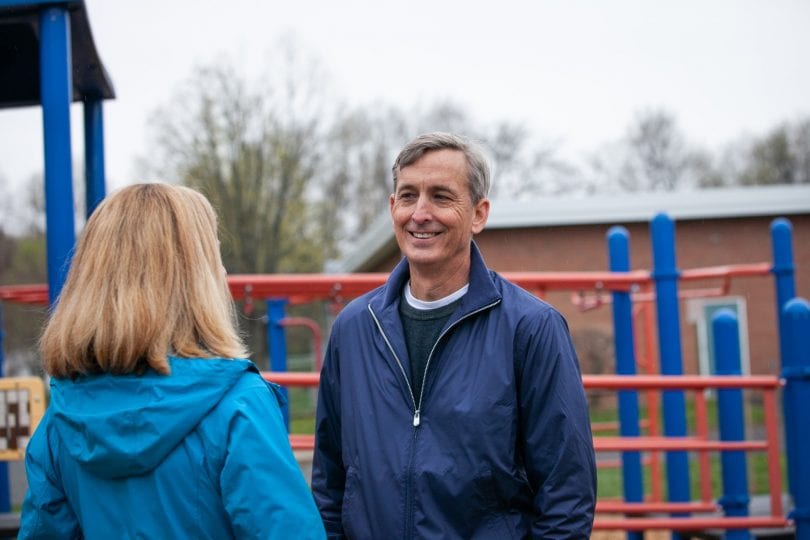 Dr. Larry Lazor of West Hartford announced this week that he plans to seek the Republican nomination for Connecticut’s 1st Congressional District.

A West Hartford resident announced Wednesday that he plans to seek the Republican nomination to run for Congress in Connecticut’s 1st District in 2022.

Dr. Larry Lazor, 59, a West Hartford resident who has been an OB/GYN at Hartford Hospital since 1990, says he is a “moderate Republican.”

“I’m running for Congress to help fix our broken political system and to build a better future for your family, and the great state of Connecticut,” Lazor said in a statement. “We’re all frustrated with politics in Washington D.C. and today the Republican Party is in a fight for its soul. The Republican Party has a history of great leaders like Abraham Lincoln, Teddy Roosevelt, and U.S. Senator Margaret Chase Smith. As the next Congressman for Connecticut’s First Congressional District, I will work each and every day to bring decency and common sense back to Congress.”

Lazor said that he and his wife have lived in the Hartford area for more than 50 years, and they have three children.

“I’m a moderate Republican who believes we all benefit from a strong economy and promotion of business development. I believe in common sense solutions and that our two political parties need to change to make our government work effectively,” he said in a statement. He said that “trust and a vision for the future” will be needed for Republicans to be successful in the state, and that he values “sound proposals, honest rhetoric, and respectful arguments.”

Lazor is looking to challenge U.S. Rep. John Larson, 72, a Democrat who has held the 1st District seat since 1999. Larson is a member of the House Ways and Means Committee, and chairs the Social Security Subcommittee.

The last Republican to serve in the House of Representatives from Connecticut was Christopher Shays, who served from 1987 until he lost the 4th District race to Jim Himes in 2008.

“It has been over a decade since Connecticut elected a Republican to Congress and over 30 years since one was elected to the United States Senate,” said Lazor, who in his announcement states that his campaign “supports a break from the dishonest narrative and divisive vitriol that led to the January 6th attacks on the United States Capitol building.”

More information about Lazor can be found at www.lazorforcongress.com.