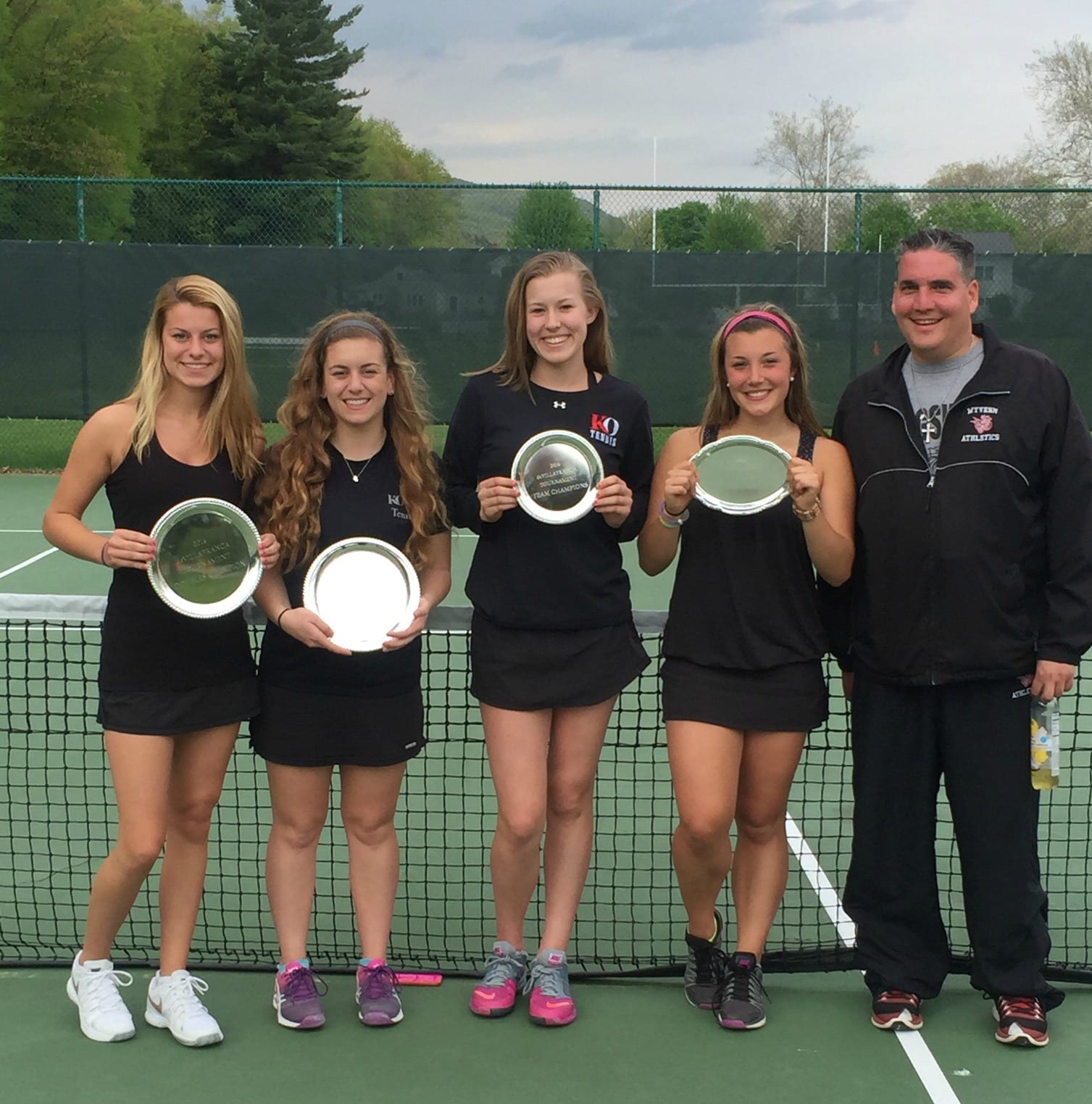 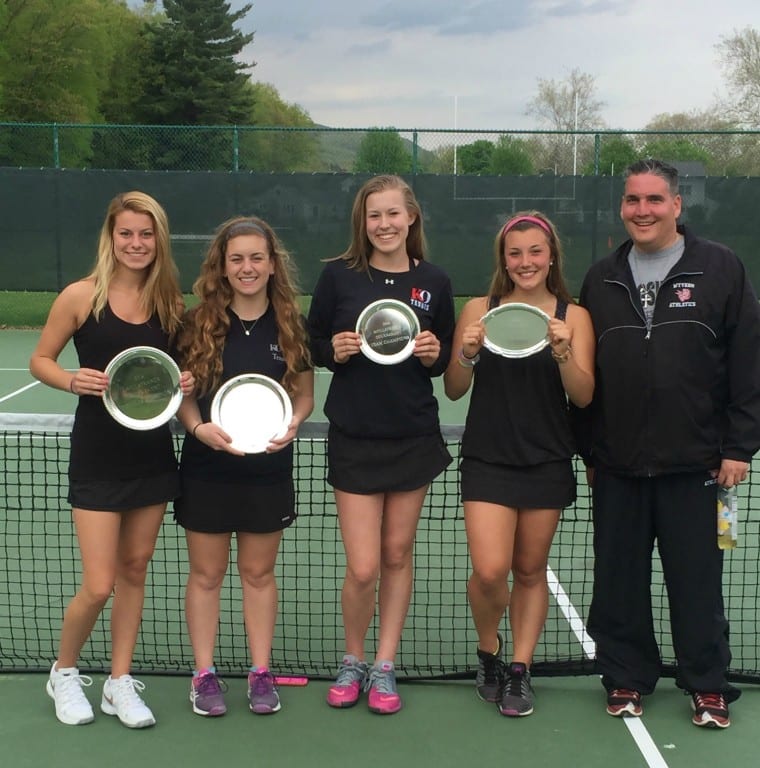 For the sixth time in the past eight years, Kingswood Oxford’s Varsity Girls’ Tennis team placed first in the 10-team Coe De Villafranca tennis tournament, which was hosted by Kent School on May 14. This year, Andover amassed the same number of points (75) as the Wyverns, so the schools were named co-champions.

As is tradition for this event, each team brought its top four players, who played in three separate brackets: #1 singles, #2 singles, and #1 doubles.

At #1 singles, Lexi Kubas ’19 of Ellington won four matches before losing in the semifinals to the eventual champion from Greenwich Academy, securing a third-place finish in the first singles draw.

Hebron resident Allie Perron ’16, playing #2 singles, won 5 matches – including an emotional comeback in the semifinals against Hotchkiss – before losing in the finals to Andover. Her second-place finish set the stage for KO’s ultimate team victory.

Playing #1 doubles, Olivia Shea ’16 of West Hartford and Morgan Risinger ’16 of South Glastonbury won all six of their matches, beating a very solid Greenwich team in the finals to finish first out of ten teams, securing the win for KO.