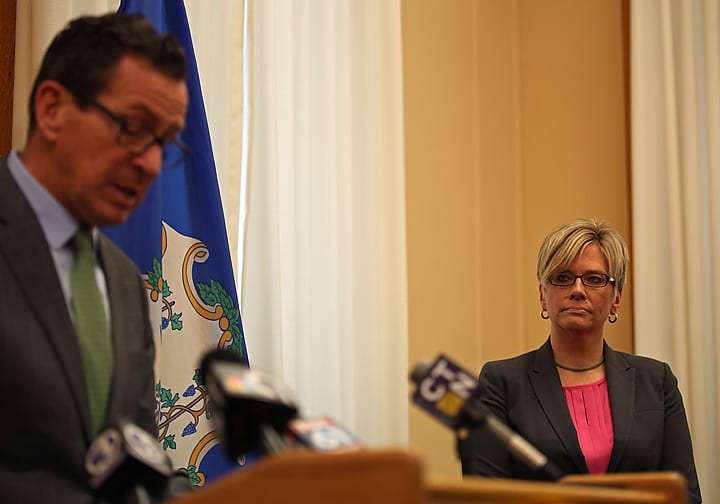 Ingrid Moll is introduced by Gov. Dannel P. Malloy as an Appellate Court nominee on Tuesday. Photo courtesy of CTNewsJunkie.com

Superior Court Judge Ingrid Moll has been nominated for a position on the Appellate Court.

“Since 2014, Judge Moll has served on the Superior Court with distinction,” Governor Malloy said. “She will bring with her a great amount of experience and competence to the Appellate Court.”

“I thank Governor Malloy for nominating me to serve on the Appellate Court,” Judge Moll said. “It is an honor and privilege to have this opportunity. If I am confirmed, I will work every day to prove myself worthy of this important position.”

Judge Moll became a judge of the Superior Court in April 2014, after having been nominated by Governor Malloy and approved by the General Assembly.

Prior to her appointment to the bench, Judge Moll was a member of the Hartford law firm Motley Rice LLC. She worked as a law clerk for the Honorable David M. Borden of the Connecticut Supreme Court from 1999 to 2001.

She received Bachelor of Arts degrees in political science and French from Wheaton College in Wheaton, Illinois in 1995 and a Juris Doctor with honors from the University of Connecticut School of Law in 1999.