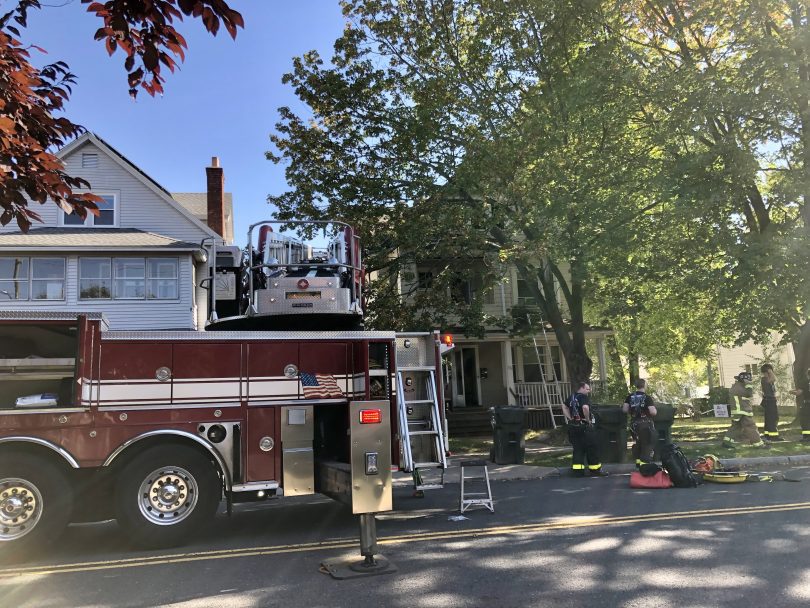 The West Hartford Fire Department responded to a fire on the third floor of a multi-family home on South Highland Street Wednesday morning. 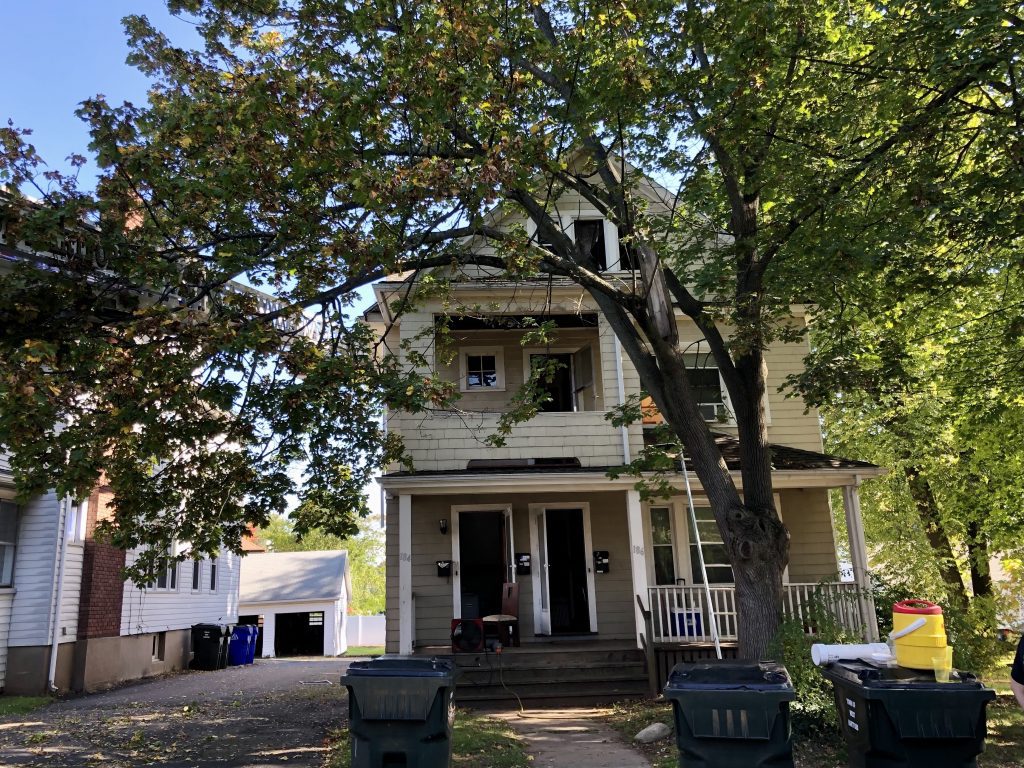 One person is being treated a local hospital for non-life-threatening injuries and a cat was the victim after a fire gutted a third-floor apartment of a multi-family home in West Hartford on Wednesday.

According to Battalion Chief Jarrad Smith, the fire at 184 South Highland was reported at 11:03 a.m. Wednesday and the first unit was on the scene at 11:06 a.m.

“When we arrived we had smoke visible from the rear of the structure,” Smith said. Flames were also visible, he said.

“As crews started to work they determined that they had a well-involved fire on the third floor of the apartment building,” Smith said.

The occupant of the third floor unit was the only one home at the time the blaze started, and despite being injured was able to self-extricate the building on his own. “He did sustain injuries in his escape,” Smith said and was treated at the scene by fire department paramedics and then transported to St. Francis Hospital by ambulance for further treatment of non-life-threatening injuries.

The resident had relayed his concerns to the dispatch center about his cat remaining in the unit, and after ensuring that there were no human occupants left in the building, firefighters made every effort to locate the cat, Smith said. They were able to find the cat remove it from the premises. “The crews here made the best effort to give the pet a positive outcome,” he said.

Fire Chief Greg Priest said later that despite efforts to resuscitate the cat at the scene, and treatment at an emergency veterinary hospital, “the pet did not survive.”

The third floor unit is currently uninhabitable, Smith said. Officials from the West Hartford Building Department and Fire Marshal’s Office also responded to determine the status of the other two units.

“Between the heat, fire, and smoke damage, the third floor is completely uninhabitable at this point,” Smith said, but he said it will be up to the fire marshal to investigate and determine the cause of the blaze.

The fire was reported under control at 11:38 a.m., with no extension to the attic spaces, Smith said.

Rick Bush is the owner of the three-family home, that was built in 1919.

“Absolutely incredible, the response,” Bush said. He said firefighters “literally put themselves in harm’s way,” there was smoke everywhere but they were running into the apartment, breaking windows, and shooting water at the fire.

“The amount of people that were here in the short period of time … they are true super heroes. These are the people we should be honoring and paying respect to all the time. They save lives, they’re just amazing, they risk their own life and their own safety and security to help save property and other people’s possessions,” Bush said. 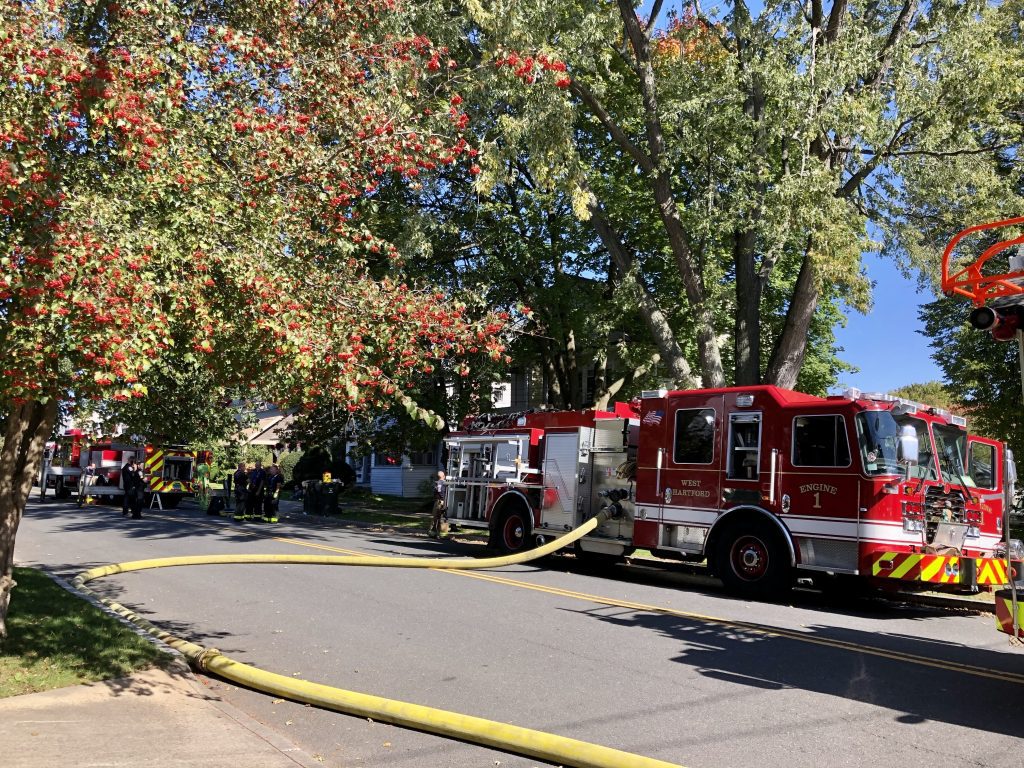 Several area fire departments – Hartford, UConn, and New Britain – assisted by covering the town while West Hartford units were committed at the fire, Priest said. There were no reported injuries to any responders.

Currently, the cause of the fire is under investigation by the West Hartford Fire Marshal’s office. 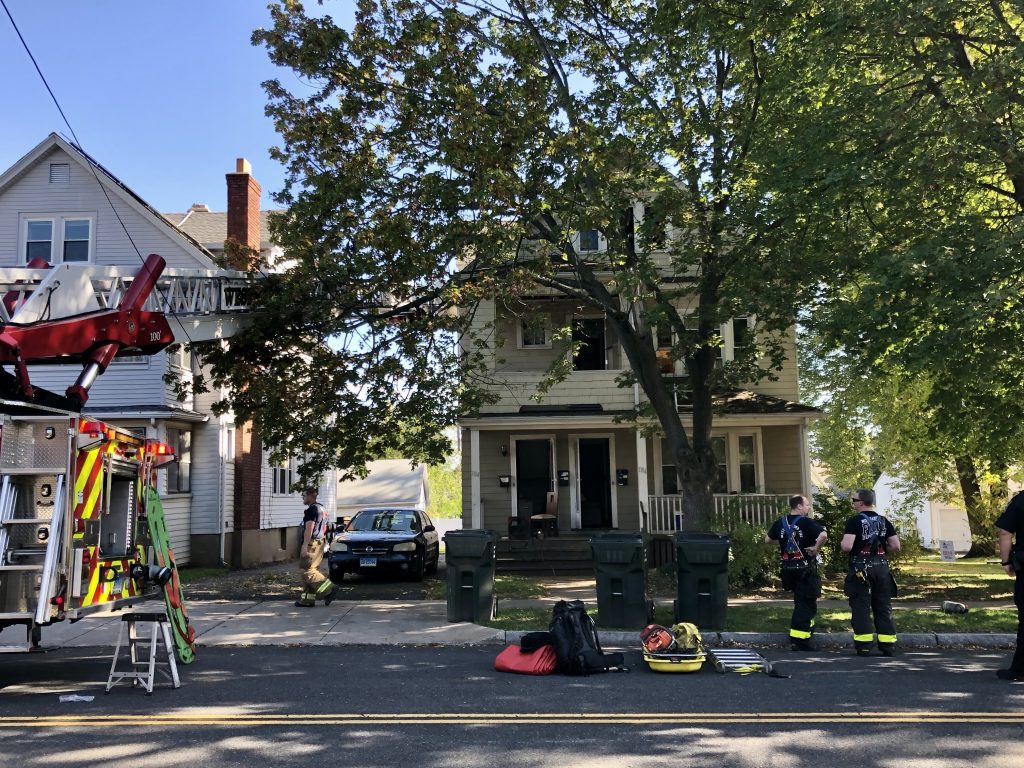 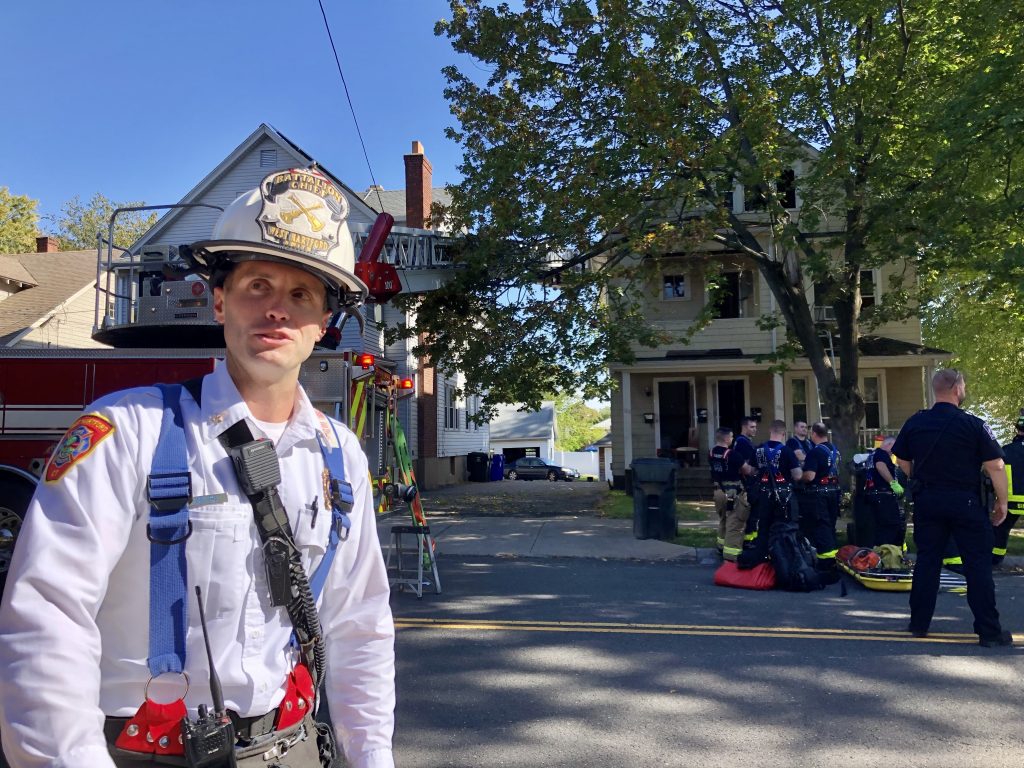 Battalion Chief Jarrad Smith at the scene after West Hartford firefighters knocks down a fire at 184 South Highland Street in on Wednesday. Photo credit: Ronni Newton