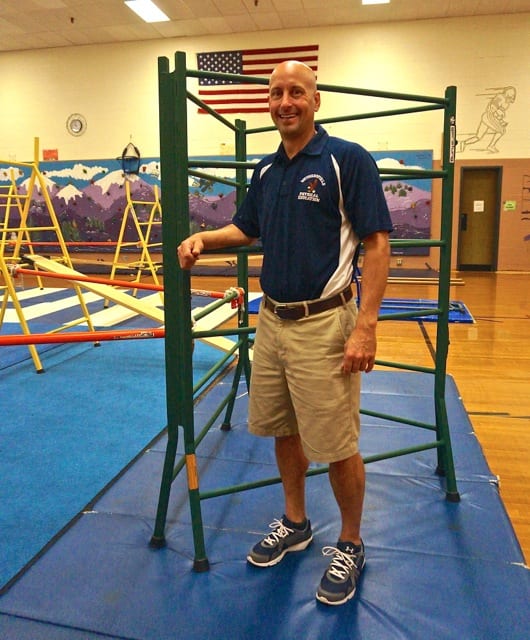 Kevin Kobelski, a longtime resident of West Hartford who also taught in the West Hartford Public Schools for nearly a decade, brings a unique philosophy to his physical education classes. 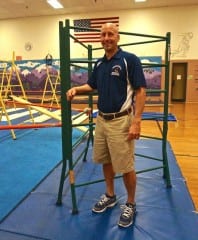 When he was named Wethersfield Teacher of the Year late last spring, West Hartford resident Kevin Kobelski was thrilled to be honored, and also happy for the opportunity to represent his fellow physical education colleagues. In the nine years he’s been teaching in Wethersfield, he doesn’t recall a physical education teacher ever receiving the honor.

Kobelski has taught at Highcrest Elementary School in Wethersfield since 2005. The 44-year-old graduate of Eastern Connecticut State University, a native of Montville, has lived in West Hartford for the past 16 years. His wife, Laurie, now teaches kindergarten at Norfeldt Elementary School in West Hartford, and that’s where his daughters Julia (10) and Ava (8) attend school.

Many remember Kobelski from the eight and half years he spent teaching at Webster Hill Elementary School in West Hartford, and many of his former students still emulate his style of wearing shorts all year long, even in a snowstorm. “I still wear them every day, although as a basketball ref I have to wear pants,” he said. “In my real life – no pants,” Kobelski said, although he admits to owning a suit he wears for formal occasions as well as a Halloween costume that includes long pants.

Kobelski thinks his philosophy about physical education, honed after 20 years of teaching, was one of the main reasons he was chosen as Teacher of the Year. “My lessons inspire the kids to think and not just copy. The kids are building strength the whole time and they don’t even realize it while they’re pushing, pulling,” he said.

Many of Kobelski’s lessons focus on movement, and his students use the apparatus – a sprawling playscape that he creates  –  in the gym for a full three months of the school year. (Kobelski said he would leave it up all year if he could.) He works with the students to create movement, and asks them open-ended questions. 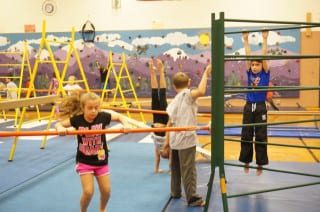 “Create a ‘straight and strong’ shape,” Kobelski tells the students in Sarah Meyers’ second grade class. The students jump up from the floor where they have been sitting quietly, and immediately position themselves on the apparatus – all forming some type of “straight and strong” shape with their bodies. Some hang, some stretch between pieces, one girl does a handstand.

Then he claps, and the students are immediately focused. He asks the students how they can make a straight and strong shape another way. “It gets them to stretch their thought process. We’re trying to get them to move in different ways,” Kobelski said.

His approach to physical education is not just about being good at an activity, it’s about movement and stretching not only the body but also the mind. “When we give the physical fitness test they don’t need to think. When we do basketball, I ask the kids to find different ways to travel with the basketball around the gym,” Kobelski said.

Even if the kids don’t have good “traditional” basketball skills, they can succeed. And for some, Kobelski said, the challenge is to be creative about it. “We don’t cater to an athlete – we cater to kids at every level. I’m not here to build a student to play Division I sports.” 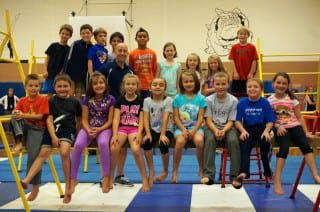 Kobelski’s contributions to Highcrest go far beyond just teaching his classes. “I try to have as many activities as possible, because they’re going to remember the ‘big moments,'” Kobelski said.

He started the “Turkey Bowl” flag football game each year, on the Friday before Thanksgiving, where teachers take on the school’s sixth graders. Parents come to watch, and they even have referees, wearing microphones, so everyone can follow the action on the field.

On Dec. 5, the school community will hold its annual Jingle Bell Run – another activity Kobelski brought to Highcrest. It’s a 1-mile run, with a donated toy as the entry fee, and nearly everyone in the school community participates, he said. “There are parents, kids, staff, moms with strollers. Some of the kids are really competitive, and some just want to be with their friends.”

He’s also brought some of the activities he started at West Hartford’s Webster Hill Elementary School to Highcrest. There’s the annual parent/teacher basketball game, which raises funds for the physical education department.

Like West Hartford, Wethersfield also now holds a townwide cross country meet. “This year there were 132 runners from five elementary schools. It’s a great opportunity to be part of a running event,” said Kobelski. “Running is something you can do for the rest of your life, and it doesn’t even cost much,” said Kobelski, who runs half marathons.

During one of those half marathons, Kobelski met “Dr. Dribble.” Both were running the Providence Half Marathon, but Dr. Dribble was doing it while dribbling two basketballs. “I ran up to him and chatted at around mile 9,” Kobelski said. “At the finish line I could hear him catching up to me.”

Kobelski got Dr. Dribble (aka Darren Weissman) to come to Wethersfield in March 2014 as part of the school sytem’s “artist in residence” program paid for by the PTO. The inspirational trainer, who also works with NBA players, “was amazing with the kids,” Kobelski said. Many are still trying to imitate him.

Kobelski will turn over his Teacher of the Year title to another Wethersfield educator in June 2015. He said that someday he might like to be a director of physical education, just like his mentor Gaetano Amato, the former director of physical education in West Hartford. Kobelski credits Amato, Nick Moffo, Joe Mancini, and Adrian Allen for shaping him into the teacher he is today.

In the meantime, he’ll continue to enjoy his job and his tenure as Teacher of the Year. “It’s really great for physical education. It puts such a positive spin on it. It’s not just free time.”