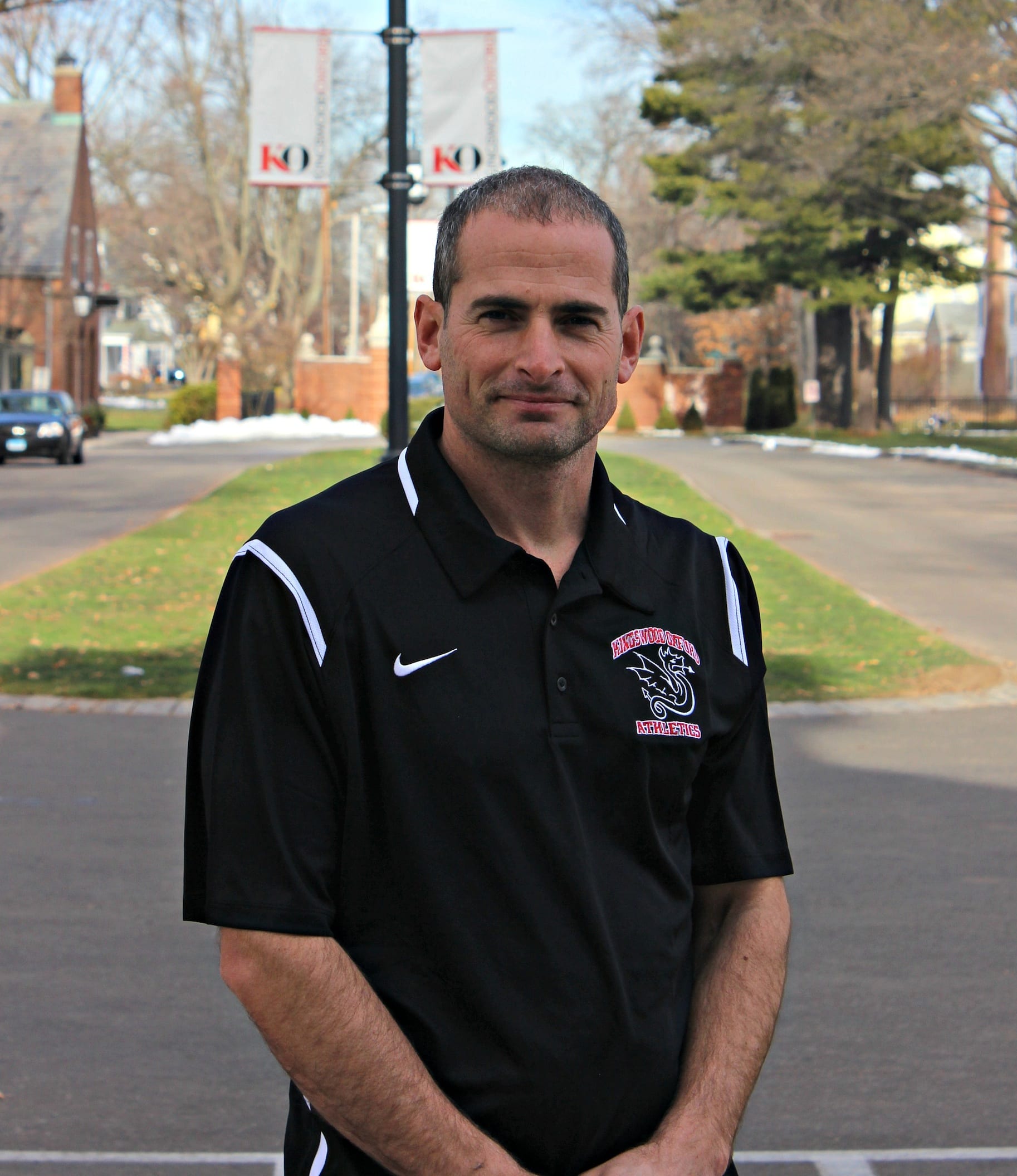 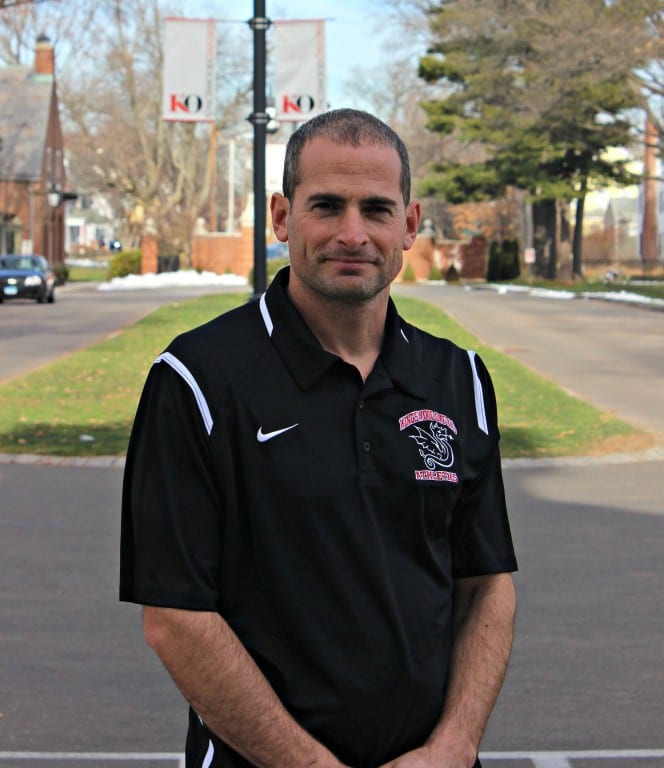 An A-licensed coach with the U.S. Soccer Federation, Wright brings more than two decades of professional playing and coaching experience to KO. He is also head coach of the Farmington Sports Arena’s U-13 premier boys soccer teams and director of its Juniors program.

“I am very excited that Paul Wright is joining our coaching staff,” said Athletic Director Debbie Fiske. “His vast experience as a player, coach, and administrator will be instrumental in player and program development. And, his character, knowledge, and leadership make him an excellent role model for our young men.”

A native of Gibraltar, Wright played soccer professionally in the United States, Spain, and England. As a Division 1 soccer player at Central Connecticut State University, he was named All-New England three times and tied the NCAA D1 record for most goals in a game, a distinction that still stands. He graduated from Central in 1999 with a B.S. degree in Exercise Science and Health Promotion.

Wright also served for six years as an assistant mens soccer coach at Central. During his tenure, the team made it to the NCAA Sweet 16 and won the Northeast Conference regular season championship in 2011.

“I am very excited to be joining the Kingswood Oxford family, and I look forward to the challenge of building the soccer program,” said Wright, who lives in West Hartford. “I would like to thank Athletic Director Debbie Fiske for her confidence in my abilities and for giving me the opportunity to lead KO soccer into a new era.”

The preeminent coed independent day school in Greater Hartford, Kingswood Oxford is located just steps from Blue Back Square and West Hartford Center. The 507 students come from 62 towns in Connecticut and western Massachusetts, as well as China and South Korea. The school is still accepting applications for September 2016 enrollment, but only those completed by Feb. 1 will be eligible for merit scholarships. Questions? Contact the Admissions Office at 860-727-5000 or [email protected].