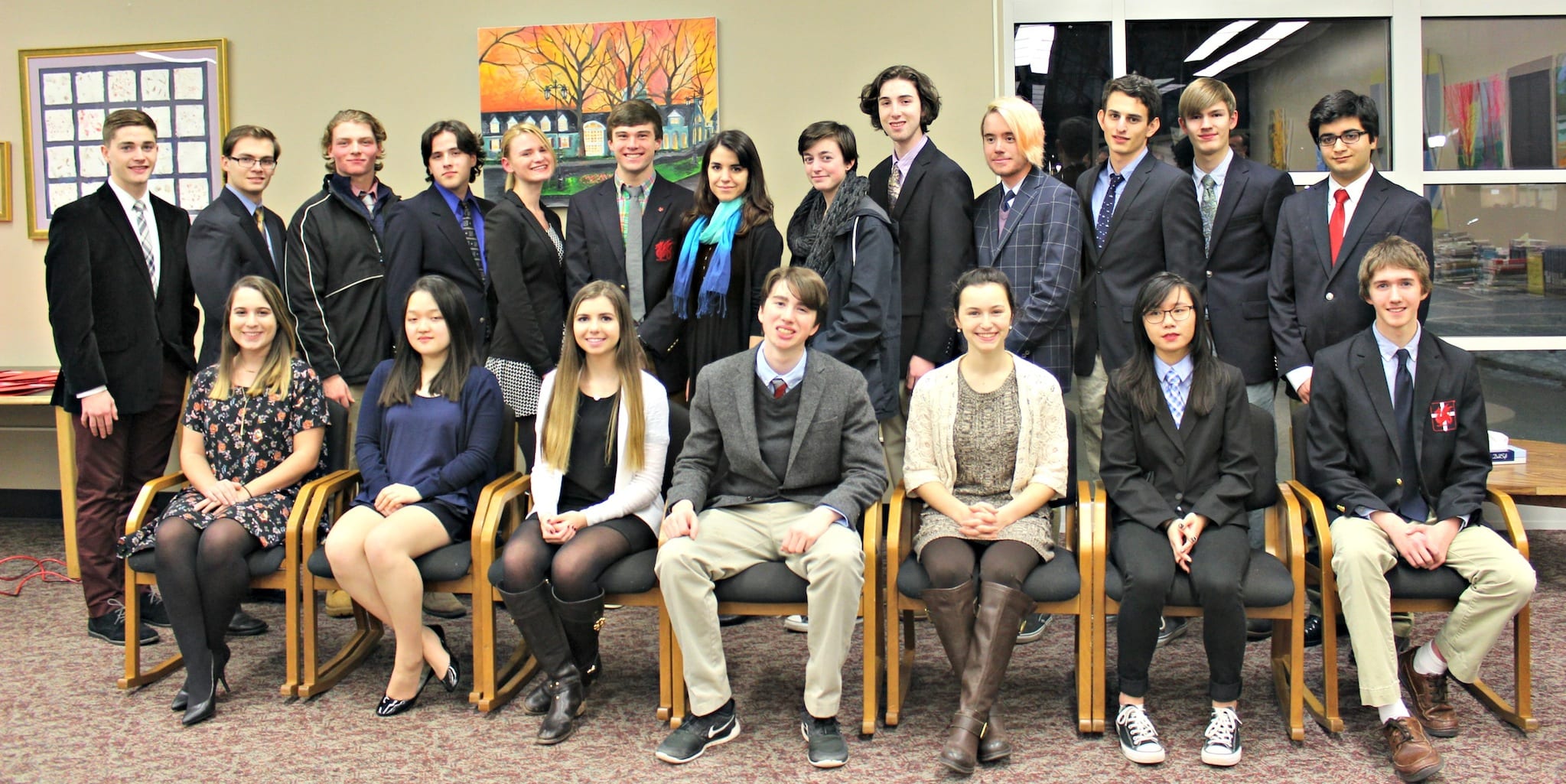 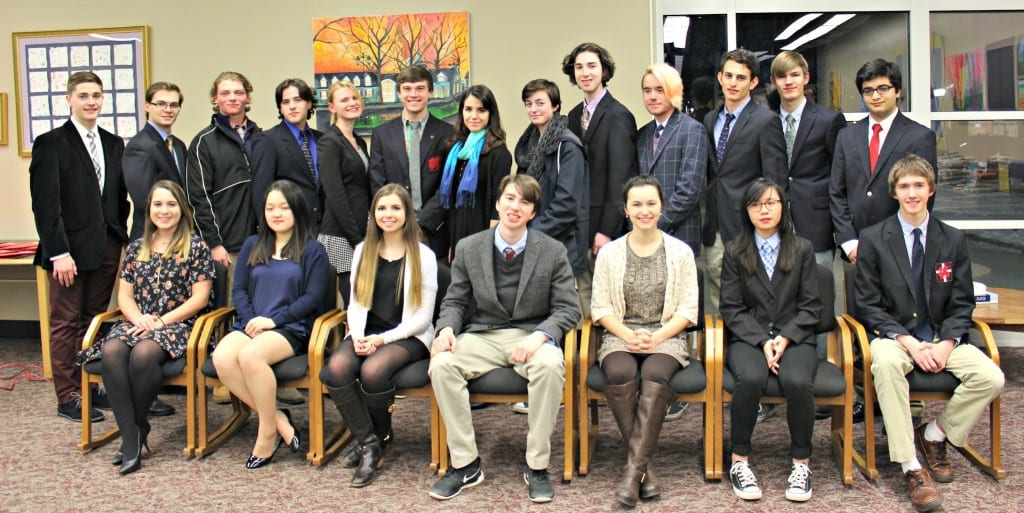 Head of School Dennis Bisgaard congratulated the students, as well, remarking that the inductees were not just scholars, but also actors, artists, athletes, and campus leaders.

Following the ceremony, the inductees and their parents, along with several faculty and staff, enjoyed dinner in Mead Dining Hall, featuring keynote speaker Caroline Chiappetti ’07, who grew up in Simsbury.

A second-year student at Harvard Law School, Chiappetti graduated from Williams College and has worked for a number of organizations focused on civil liberties and reproductive rights.

In her thoughtful and touching remarks, Chiappetti reflected on how well KO had prepared her for college and beyond. She concluded by encouraging the inductees to always “be critical, be creative, and be kind.”