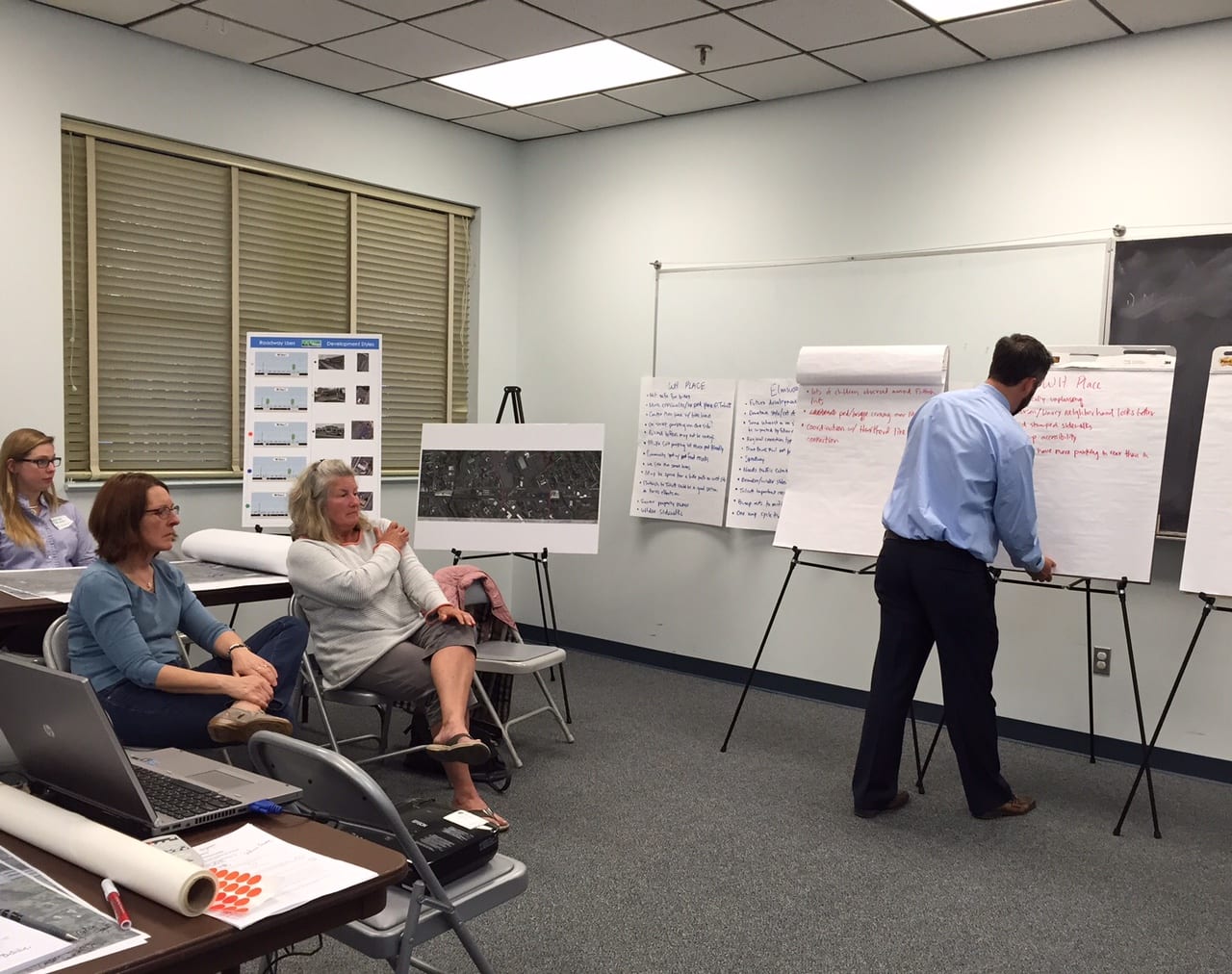 The public had the opportunity to share ideas for the future of West Hartford’s New Park Avenue corridor at a planning and design workshop on Tuesday. 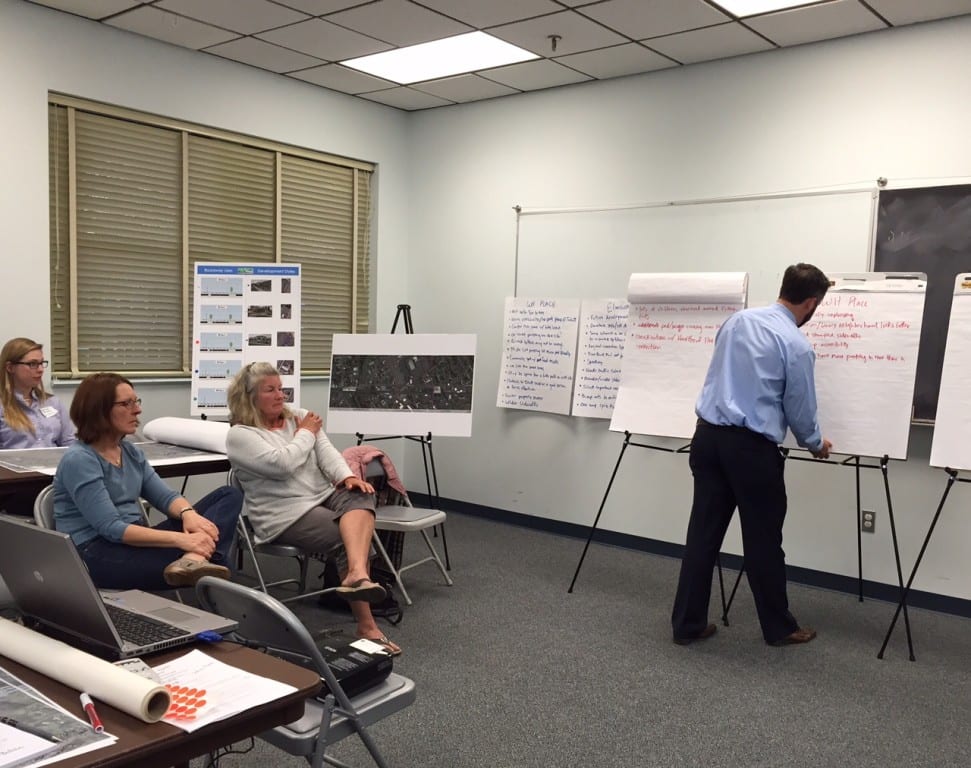 The public input phase of a planning study for West Hartford’s New Park Avenue got underway Tuesday with the sharing of ideas that will be used to frame future improvements to the streetscape. Possible amendments to the area’s zoning ordinance will also be considered as part of the study.

Town Planner Todd Dumais said that throughout the day at least 40 people had attended the workshop which was held from 2 – 8 p.m. Tuesday at the Elmwood Community Center. Town Engineer Dwayne Martin, representatives from consultant Fuss & O’Neill, and members of a technical advisory committee that includes participants from the Elmwood Business Association, Home Design District, and CTfastrak were also on hand for the workshop.

“What we’ve been hearing from people is that the area is not pedestrian friendly, there’s no place to ride a bike, and there’s not a sense of unity,” Dumais said of the critical feedback that had been received.

The study is focused specifically on New Park Avenue, from New Britain Avenue to the Hartford line, and the the ultimate goal is “to enhance transit supportive standards for Transit Oriented Development land uses and improve inter- and intra-town pedestrian and bicycle access and connectivity to the Flatbush Avenue and Elmwood CTfastrak Stations.”

Some of the possible improvements to the area, Dumais said, include providing good connectivity to the existing Trout Brook pedestrian and bicycle trail as well as connecting West Hartford to the multi-use trail that runs along the CTfastrak busway between Newington and New Britain. Dumais said that other possibilities raised include changing the land use in the area near the Corner Pug to provide outdoor dining.

Suggestions by residents also included widening sidewalks and creating space where the community can gather, perhaps a space where food trucks can park. Making New Park Avenue more of an extension of Elmwood, with a downtown style, was also suggested.

Traffic congestion and speeding were cited as existing problems that need to be addressed.

Dumais said that the next step will include a presentation in about a month based on the information and feedback collected Tuesday.

“We’re hoping that the study wraps up by early summer,” Dumais said. After that, any proposed changes to the corridor will be discussed with the Town Council.

For additional information, visit the Planning & Zoning page of the Town of West Hartford website or the project’s Facebook page. Questions can also be addressed to Town Planner Todd Dumais at [email protected].