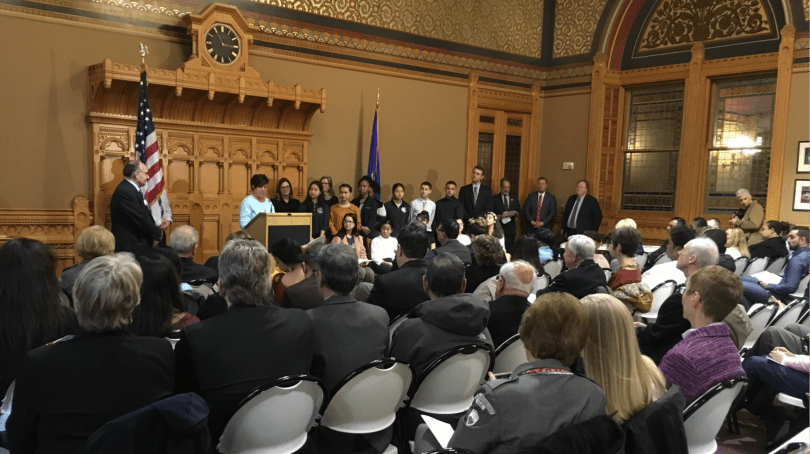 Two immigrants, now longtime West Hartford residents, were among those honored by CIRC for their contributions to life in Connecticut. 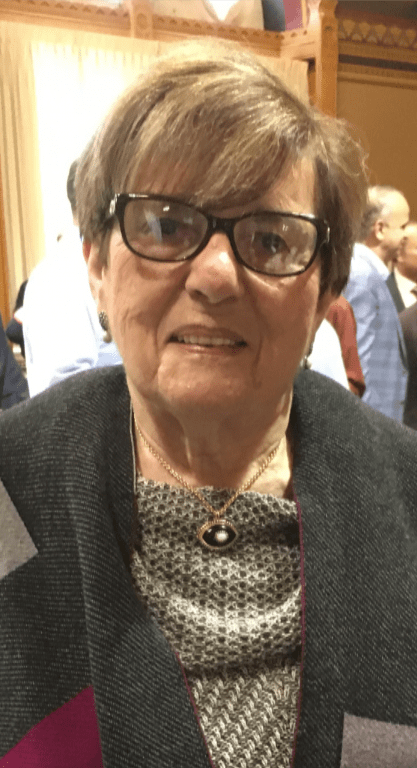 Fifteen recent immigrants living in Connecticut took the oath of allegiance as American citizens on Wednesday during a special court session to be held at the State Capitol. Minutes after the new Americans were sworn in as citizens, the Connecticut Immigrant & Refugee Coalition (CIRC) honored eight longtime state residents who have made significant contributions to life in Connecticut. Among them were two West Hartford residents, Ruth Lazowski and Cary Lakenbach.

Lazowski was born in a town that was territory of Poland, and then Russia, before it was occupied by the Nazis. She is a Holocaust survivor, and lived in a Displaced Persons camp before making her way to the United States. Her family settled in Hartford, and she later married Rabbi Philip Lazowski, a fellow survivor who was saved in Europe by her family. She became a dedicated Jewish educator in Hartford and Bloomfield. She speaks often to students throughout the area about her Holocaust experience.

Lakenbach was born in Italy, after his parents fled Zagreb, Croatia following that country’s invasion by the Nazis. He is the current Board Chair of the Jewish Federation of Greater Hartford and an actuary. A member of the Emanuel Synagogue, he led his own firm, Actuarial Strategies, for many years after initially working as an actuary with Connecticut Mutual after earning a Master’s degree in math from Syracuse University. He has volunteered on behalf of the Society of Actuaries, where he is a fellow. 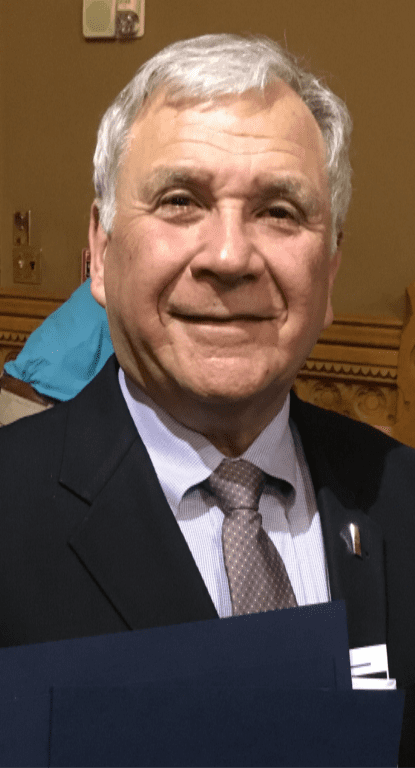 The other individuals honored on Connecticut Immigrant Day came to the United States from Vietnam, Poland, Egypt, Pakistan, India, and Taiwan.

“Immigrants have always been – and continue to be – an abundant and enduring strength of our great nation,” said Robert Fishman, Executive Director of the Connecticut Immigrant & Refugee Coalition (CIRC), which sponsored the observance with the Office of Secretary of the State. “Connecticut is fortunate to have many remarkable individuals who have contributed tremendously to our state, and as we honor them we are also inspired by the newest group of proud and determined immigrants to take the oath of allegiance as Americans.”

The court session that administered the oath to 15 new Americans was presided over by The Honorable Donna F. Martinez, U.S. Magistrate Judge for the District of Connecticut.

The National Anthem was led by Chris Nelson, a native of Ghana and current Goodwin College student. The Governor’s Foot Guard presented the colors at the start of the ceremony.

The mission of CIRC, a coalition of about a dozen organizations across Connecticut, is to promote the rights and opportunities of immigrants and refugees in Connecticut and to foster their civic participation.

For more information, visit the CIRC website at www.coalitionct.org.