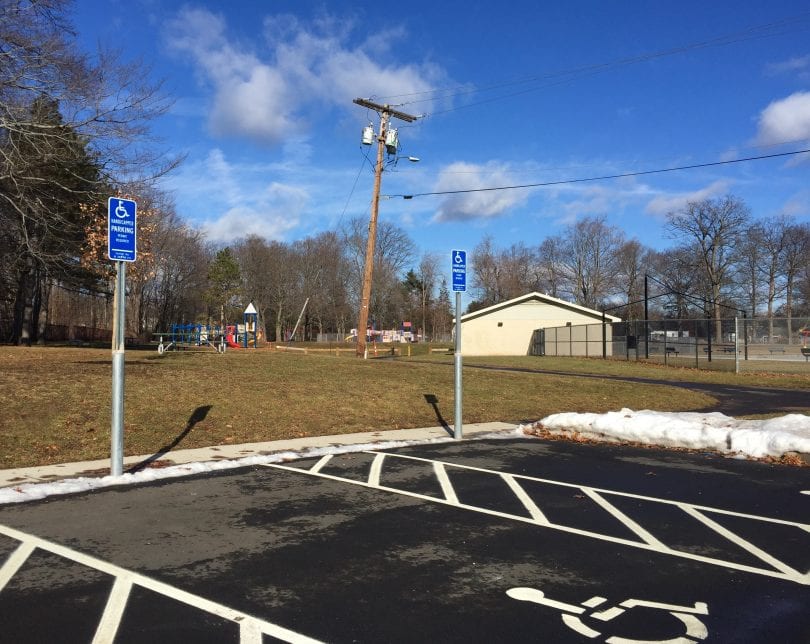 Renovations to the pool and making the parking area at Beachland Park Pool ADA-compliant were funded in part by CDBG. Photo credit: Ronni Newton

West Hartford will receive a grant of approximately $875,000 from the U.S. Department of Housing and Urban Development, and officials are holding two public hearings to invite input about where the funds are needed.

West Hartford residents will have the opportunity to inform officials of projects they think need attention at two upcoming public hearings for the Community Development Block Grant (CDBG) program.

West Hartford qualifies as an “entitlement community,” said Theresa Lerner, a social worker in the town’s Department of Social Services who is responsible for moderating the CDBG. The grant is flexible, and intended to address a wide range of unique development needs in the community, with a goal of supporting “viable urban communities by providing decent housing and a suitable living environment, and by expanding economic opportunities, principally for low- and moderate-income persons,” according to the U.S. Department of Housing and Urban Development (HUD) website.

The town has been receiving funding for CDBG for many years, and part of Lerner’s role is to ensure that the funds are spent in compliance with HUD requirements, which specify that they must principally benefit low- and moderate-income residents. The funds augment the town’s budget in several departments, and are sometimes used to leverage work of nonprofits or public-private partnerships.

Helen Rubino-Turco, director of Leisure and Social Services for West Hartford, said that a large portion of the CDBG funds are spent through the town’s Engineering Division, on road paving in low- and moderate-income neighborhoods. The West Hartford-Bloomfield Health District also receives funding.

There is also a significant sum spent on housing rehabilitation – loans that can be given to low- and moderate-income residents who require major investments in their property for items like a furnace or new roof. The loans, which can be for up to $25,000, do not need to be paid back until the property sells, Rubino-Turco said. Building permits and inspections can also be subsidized through CDBG.

“We know the Food Pantry continues to be a high priority,” said Rubino-Turco. The demand continues to increase, and the number of bags of food handed out increased from 5,000 to 6,000 over the past year.

HUD’s regulations also allow for CDBG funds to be spent on projects to benefit persons with physical disabilities. “Creating ADA [Americans with Disabilities Act] accessibility in parks is something I made a priority,” Rubino-Turco said.

She said that when she was first hired, attending meetings of the town’s Advisory Commission for Persons with Disabilities really opened her eyes to the challenges that people can face. “It never occurred to me that something like voting could be such a challenge,” Rubino-Turco said, and since then she has tried to prioritize funding her department receives to address ADA compliance.

As an example, the new snack bar and restrooms at the Glover Soccer Complex are all ADA compliant, as is the path around the building. CDBG funds paid for a portion of that work, as did the public-private partnership Field of Dreams.

Accessibility has been addressed at Sterling Field, and a curb cut made in the right-of-way on Whitman makes the southern entrance to Fern Park accessible. 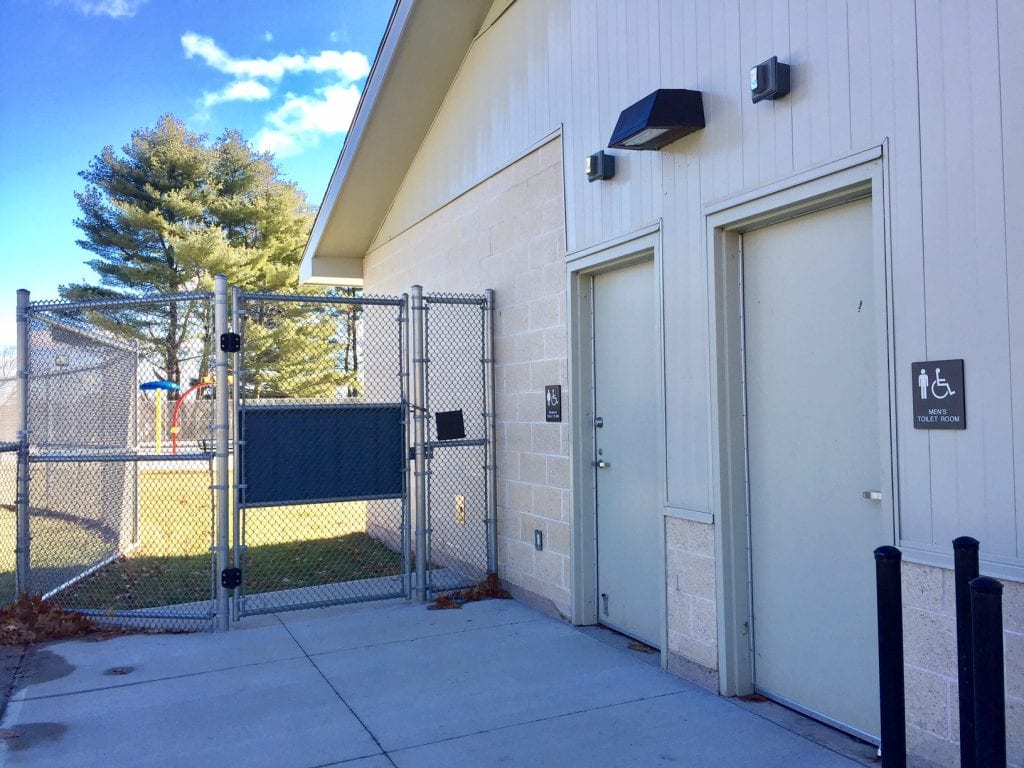 Renovations to the pool at Beachland Park were also partially funded by the CDBG. “We now have an ADA compliant drop-off area at the top of the loop. The restrooms were not ADA compliant,” Rubino-Turco said. Parking at the Elmwood Community Center was recently reconfigured so that the accessible spaces didn’t involve crossing traffic.

Leisure Services wants everyone to have access to town parks, ideally have everyone within a 10-minute walk, and they want to know if areas are in disrepair or not fully compliant.

“We’re chipping away at this,” said Rubino-Turco. “With a limited capital improvement budget we try to chip away at it. We try to address things with town money but if we are able to use CDBG it gets done faster.”

Town officials are always open to input about desired projects, and listen to the dialogue about necessary repairs. Rubino-Turco said she is aware of a discussion on the “Neighbors and Friends in West Hartford” Facebook page regarding the condition of playground equipment at Beachland Park, a project that will be undertaken.

Rubino-Turco also said someone just sent her a photo of the pathway between Mayflower Street and Beachland Park, which is in disrepair. The lower level restrooms at Fern Park need to be brought up to ADA standards, she said. Those projects are on the list.

“Around this time of year we ask the public for input. We use input from the commissions but we also want to hear from residents,” said Rubino-Turco. The public hearings provide an opportunity to voice ideas, and gives a birds-eye view of needs in town.

Once a project is proposed, it’s up to Lerner to ensure that it complies with CDBG rules. There is a five-year plan in place, and all approved funds must be spent within a three-year period, Lerner said.

Included in the process is determining if a project is eligible for CDBG and if there is available funding. Once identified, projects are put out to bid, and Lerner must complete a checklist to ensure compliance with the Federal guidelines.

“Citizen participation is an important component of what we do,” said Rubino-Turco. “We want to make sure that neighbors that don’t always speak up get attention.”

“And are represented,” Lerner added.

The public hearings are scheduled for:

Individuals with a disability or persons needing special assistance in order to participate in the hearing process or those seeking additional information should contact Theresa Lerner, LCSW, in West Hartford’s Social Services Department at 860-561-7575 or at [email protected]. 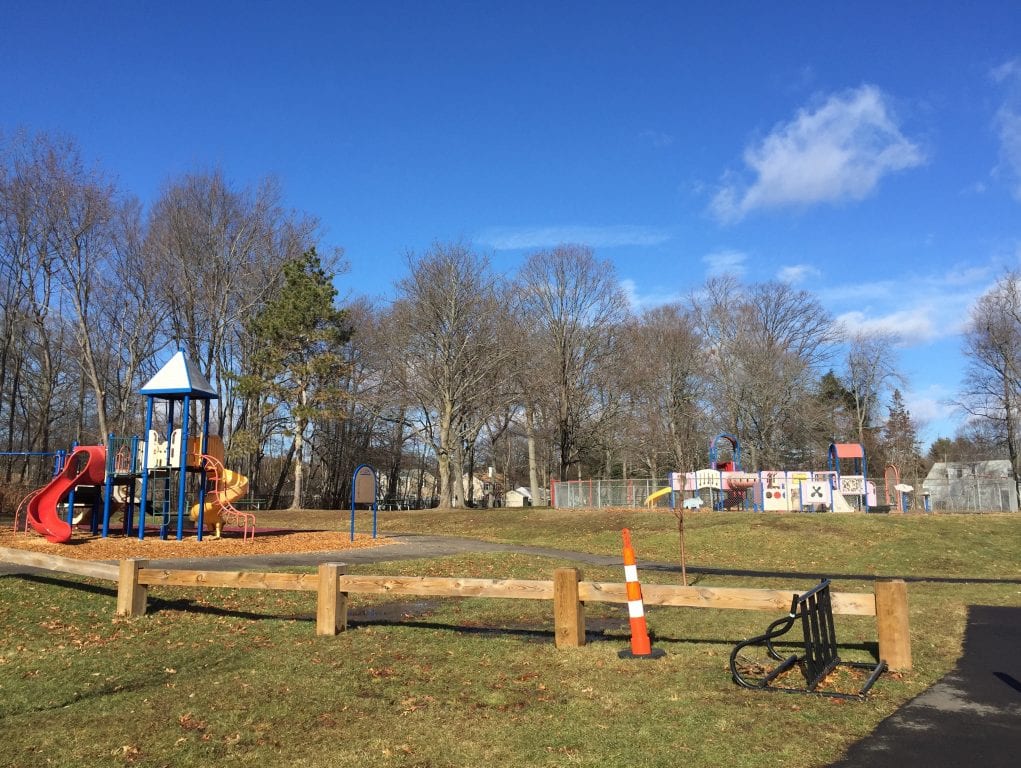 Playground upgrades are on the list of CDBG projects. Photo credit: Ronni Newton