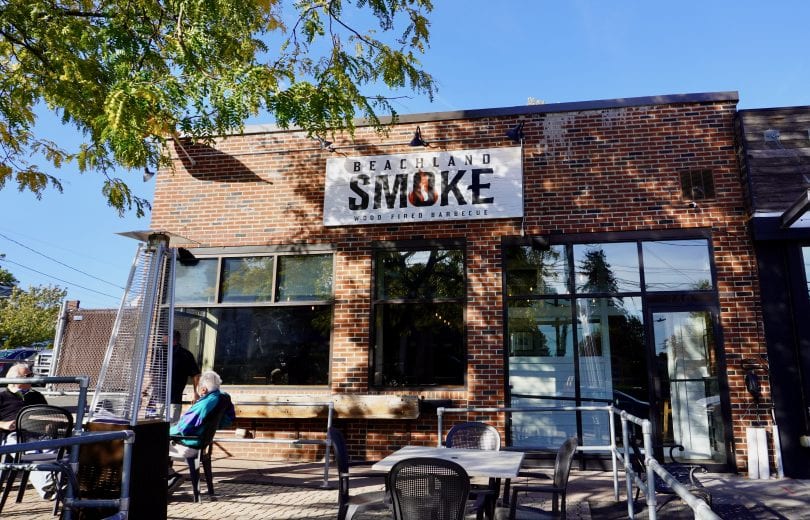 Connecticut senators Chris Murphy and Richard Blumenthal, as well as all four members representing West Hartford in the state legislature and Mayor Shari Cantor engaged with local restaurateurs during a forum organized by the West Hartford Chamber of Commerce and town’s Economic Development Department.

Local restaurant owners were very frank in their comments to Connecticut’s senators and those who represent West Hartford in the state legislature: things are very difficult, more financial assistance is needed, and things won’t get better until consumer confidence is restored.

Negative messaging being reinforced by the media is further hurting the restaurant industry, the three restaurateurs said.

“It has been very challenging – there has been a tremendous decrease [in revenue] across the board,” said West Hartford Economic Development Coordinator Kristen Gorski, who served as moderator of the panel.

The restaurant community in West Hartford is “not just an asset to West Hartford, it’s a regional asset,” Murphy said. “They are also intimately connected to our strategy for growth for the state,” he said, and a mass extinction, which some fear if things don’t turn around soon, would have serious consequences for the state’s economic growth.

Murphy noted that the latest round of Paycheck Protection Program loans included in the COVID relief package just passed by Congress will allow restaurants to receive funds totaling 3.5% of payroll rather than the 2.5% allowable for other businesses. “What restaurants really want and need is not cash assistance, it’s customers,” Murphy added.

The public is being scared off, however, said Chip Kohn, owner of the Beachland Group which has three West Hartford restaurants – Beachland Tavern, Beachland Smoke, and Rockledge Grille. 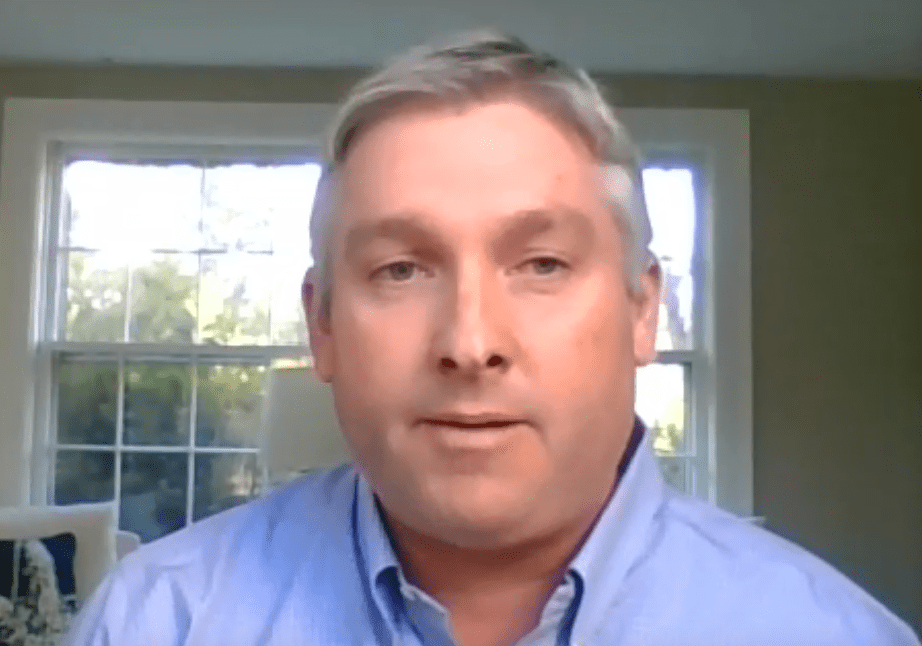 The messaging has been terrible, Kohn said. Over the course of the past 10 months since the pandemic began, there have been five COVID-19 cases among employees in his three restaurants combined. In all cases, the source of infection was the employee’s home, he said.

Gorski noted that while a recent headline focused on restaurants being the largest overall source of COVID-19 clusters, it’s important to dig down into the data.

Reference was being made to an article published Jan. 4 on page one of the Hartford Courant with the printed headline “Restaurants still a top infection spot.” The article noted a study by state officials of clusters of COVID-19 infections across the state as determined through contact tracing.

A December update referenced in the Courant article indicated a total of 84 clusters, of which 21 were connected to restaurants. The body of the article, however, also indicated that in December, just one new restaurant cluster was identified, with more than half of the 15 new clusters emanating from child care facilities. In addition, the article stated the restaurant-related clusters were primarily among back-of-the-house employees, and not patrons.

During Gov. Ned Lamont’s press briefing on Jan. 4, the issue of clusters was raised, and Josh Geballe, the state’s chief operating officer, noted that clusters make up only a small number of cases in the state. In addition, he noted that if the state were to shut down indoor dining, as a group of medical professionals has requested, that would not impact clusters that emanate from kitchens of restaurants since takeout and delivery would still be permitted.

“Over the course of this pandemic we have heard how unsafe it is to indoor dine,” Gorski said, but the risk is actually from dining with people who are from outside your household.

“If you come with people who are in your pod … you have a very low chance of leaving with coronavirus,” said Kohn. If you see your friends there and stand up, put your mask on and use hand sanitizer, he said. Saying we’re not safe “just isn’t true.”

Like other restaurants owners, he has spent thousands of dollars on plexiglass, on cleaning, and other measures to keep spaces safe.

Restaurants are making some really hard decisions, and Kohn said when it got too cold for outdoor dining to be feasible and new restrictions went into effect – pulling back indoor capacity to 50%,  requiring “last call” for food and drink at 9:30 p.m. and dining rooms to be closed as of 10 p.m., and requiring a full meal to be served with a drink – he pivoted Beachland Tavern to takeout only. He had the worst December ever, with sales at 20% of what they were previously.

The decisions are difficult. Those in the restaurant industry who get laid off have nowhere else to go. And without the disaster loans, Kohn said, he would be out of business by now.

Those who are following the rules know that serving a beer with only a small bowl of soup can result in a fine, said Kohn. And requiring them to close early means people won’t be able to come to a restaurant and watch an entire football game because they would have to leave before halftime, so likely they won’t bother coming at all.

“What we really need is targeted relief for restaurants,” said Kohn. “None of us know when this is going to end and when we are going to get back that consumer confidence.” 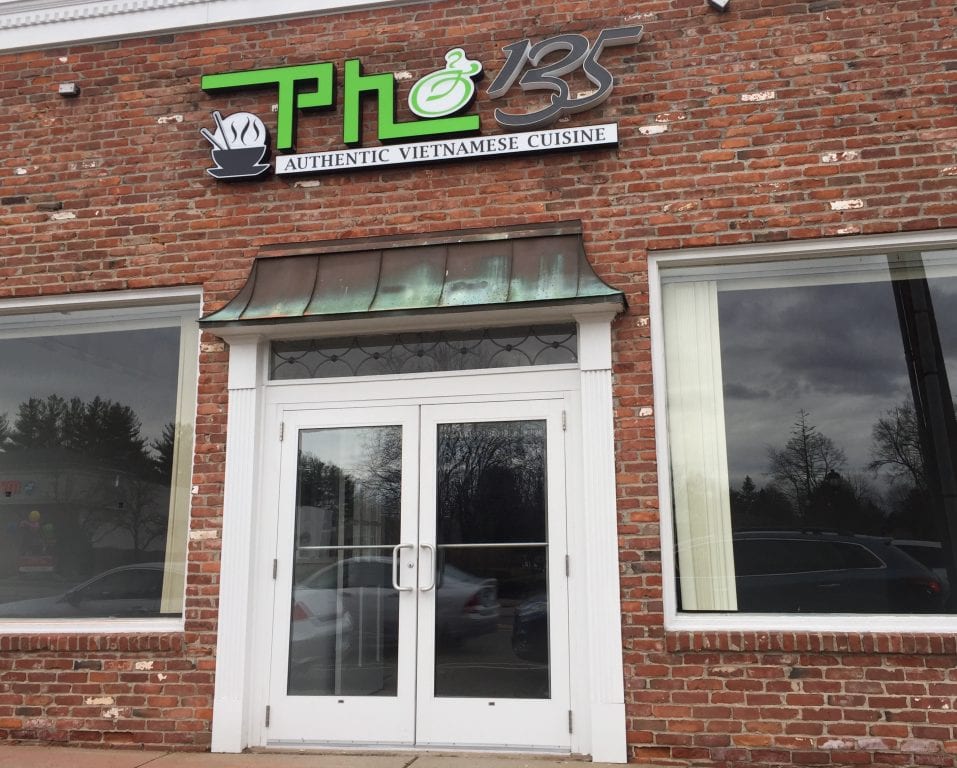 Tiffany Nguyen, owner of Pho 135 on South Main Street as well as an insurance agency, said restaurants are not a dangerous place. She detailed the measures that have been taken to keep her restaurant sanitized, and said adding to the struggle is the cost of supplies – with even gloves costing $95 per box – and rising Eversource bills.

Pho 135 is still a new restaurant, Nguyen said, and she’s been trying to keep everyone employed. It’s going to take years to get revenues back, and then there are all the loans to repay.

There have been two COVID-19 cases at Pho 135 since March, Nguyen said. The first was early on and that employee was able to quarantine without impact.

In the most recent case the health department required a quarantine for all employees that work directly with the person who tested positive, and that meant closing completely for close to two weeks. Nguyen said Sunday that she was finally able to reopen.

No one else had tested positive. “That proves that masks work,” she said. Employees wear masks at all time, expect when eating lunch, and at that time they are required to sit at least 6 feet apart. She hopes that if it happens again, the health department won’t require a complete shutdown.

She has loans for both the restaurant and the insurance agency. “I’m very concerned that both of my businesses will go down the ditch together,” Nguyen said.

Rolling out the vaccine as quickly as possible would help, she said, and so would better messaging from the media. 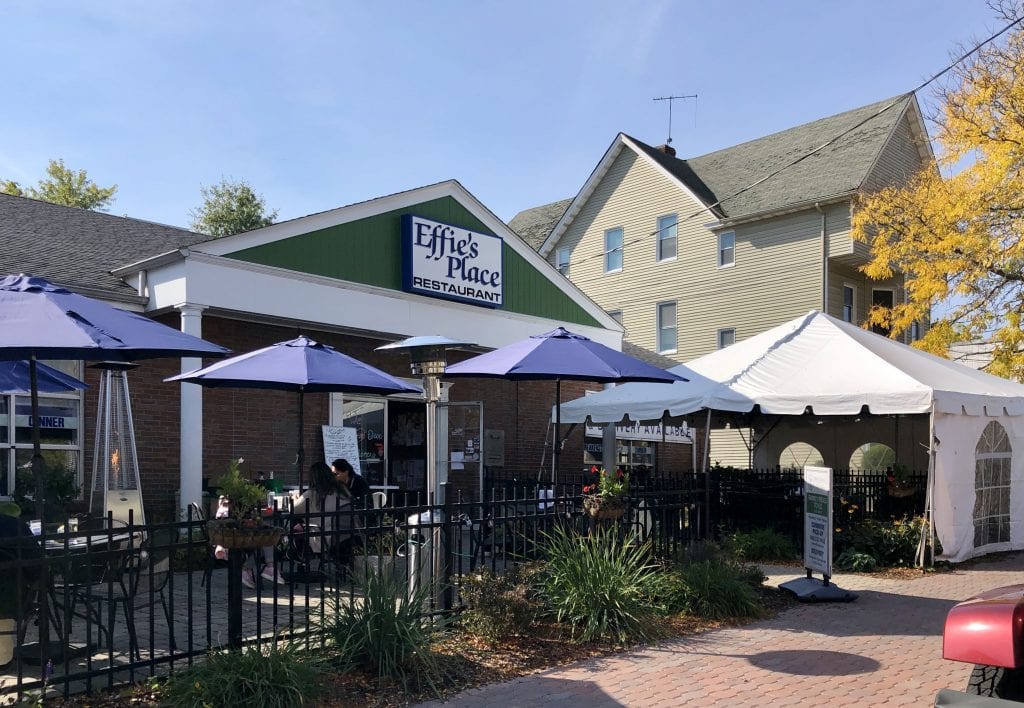 “We need long-term relief,” said Johnny Paindiris, owner of Effie’s Place, which in October 2020 celebrated its 30th anniversary on Park Road. “I’ve never been so scared,” he said.

The summer months were better because of outdoor dining, but recently takeout business fell off again, and is now less than it was in April. Third party delivery services take a 30% cut, he added.

“Our consumer confidence is way down,” said Paindiris. Long-term financial solutions are needed, but in the short term people also need to know that it’s okay to go to restaurants.

Effie’s had only one COVID case, early in the pandemic, and it was completely contained. He said he’s comfortable being in the restaurant every day, and has stayed healthy.

Cantor said she’s listening. And, she added that municipalities are suffering as well. “It’s really important for municipalities to get the help we need.”

The state legislators all said hearing from the restaurant owners was important, and pledged to take their concerns regarding the curfew, the cost of PPE, and the plea to have staff considered essential employee, to the next level

Murphy said that the first thing planned for Jan. 21, following the inauguration of President-elect Joe Biden and the beginning of the new legislative session under Democratic control in both chambers, will be to propose a $2,000 cash payment bill, which will infuse a serious amount of money into the economy. In addition, there is a plan to introduce legislation to reimburse restaurants for meals that they provide to those in need.

“I believe Joe Biden is going to do it – aid for small businesses … in sufficient size to get you through this chasm [of economic crisis],” Blumenthal said, noting the need a major relief program. “This pandemic relief has got to be comprehensive, has got to be multifaceted” until we get to the point of consumer confidence, he said.

As part of relief, there must also be a national plan for vaccine distribution, said Blumenthal, and using the National Defense Act to do it is a must.

The entire forum can be viewed on YouTube through the link below.