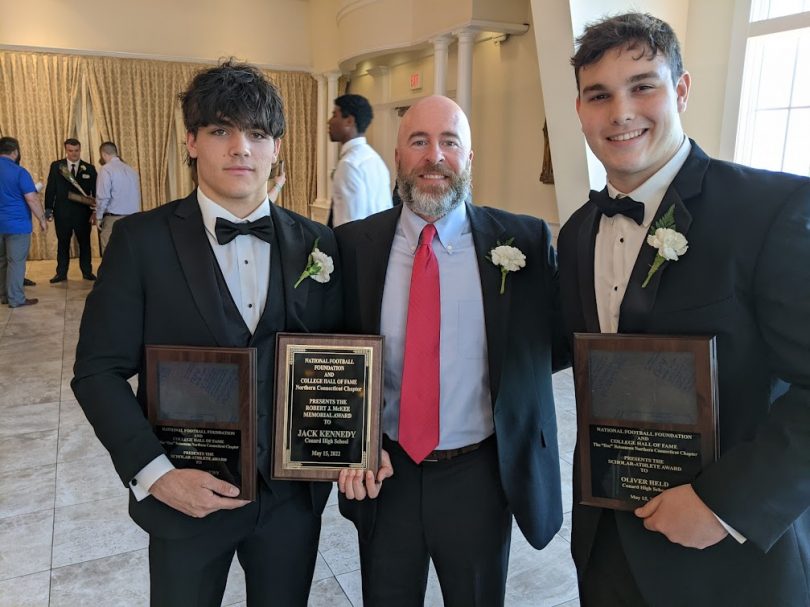 Two students from West Hartford’s Conard High School and two from Hall High School were honored Sunday at the National Football Foundation and College Hall of Fame Banquet at the Aqua Turf in Plantsville. 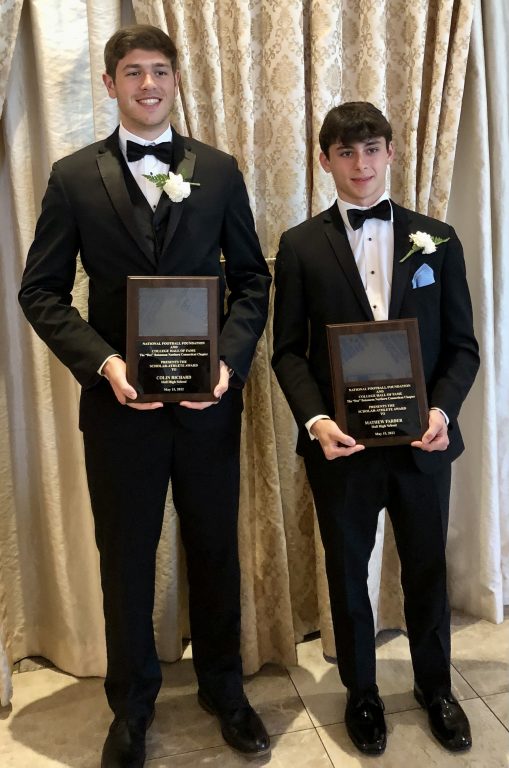 Four seniors from West Hartford, members of the Conard High School and Hall High School football teams, were among the 13 scholar-athletes – 11 high school students and players from Trinity and Wesleyan – honored Sunday at the Doc Boisoneau Northern Connecticut Chapter National Football Foundation and College Hall of Fame Banquet at the Aqua Turf in Plantsville.

Jack Kennedy and Oliver Held were named scholar-athletes from Conard, while Colin Richard and Matthew Farber from Hall received the honor at the 55th annual banquet.

All four were surprised at their schools earlier this year when they were informed by a representative of the National Football Foundation Northern Chapter that they had received the prestigious honor based on their work on the field, in the classroom, and in the community.

Honorees have their names listed at the College Football Hall of Fame in Atlanta, GA.

Not only did West Hartford scholar-athletes comprise more than a third of the high school students honored, but there was another connection to the town as well. Avon head football coach Jeff Redman has coached the Falcons for the past four years, his second stint with Avon (where he also teaches), but prior to that he spent many years coaching at Conard High School under former head coach Rob Cersosimo as well as under current coach Matt Cersosimo. 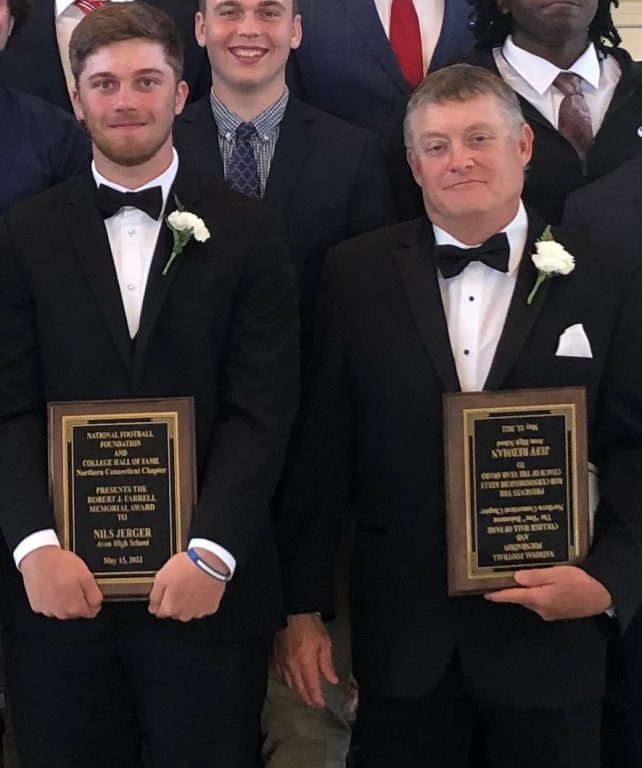 Redman grew up in West Hartford, graduated from Conard, and still lives in town.

The chapter’s coaching award is called the “Rob Cersosimo & Jude Kelly Coach of the Year Award,” and Redman was introduced by Rob Cersosimo. 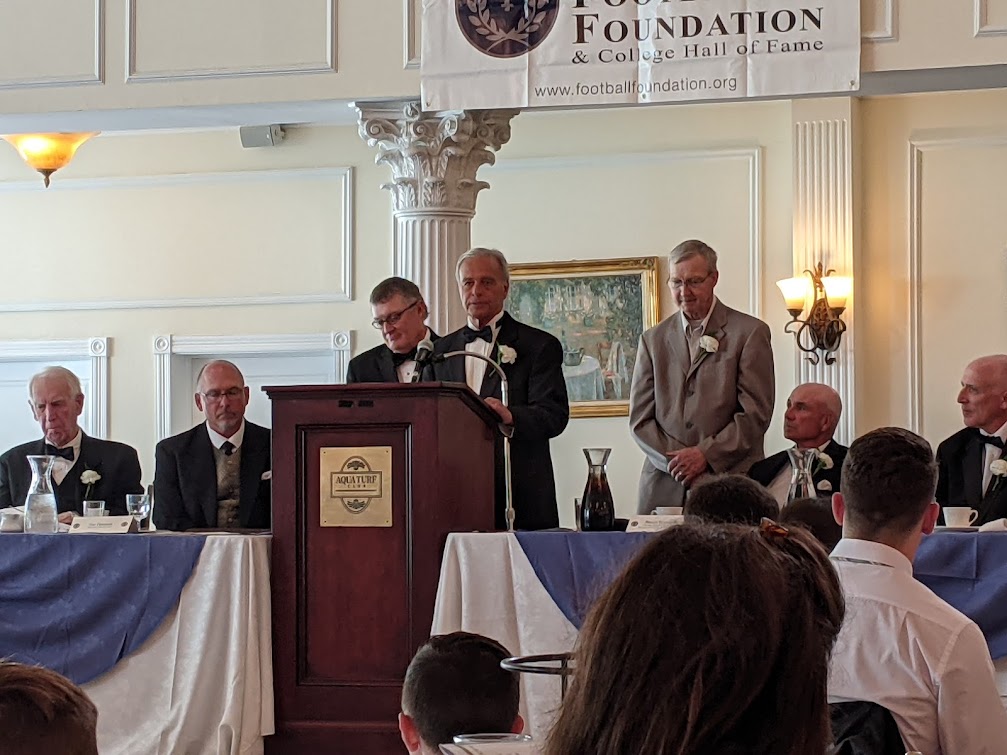 The Collinsville Press reported that this year Avon, 7-3, qualified for the CIAC Class M playoffs last fall for the first time since 2012 and won the CCC Tier 4 championship. Avon senior Nils Jerger was also named a scholar-athlete.

Kennedy also received the Robert J. McKee Memorial Award, which was established in 2018 and is presented to a scholar-athlete in honor of coach Bob McKee, former Conard head coach and a founding member of the Northern Connecticut Chapter. The award is given to a player to honor “an effort to carry on Coach McKee’s legacy of decency, respect, commitment, and devotion to all we serve,” according to the program.

In 2020, there were five scholar-athletes named from West Hartford Public Schools, two from Conard and three from Hall. 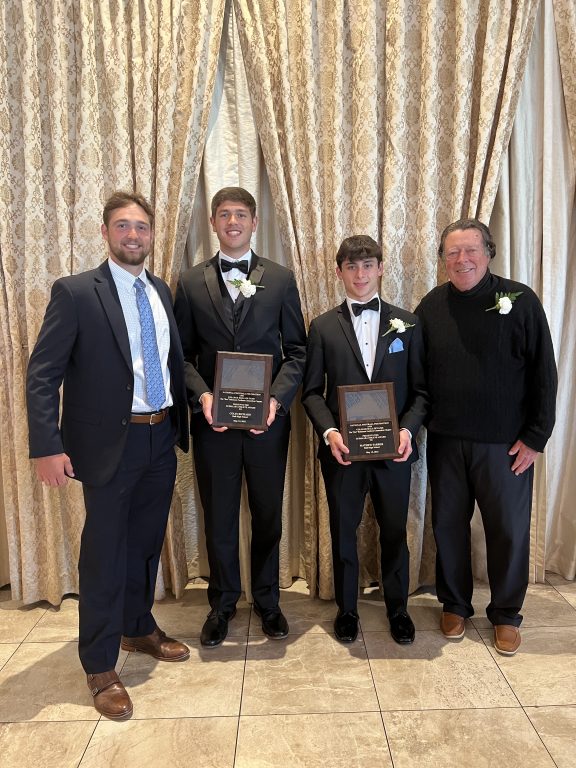