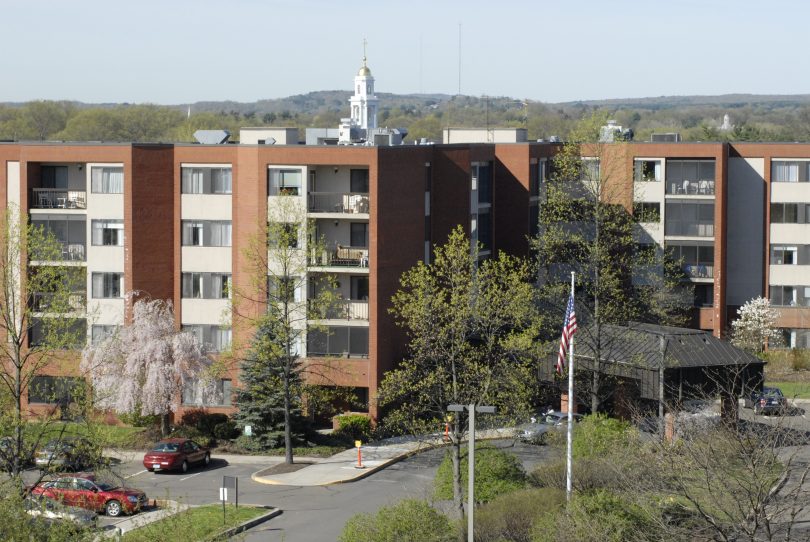 Repairs to the cooling tower which serves buildings A and B at The McAuley were completed overnight and the air conditioning is working again.

“As of 1:30 a.m., the cooling unit leak was fix and we are back up and running, Christine Looby, director of community relations for The Mercy Community, which manages The McAuley, said Wednesday morning.

The contractors were on site for 36 hours straight, she said, and were able to repair the aging unit. A temporary back-up unit will also be put into service while the new cooling tower, which is on order, is being custom built. Looby said Wednesday that the new cooling tower should be installed by August.

Crews from The McAuley are going door-to-door to make sure that units are functional in all of the apartments. Some may need a reset, said Looby.

The cooling tower broke down in the middle of the season’s second heat wave, with temperatures in the mid 90s. Wednesday’s cooler temperatures are helping the units cool off, Looby said.

The complex provides independent and assisted living for approximately 200 seniors.

The Mercy Community administration has a contractor working around the clock to restore air conditioning for the approximately 200 senior citizen residents of The McAuley after a cooling tower failed Monday afternoon.

Christine Looby, director of community relations for The Mercy Community, which manages The McAuley, said Tuesday that staff has been in communication with residents and has taken measures to ensure that everyone is safe, even as the temperatures hit the mid-90s for the second day in a row. 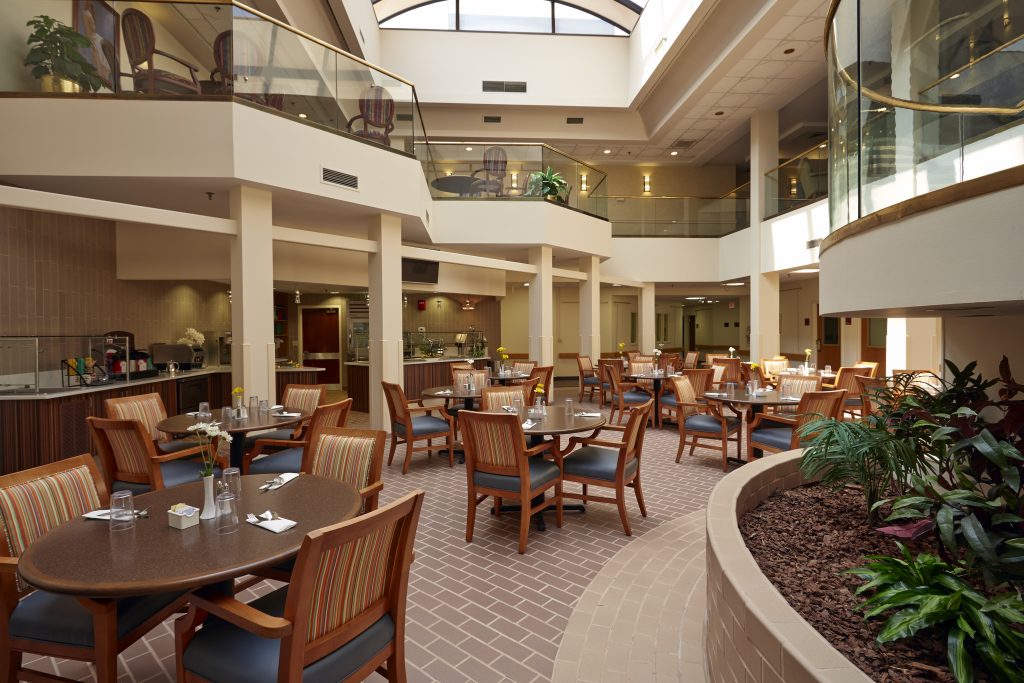 The cafe at the McAuley in West Hartford is one of the places residents are being advised to go to keep cool while the air conditioning is broken. Courtesy photo

While the cooling tower failure impacted the independent and assisted living apartments in the two five-story buildings, Looby said that according to the community’s executive director, the corridors, lounge, library, auditorium, dining room, and cafe still have operable air conditioning, and residents have been advised that they should come to those locations if they need to escape the heat.

The closed circuit TV in the complex also has information posted on its display informing residents where they can go to cool off.

Looby said that a crew has been on site since the unit broke Monday, and it is expected to be repaired sometime on Tuesday. She said that a new cooling tower had already been on order, but is not due to be delivered until sometime in July.

When it became clear Monday that the air conditioning would remain out overnight, Looby said, “At 9:30 last night we had people run out and grab as many fans as they could purchase at that hour.”

While there were not enough fans for everyone, staff did knock on doors to hand out as many as they could, but not all residents answered their doors at that hour, Looby said.

There have not been any reported incidents due to the heat, she said.

“We understand the seriousness and we are working around the clock,” said Looby.