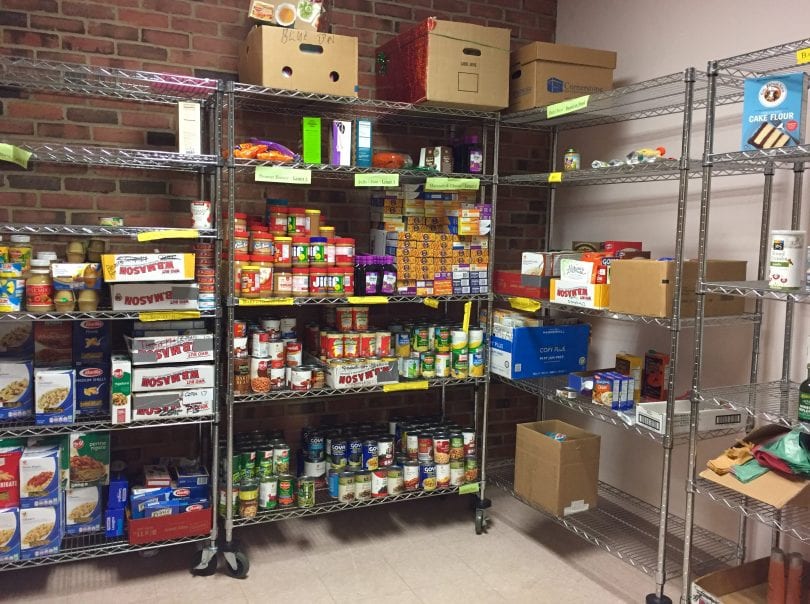 The Department of Social Services reports that the number of families in West Hartford seeking assistance is continuing to rise, and financial donations, as well as donations of food and gift cards, are needed.

The West Hartford Food Pantry handed out more than 6,000 bags of food in the last fiscal year, and in August the Town That Cares’ Back to School program served 740 children through donations of backpacks and gift cards for school supplies – numbers that are significantly higher than the previous year.

And while the Food Pantry just received a huge boost thanks to the Morley Red Wagon food drive’s contribution of 2,000 items, and even though more people think to hold food drives at holiday time, Community Partnerships Manager Suzanne Oslander said that the need for food, as well as for financial support, continues to grow.

“We’re seeing a rise in the number of families seeking assistance,” she said. “Based on our experience, food insecurity is rising in West Hartford.” The food donations are handed out almost as quickly as they are received.

The umbrella organization, the Town That Cares Fund, is entirely community supported, and assists West Hartford residents through its Food Pantry as well as through the Back to School program. The fund also supports residents who are experiencing crisis situations and are unable to pay bills for shelter, medical expenses, or critical utilities like electricity and water.

“We are so very grateful to the community for the support we receive to make it possible to run these programs,” said Oslander. “It’s a donation-only fund, and without that we’re not able to support the many residents that seek assistance here.”

In the winter there is much greater demand to assist residents with their utilities, to ensure that the heat stays on, she said.

Social workers interact directly with residents – and they must prove residency in West Hartford – to confirm financial need. When assistance with utility bills is provided, the money is paid directly to the utility company, and Oslander said that residents are typically required to also make some type of contribution, to be part of the solution.

Now that the MDC is sending out bills on a monthly basis, Oslander said it seems like there are more residents who need assistance to keep the water running. “It’s not something many think of, but residents are dealing with this every single day,” she said.

Some who now seek assistance used to be donors. But medical issues, job loss, reduction in wages can cause a financial situation to quickly change.

The economy has changed over the past decade. “Sometimes someone just needs a little to get back on their feet,” said Oslander. Maybe they used up their savings with a previous layoff, or need help until getting that first paycheck from a new job or until health insurance takes effect.

Everything is completely confidential, Oslander said. “It’s not easy to ask for  help, and some don’t because of concern that someone else will find out.”

West Hartford has become more economically diverse, and there are more people than ever dealing with food and financial insecurity on a regular basis, said Oslander.

The good thing is that people donate, especially when they realize the needs hits so close to home.

“West Hartford is very giving. This community has heart,” Oslander said. Events like the Red Wagon food drive do more than just bring in donations.

“Morley raises awareness of need in the community,” said Oslander. “It’s teaching children to care, to think of others. It’s really the best gift to think of sharing what you have.” One man read about Morley’s donations and that inspired him to become one of the Food Pantry’s most regular donors, she said.

Right now one of the greatest needs is financial support for the children’s holiday program. Through that program parents receive gift cards so they can purchase appropriate gifts, so their children have something to receive during the holidays. 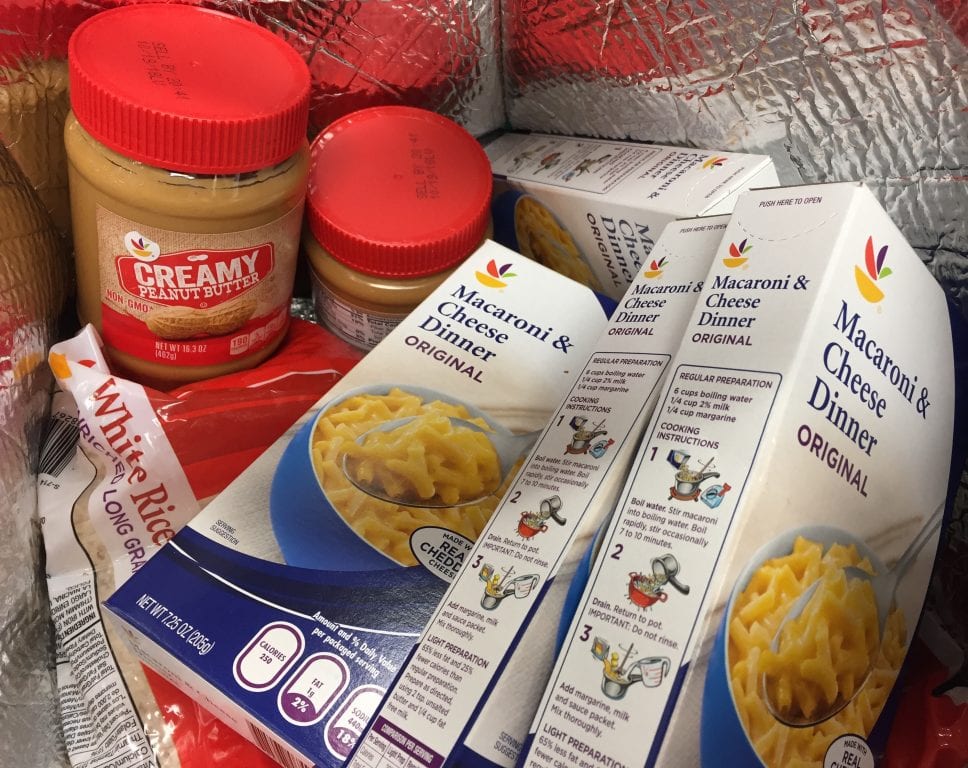 Financial donations to the Town That Cares Fund are also used to purchase staples for the Food Pantry – like rice, peanut butter, pasta, sauce, canned fruit, applesauce, baked beans, tuna, and cereal – when supplies run low, as well as to help out residents during crisis situations.

The Town That Cares doesn’t have much storage space, and doesn’t collect clothing, but they are currently collecting new mittens, gloves, hats, and scarves. They need to be new, Oslander said, for hygienic purposes. Runners participating in the Hartford Marathon Foundation’s Blue Back Mitten Run on Dec. 3 are also asked to donate winter accessories.

In most cases the needs are short-term, but there is also an increased need among the elderly who are relying on social security. In those cases, the need becomes more long-term, since it’s harder to change the income level.

During the holidays many people donate to the Town That Cares in others’ names, as a gift. “Donation to a cause can change a life,” Oslander said.

“We talk about neighbors helping neighbors, and I think that’s what West Hartford is all about.”

Oslander also wants to be sure that anyone who needs help knows that Social Services is there to help. “Call 860-561-7561, or come into the office,” she said. If other services are needed, they will also provide referrals.

It isn’t easy to ask for help, and the Town That Cares doesn’t want to have ask either, but the need is real.

“What resonates is the idea that people don’t have enough to eat, they’re going to bed hungry, especially children,” said Oslander.

“No one wants to think this is happening in their community,” she said. But it is.