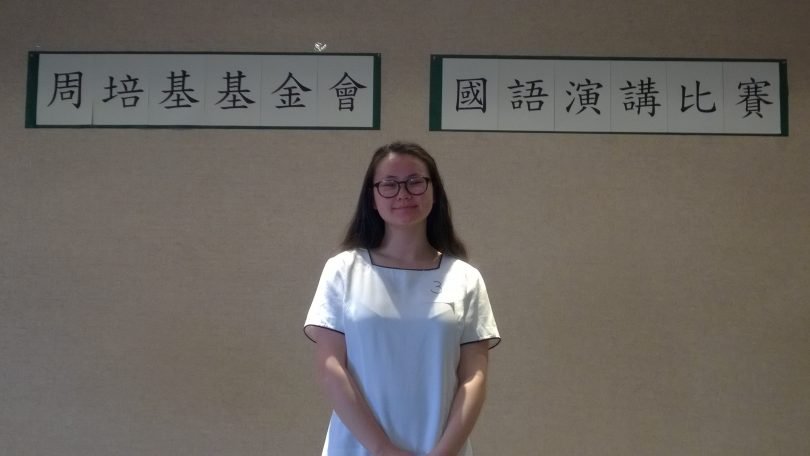 Kathryn Dyson of West Hartford recently won the second place award at the Chinese speech contest at the 2017 East Coast Regional USA Association of Chinese Schools conference held in Hartford on the weekend of May 27.

This year, Dr. Henry Lee, the world authority of forensic science, was one of the keynote speakers sharing his personal experience.

Kathryn clearly and eloquently delivered a self-written story about a happy and fun day spent in New York City with her best friend: “An Unforgettable Day in New York City.”

The competition was for students ages 13-18, and the students were judged on pronunciation, tone, content, stage manner and time control.

Kathryn recognizes the importance of learning Chinese as a second language and is thankful for the continuing support from the staff and teachers at the Chinese Language School of Greater Hartford. This summer, she is looking forward to a 6-week language camp in Taiwan to further her study.