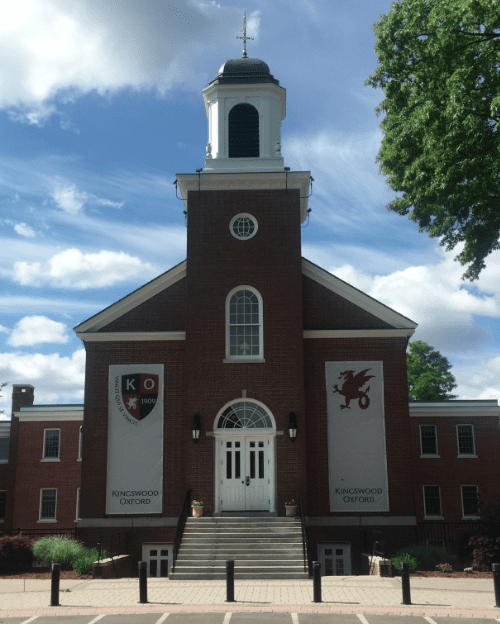 Students from West Hartford were among those honored by Kingswood Oxford.

THE BROWN UNIVERSITY ASSOCIATED ALUMNI AWARD is given to that member of the Fifth Form who combines a high degree of ability in English expression with outstanding personal qualities: Tess Chapman ’23

THE HARVARD CLUB OF NORTHERN CONNECTICUT PRIZE is given to that member of the Fifth Form who combines excellence in scholarship with significant achievement in other fields: Eli Brandt ’23

THE CRITCHFIELD PRIZE FOR SCIENCE is given by Horace E. Rockwell ’39 in memory of his classmate, Thomas R. Critchfield, to a student who has performed outstandingly in science: Lindsay Bailey ’22

THE ROBERT A. LAZEAR AWARD is given to a senior girl who by her example and dedication has contributed the most to Kingswood Oxford athletics: Lindsay Bailey ’22

THE HERMAN PAUL KOPPLEMANN AWARD is given in honor of Mr. Kopplemann who served five terms in Congress promoting social policy issues and was driven by a fundamental belief that politics is the proper avenue to promote the general welfare. The award goes to that member of the newspaper staff who has outstanding promise in the art of communication: Emma Levinbook ’22

THE BISSELL PRIZE, endowed by Mr. Richard M. Bissell, Jr., is given to a student in the Upper School who has excelled in the study of French: Emma Levinbook ’22

THE JANE HAMILTON FISK AWARD is given to a girl in the Upper School for her outstanding ability or interest in music or musical organizations: Emma Levinbook ‘22

THE STEWART LINDSAY, JR. PRIZE is awarded to a student in the Upper School who demonstrates the same qualities of scholarship, leadership, and thoughtfulness that Mr. Lindsay embodied during his career at Kingswood Oxford as a teacher, coach and administrator: Emma Levinbook ’22

THE KATHERINE LONG DAY AWARD is given in memory of Katherine Long Day, Class of 1928 to that girl in the Fifth Form who, in the judgment of the Head of School and Faculty, has displayed exceptional qualities of character and integrity: Alyssa Temkin ’23

THE STEWART PRIZE FOR PUBLIC SPEAKING is given by P. R. Stewart ‘32 to a student in the Upper School who is adjudged the best public speaker: Teddy Schwartz

THE GOOGINS AWARD FOR DISTINGUISHED SERVICE in FORENSIC UNION is named after KO faculty member and Forensic Union founder, Robert Googins who served Kingswood Oxford for over four decades as a teacher, coach and advisor. In his memory, it is awarded to a member of the Forensic Union officer team who has excelled in formal debate and who, like Mr. Googins, has served the Forensic Union with particular loyalty, enthusiasm, and dedication: Samhita Kashyap ’22

THE WILLIAM AINSWORTH GREENE MEMORIAL PRIZE, given by his three sons, is given to that member of the Fifth or Sixth Form who has shown the greatest interest in international and current affairs: Samhita Kashyap ’22 for scholarship and excellence in international relations and world cultures.

THE MIXED CHORUS AWARD is given to a student in the Upper School for outstanding service to the Mixed Chorus: Samhita Kashyap ’22

THE CONKLIN PRIZE, endowed in honor of Mr. and Mrs. William P. Conklin, is given to a student for excellence in United States history: Bella Theodorou ’23

THE ABRAHAM KOPPLEMANN PRIZE, endowed by Mr. Kopplemann, is given to that student who has demonstrated interest in and awareness of the fundamental principles of democratic government: Patrick Schwab ’22, for scholarship and excellence in democratic principles.

THE CHINESE LANGUAGE AND CULTURE PRIZE is given to the Upper School student, who during his or her time at Kingswood Oxford, has excelled in the study of Chinese, both by demonstrating academic strength in the Chinese language and by embracing the culture of China: Macy Isenberg ’22

THE EDITH AND SAUL SHULANSKY PERFORMING ARTS AWARD is given to that member of the Fifth Form judged to be the most accomplished performer by the Arts faculty: Alice McClure ’23

THE ANDREW BLODGETT AWARD is given in memory of Andrew Blodgett III of the Class of 1958 to the student in the Fourth Form who possesses qualities of helpfulness, friendliness, and good citizenship: Ava Cashman ’24

THE GRETCHEN BAUVER AWARD is given in honor of Gretchen Bauver, math teacher at Kingswood Oxford School from 1973-92, to the Form 2 student who has shown the most growth in the field of math: Alex Doering ’26

The ANOUSHJKA MEAD WRITING AWARD is given to that student who has contributed most to the literary life of the Middle School: Miles Gruber ’26

THE MIDDLE SCHOOL ACHIEVEMENT AWARD is given to that student who has demonstrated the most personal and academic growth during his or her Middle School career: Sam Lewis ’26

THE RICHARD C. BUCKLEY AWARD is given in memory of Richard C. Buckley, Class of 1980, to the senior who possesses qualities of loyalty, good humor, courage and the ability to accept both success and defeat gracefully: Isaias Wooden ’22