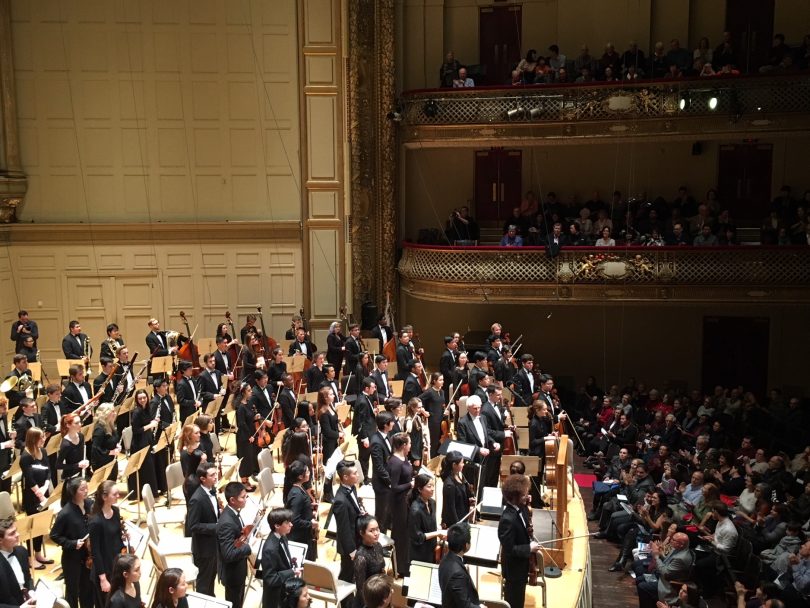 More than 100 of New England’s best young musicians, including two West Hartford students, will be performing in some of the most prestigious concert halls across Europe in a two-week, multi-city tour with the Boston Philharmonic Youth Orchestra.

On June 12, 2018, two West Hartford students will be embarking on the adventure of a lifetime as they prepare to perform with the Boston Philharmonic Youth Orchestra (BPYO) during an eight-city tour throughout Europe.

Prairwaa Madden, a freshman at Kingswood Oxford High School, and Matthew Hill, a sophomore at Conard High School, are both members of the violin section of BPYO and are performing under the instruction of Conductor Benjamin Zander. 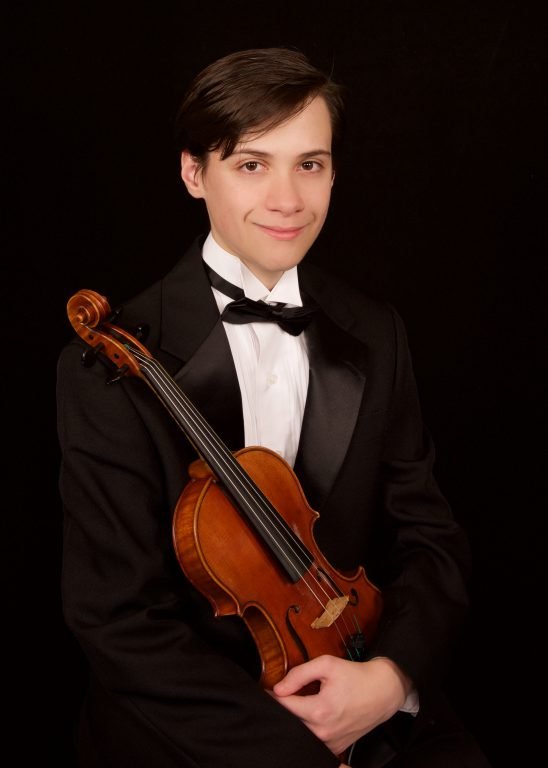 Matthew Hill, a sophomore at Conard High School and member of the violin section, is excited and honored to tour through Europe with the BYPO Photo credit: Barbara Hill (courtesy photo)

The BYPO, which consists of 120 members ages 12 through 21, will depart on a 15-day tour, and perform in some of the most prestigious concert halls in Europe that includes stops in Germany, the Czech Republic, Hungary, Austria, and the Netherlands.

“I’m looking forward to playing in some of the greatest concert halls in Europe, such as the Concertgebouw [in Amsterdam] and Musikverein [in Vienna],” said Hill, who aspires to be a professional musician one day.

With performances nearly every other day, the students of the BPYO will have the opportunity to share their talents with thousands of spectators as well as collaborate with students of the Salzburg Youth Orchestra while in Salzburg, Austria.

Hill said something that he is looking to learn from the upcoming trip is, “to increase my performing capabilities … Professional orchestras have programs with similar rigor to ours, and playing a near hour-and-a-half long symphony eight times will give me valuable experience.”

Zander’s program and music selection will commemorate the 100-year anniversary of the end of World War I, and feature pieces from Gustav Mahler, whose birthplace will be visited during the tour, and George Butterworth. According to BYPO, the repertoire that Zander has selected would be challenging to even professional musicians and will give students professional orchestral performance experience.

Surely the young musicians will learn valuable lessons throughout their journey, but according to Hill, Zander – who is also a co-founder of the orchestra – has already taught the ensemble important lessons about life and leadership.

“I think the impact that Benjamin Zander has on us sets it apart from other orchestras and makes it so special to be an ensemble member,”Hill said. “His inspirational message of living life as a world of possibility rather than unalterable outcomes makes me not only play with 100 percent of my effort all the time, but also makes me change as a person and live life in a different way than I did prior to joining this orchestra.”

Both Madden and Hill, as well as the rest of the ensemble, are looking forward to an exciting and insightful trip beginning next week. The orchestra’s full itinerary has been listed below: