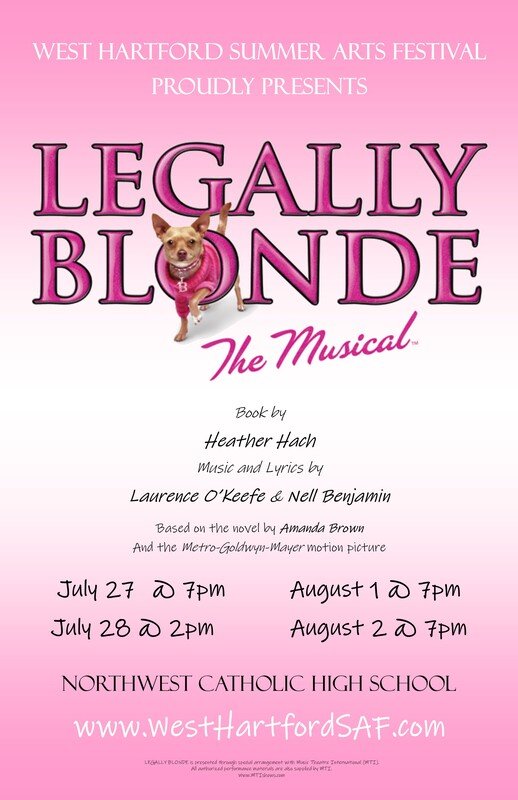 This year’s West Hartford Summer Arts Festival production of Legally Blonde is like the movie, but bigger. 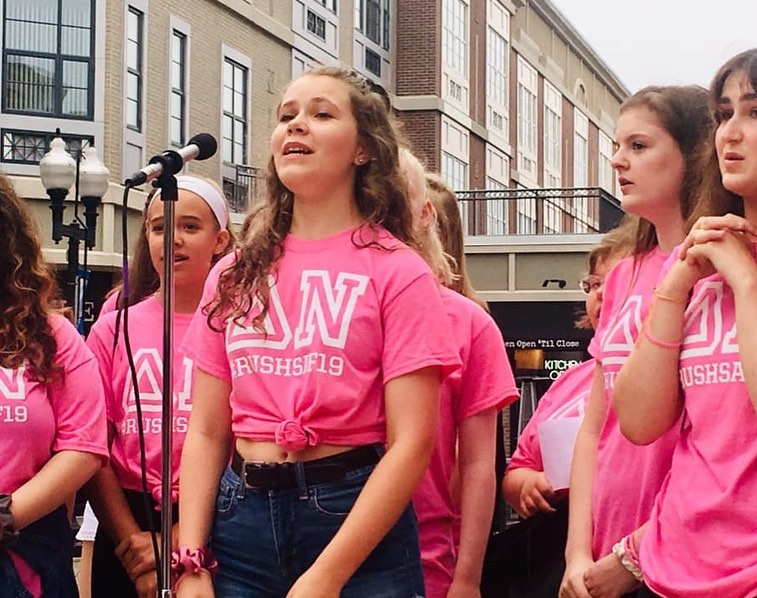 As final dress rehearsals were in full swing for West Hartford Summer Arts Festival’s 2019 production of “Legally Blonde The Musical,” Artistic Director Sara D. Avery, found it hard to contain her excitement, and said this show is “big.”

West Hartford’s Summer Arts Festival is an annual summer program that runs for about a month – from when school ends in late June to performances in late July and early August. Talented students from several surrounding towns participate, and many come back year after year. Actors range in age from incoming freshman in high school to 25-year-olds.

Kate Morran, the show’s director and choreographer, said she loves how the program “brings kids together,” connecting them through their love of theater. Students involved in the show seemed like they could not agree more.

The Summer Arts Festival is an “educational theater” experience, meaning that not only do students get to act in a high-quality production at the end of the summer, but they also learn a lot to progress their acting careers during rehearsal with acting exercises and activities.

Janey Lorenzo, this production’s Vivian, said that these activities really help them bond as an ensemble and cast.

Stephanie Reuning-Scherer, the production’s Elle Woods, is participating in her third summer show with SAF. She said as soon as school gets out, they start preparing right away, and with being together almost every night a lot of the bonding comes naturally. This is her favorite part of the experience – becoming so close with the cast that they make an effort to see each other year-round.

Declan Smith, this production’s Warner, likes that SAF provides an environment “where you can have fun,” but it’s still professional. He said that with the expectation of a quality performance by SAF every year, “everyone [in the cast] knows the end goal, but it’s still fun along the way.” 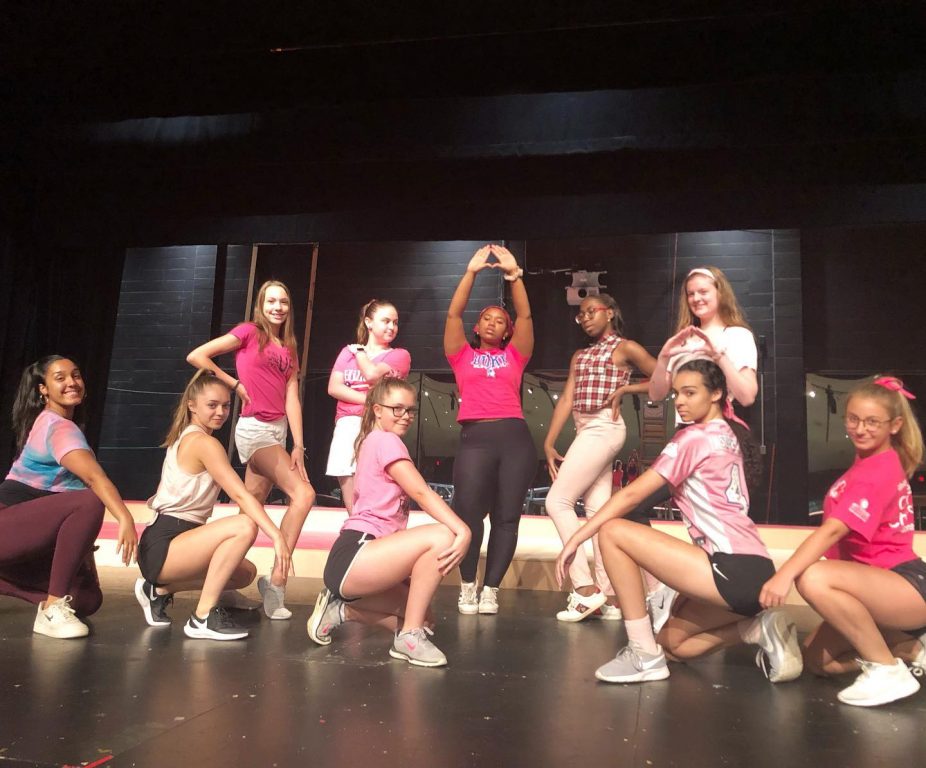 All three actors share sentiments of loving the rehearsal process and putting on the show for two primary reasons – the great friends they make during long, hard rehearsals, and the feeling of accomplishment that comes at the end of the summer.

Lorenzo says she loves her fellow cast members, and “can’t imagine doing anything else during the summer.” She talked about the how great it feels to have something to show for your summer at the end of it all, and in her five years of participating in the festival, she’s proud of the show her friends see when they come out and support her.

As far as the show goes, each cast member was equally excited about what’s in store for their future audience. Smith highlighted than even though he isn’t typically a fan of sillier shows like “Legally Blonde,” its humor and “upbeat music” won him over, as did as the deeper meaning that audiences will discover. 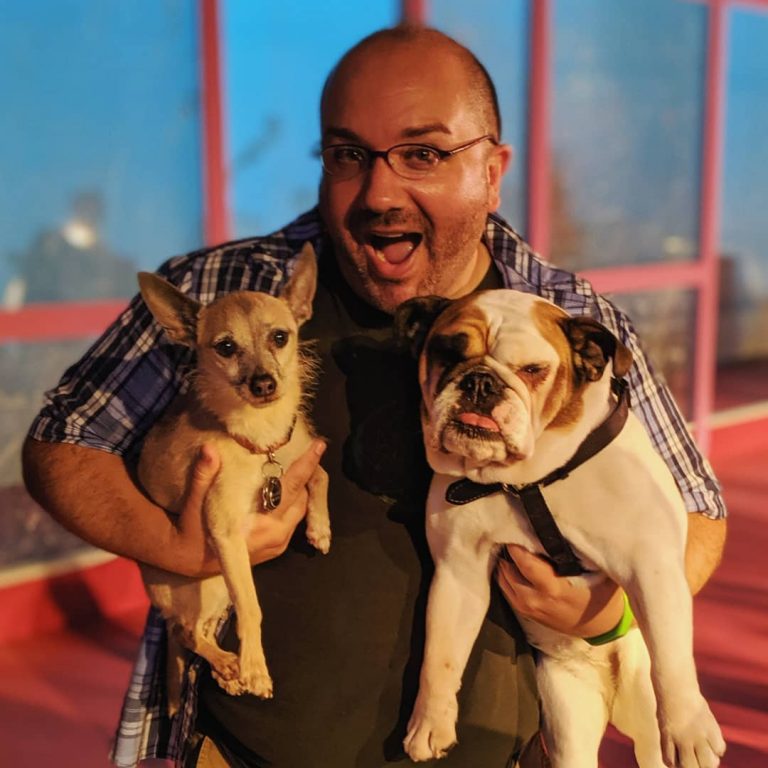 Smith also talked about the two dogs in the show – real live Broadway stars. They even have their own dressing rooms! Having real-life dogs in the production will give it an even more authentic “Legally Blonde” feel that fans of the movie know and love.

Lorenzo referenced the reputation that the Festival has in West Hartford and around the state, and doesn’t think this year’s show will disappoint. “Everyone is so talented,” she remarked about the cast, calling the show “like ‘Legally Blonde the movie,’ but on steroids.”

Avery and Morran both SAF alumni, expressed how excited they are about this year’s show, and hinted at all of the singing, dancing, and tumbling that takes place on stage. So many preparations have been put into the production, and they are in the final stretch as the production opens July 27.

With the help of extensive cast, crew, and countless SAF alumni that come back every year, this show is definitely not something to miss. Opening night is July 27 at 7 p.m., and additional performances are July 28 at 2 p.m., Aug. 1 at 7 p.m., or August 2 at 7 p.m. at Northwest Catholic High School. Tickets can be bought online at www.westhartfordsaf.com.