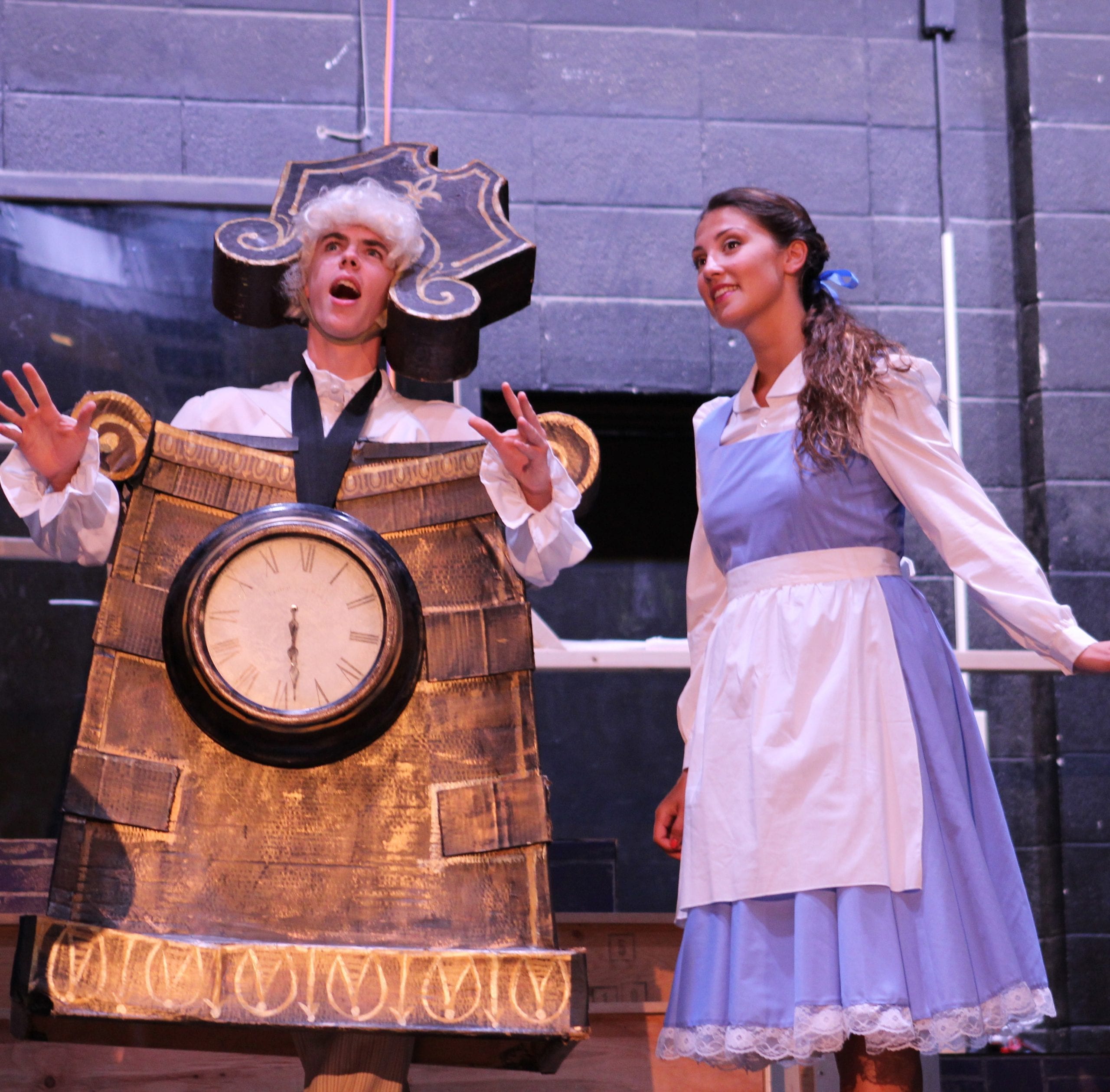 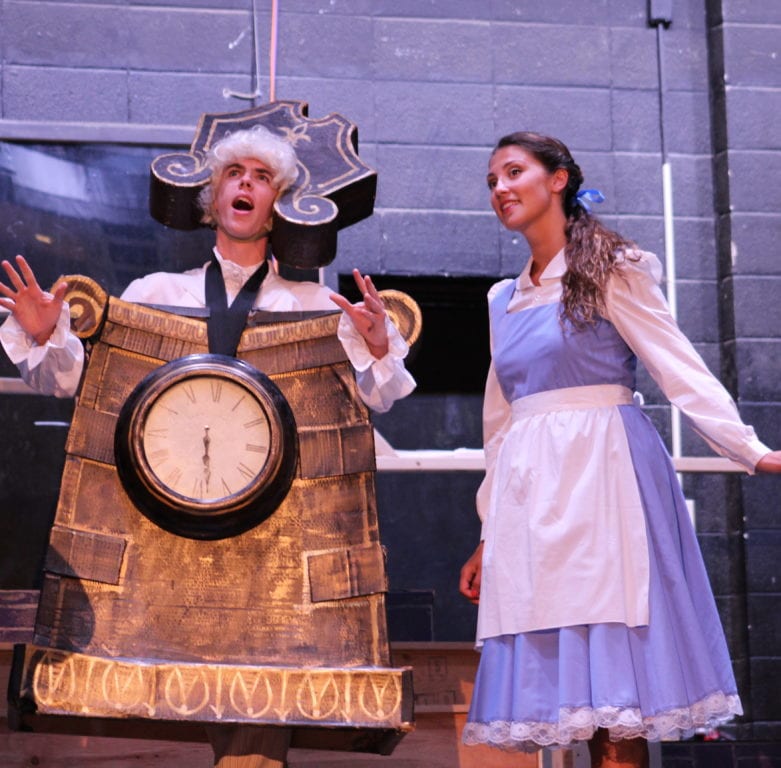 Fifty-seven cast members – many of them high school and college students from West Hartford – will stage a production of “Beauty and the Beast” from July 28-31 that Artistic Director Sara Avery said is sure to be a “spectacle.”

She said it’s not just because “Beauty and the Beast” is a Disney show. The West Hartford Summer Arts Festival (SAF) prides itself in doing shows that have an “edge,” Avery said, and she’s very excited for the community to see this production. “The kids are amazing – just spectacular performers … This is a wonderful model of what educational theater should be,” she said.

SAF is celebrating its 40th anniversary year this summer, and this is Avery’s 12th show with the program, which is a joint venture between the West Hartford Public Schools Fine and Performing Arts Department and the Department of Human and Leisure Services. She was on stage in “Best of Broadway” back in 1996, which was the last year that SAF founder Haig Shahverdian was artistic director.

Avery and everyone else involved with the show is excited that in celebration of SAF’s 40th anniversary, Shahverdian will return for a guest appearance as conductor during the Saturday night performance which will also be alumni night. Many SAF alumni, including some from across the country, are planning to attend, Avery said.

“Beauty and the Beast” will naturally appear to kids, but its really designed for a wide audience. “It’s definitely a show for all ages, not just filled with Disney campiness,” said Festival Manager Kate Williamson.

The cast of 57 – the largest group since “Hairspray” in 2012 – include many familiar names from the Conard, Hall, and Northwest Catholic stage. Thirty-eight of the cast members are West Hartford residents.

Brigid Lucey, a 2014 Conard graduate who is now a rising junior and Spanish major at Cornell University, plays Mrs. Potts. Lucey played Belle in “Beauty and the Beast” when she was a sophomore at Conard.

“It’s super-exciting,” said Lucey about the chance to do the show again, but in a very different role. She said it’s helped her understand the overall show better.

Mrs. Potts is a challenge because the character is undergoing a transformation from being human to non-human, something explored through the musical number “Human Again,” Lucey said. But the most interesting dynamic for her to explore is the mother/son relationship.

“The fact that she’s a mother, and her first priority is her son, ‘Chip,’ is something I really enjoy,” Lucey said.

Chip may be Mrs. Potts’ son, but the role is being played by a girl. Maddie Gallinoto, a petite rising sophomore at Conard, most recently played Pugsley in the Addams Family, and said she’s used to playing boys. She’s also played the mayor of Munchkin Land and Scuttle in “Little Mermaid.”

Gallinoto said the difficulty of playing Chip is that she’s in a cart throughout the show. “I have to use a lot of facial expressions. I can’t really express myself through movement.”

Recent Hall graduate Pat King was cast in the role of Cogsworth – the butler-turned-clock. “I’ve never been a semi-human. It’s kind of a fun thing to explore,” he said.

King is in his fourth year with SAF, but he missed last summer’s production of because he was performing in “Kissed the Girls and Made Them Cry” with Hall’s theater program at the Edinburgh Fringe Festival in Scotland.

King, who graduated in June, was very active in Hall’s theater program, appearing in many plays and with the improv comedy group. He will study music education beginning this fall at Ithaca College, but said he keeps coming back to SAF because of “the group of people I’ve met.”

Kenneth Galm is a rising senior at Hall in his second season with SAF. He was cast in the role of Lefou, Gaston’s sidekick.

“Even though we are the same height physically I always have to be smaller because he’s this grand guy. It’s kind of a challenge because I have always been taught to take up space [on the stage] and this is the opposite,” Galm said.

SAF is a family event for Galm this summer, with his younger sister Isabella in the ensemble and his father, Eric, in the orchestra on percussion.

“SAF is a family atmosphere. We bond as a cast over a very short period of time,” said Lucey. This year there will be about five-and-a-half weeks between the start of rehearsals and the first performance – and that’s more than some years because school ended earlier than usual.

“You leave your day at the door and it’s reenergizing,” said Lucey, who is in her sixth year with SAF and works at one of the Leisure Services camps during the day. “Once you do it you want to keep coming back,” she said.

“It’s a joy! I keep coming back because it’s so awesome,” said Lucey.

“Beauty and the Beast” opens on Thursday, July 28, 2016, and runs through July 31. Shows are at Northwest Catholic High School this year because Hall High School is undergoing some construction work and the facility in unavailable.

For more information or to purchase tickets, visit www.westhartfordsaf.com. 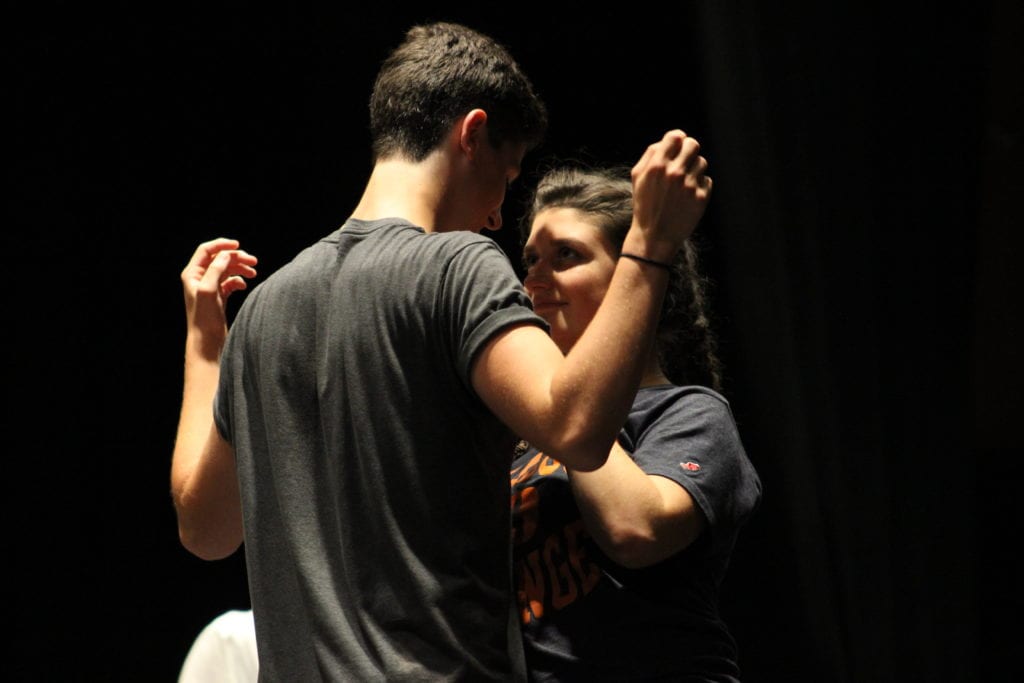 Owen Painter, as Lumiere, and Hayley Beth Eicher, as Babette, rehearse the show­stopper “Be Our Guest.” Photo credit: Emily Lafreniere 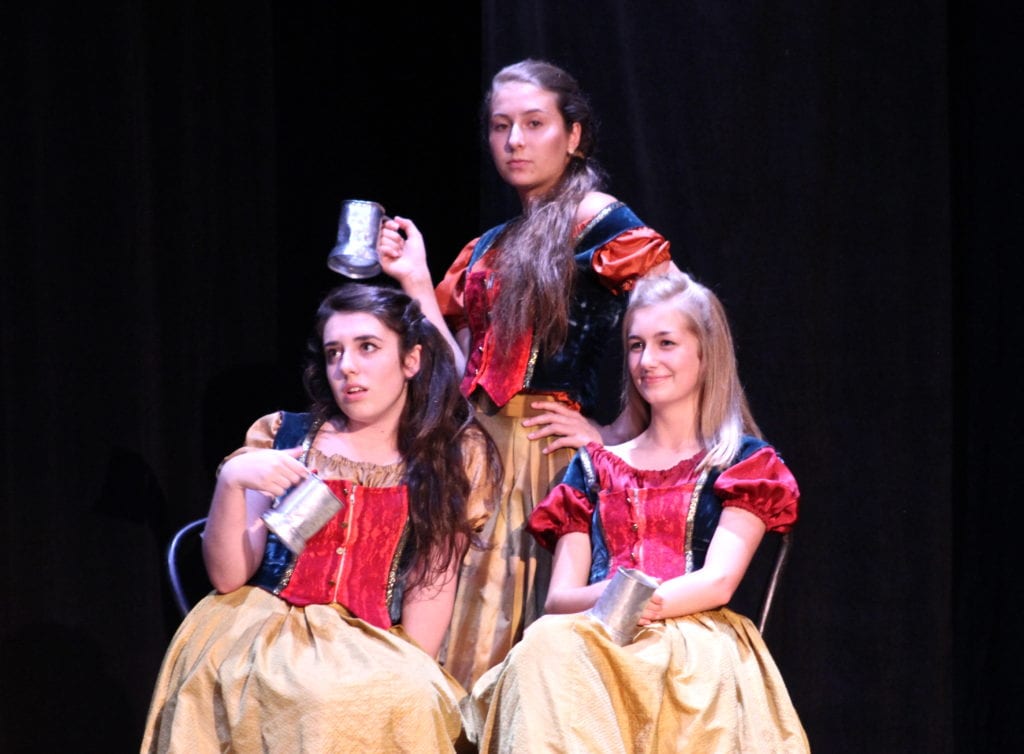 Ensemble A and Streetmosphere Team

Ensemble B and Streetmosphere 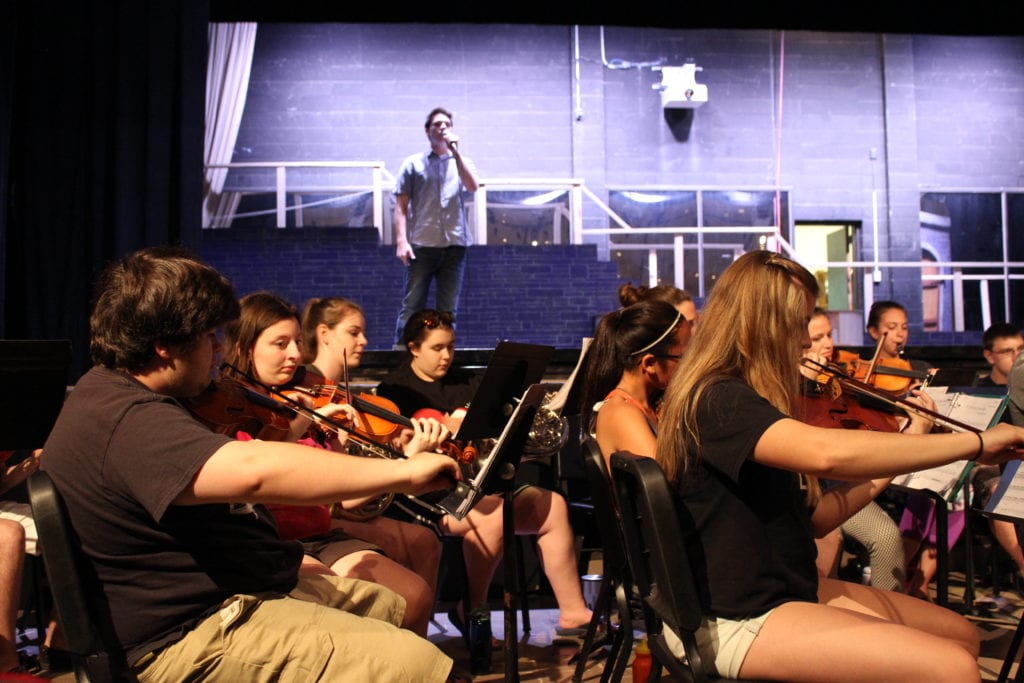