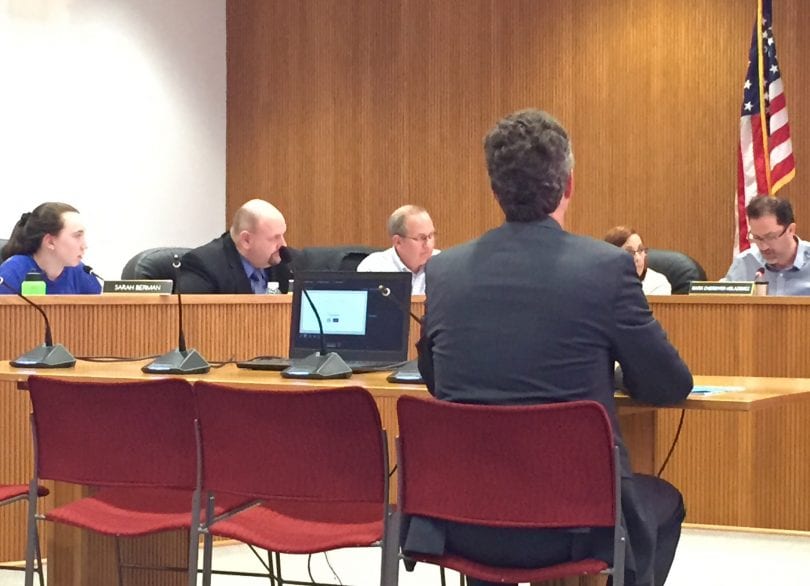 On Tuesday night the West Hartford Board of Education approved sending non-renewal notices to interim teachers, which is something done each year.

The Board of Education unanimously approved sending non-renewal notices to interim teachers on Tuesday night, a protocol that is followed every year.

“As we were working through the budget process we had discussed the possibility of non-renewing all of our non-tenured teachers,” Superintendent Tom Moore said Tuesday afternoon. That would have meant sending non-renewal notices to the approximately 230 non-tenured teachers because of uncertainty about the budget.

Moore made it clear in an interview on March 20 that if the non-renewal notices were going to be sent out, it was an administrative function and would not mean a mass layoff of more than a quarter of the town’s educators. West Hartford employs about 900 teachers.

“We are not doing that. Tonight’s non-renewal vote is for interim teachers whose contracts are expiring June 30, Moore said. “They knew when we hired them that their contracts would be non-renewed at the end of the year.”

Executive Director of Human Resources Rick Ledwith said that each year, as required by statute, the Board of Education approves the sending of non-renewal notices to those individuals whose contracts expire on June 30.

The interim teachers are advised of the process when they are hired, and again as the end of the contract period nears. “We invite them in for a meeting prior to this [Board of Education] meeting to remind them of this process,” Ledwith said.

The notices must be sent out by May 1, Ledwith said, and Tuesday’s meeting was the Board’s last one before that date. He provided Board members with a confidential list of those to whom non-renewal letters would be sent. The names are not discussed publicly, and the vote is really just a formality, he said.

Depending on retirements, many from the pool of interim teachers are ultimately hired for permanent positions.

“Last year we hired about a dozen and based on their performance I would expect a similar statistic for next year as well,” Ledwith said.

According to Ledwith, 14 teachers have already announced plans to retire at the end of the 2016-17 academic year, but he expects that number to rise.

The West Hartford Town Council is scheduled to approve the town’s general fund budget on April 25, and included in that is the school budget approved by the Board of Education on April 5.

The Board of Education voted on April 5 not to incorporate the $5,808,607 million impact of the governor’s budget on the West Hartford Public Schools budget, and because of that Moore said it was not necessary to send notices to all non-tenured teachers. Local governments throughout the state, as budgets are proposed and approved, have also made the decision not to include the governor’s proposal of an allocation of teacher pension expenses or other major funding changes.