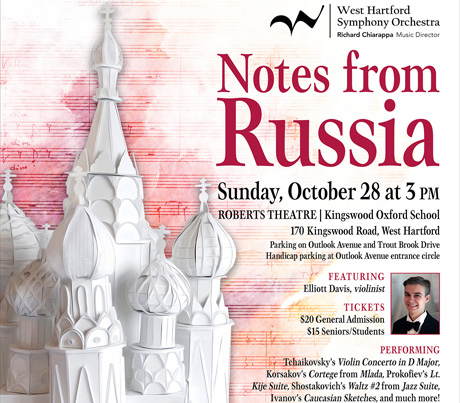 ‘Notes from Russia’ is the first concert of the West Hartford Symphony Orchestra’s 17th season. 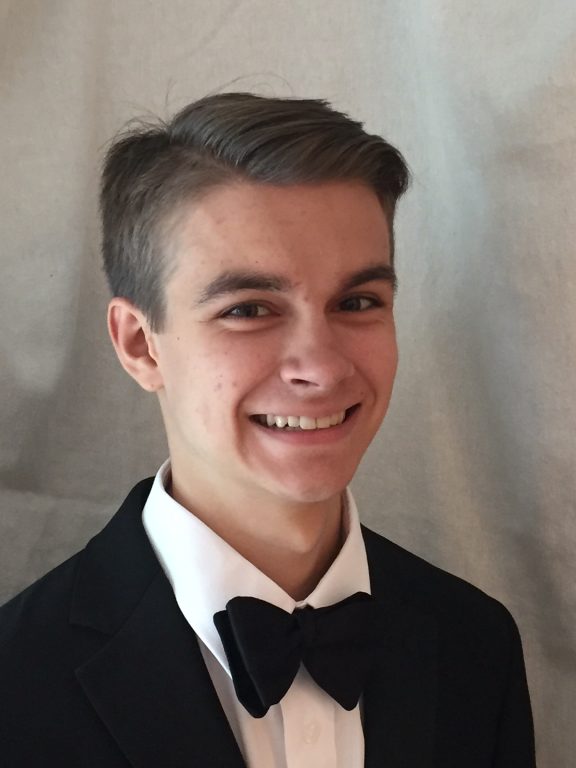 Join the West Hartford Symphony Orchestra as it kicks off its 17th season with rousing renditions of some of Russia’s most celebrated composers. This concert will be held at 3 p.m. Sunday, Oct. 28 at Kingswood Oxford School’s Roberts Theater and will feature popular contemporary works by Tchaikovsky, Prokofiev, Shostakovich, Korsakov, and Ivanov.

“Our orchestra is one of the few forums where young artists can play alongside experienced performers. All of our musicians benefit from the mentorships and role models that develop from this multi-generational collaboration,” said President Tom Caraher.

This concert will display the musical talent of award-winning high school violinist Elliott Davis. A senior at Avon High School, Elliott has been playing the violin since he was 4 years old. In addition to his many years spent performing with WHSO, Elliott is also part of the Connecticut Youth Symphony, where he was co-concertmaster during the 2017-18 school year. Elliot also studies chamber music at the University of Hartford’s Hartt School Community Division. 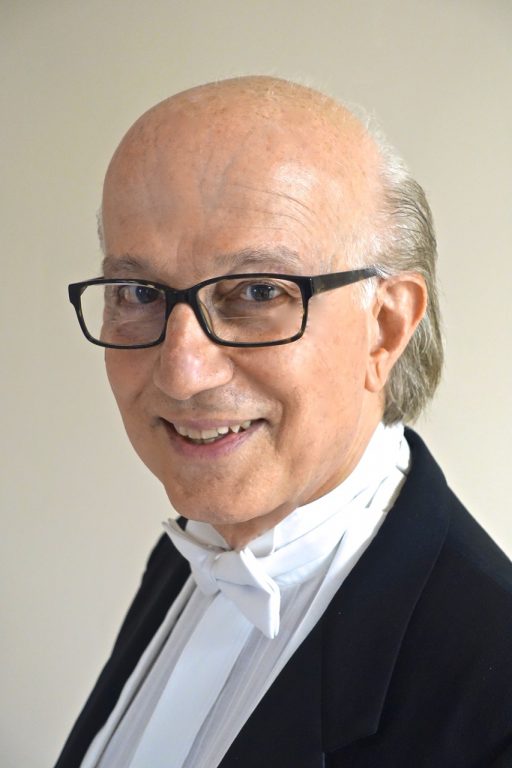 He has spent the past two summers attending Boston University’s Tanglewood Institute, studying alongside members of the Boston Symphony Orchestra. He has served as Principal 2nd Violin, Assistant Concertmaster, and Concertmaster of the orchestra there.

This past spring, Elliott won first place at the Nutmeg Symphony Concerto Competition, performing the first movement of Tchaikovsky’s Violin Concerto. This concert will feature Elliott on the violin as he presents his award-winning performance of the piece alongside the WHSO.

Tickets are priced at $20 for general admission and $15 for seniors and students. Premium table seating is also available at $30.  WHSO will sell out for this concert, so plan early. Tickets may be purchased in advance online at WHSO.org or by calling 860-521-4362. Our WHSO website design is supported in part by the Greater Hartford Arts Campaign and the Hartford Foundation for Public Giving.