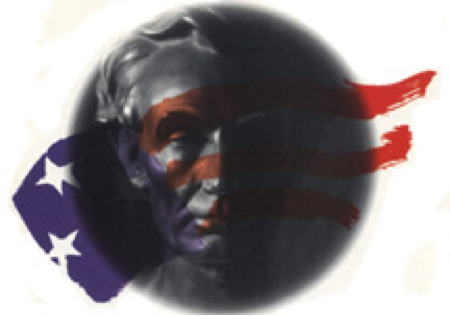 The West Hartford Symphony Orchestra will open its 16th season at 3 p.m., Sunday, Oct. 22, with “Lincoln and Booth,” a concert musical composed by the symphony’s conductor, Richard Chiarappa. 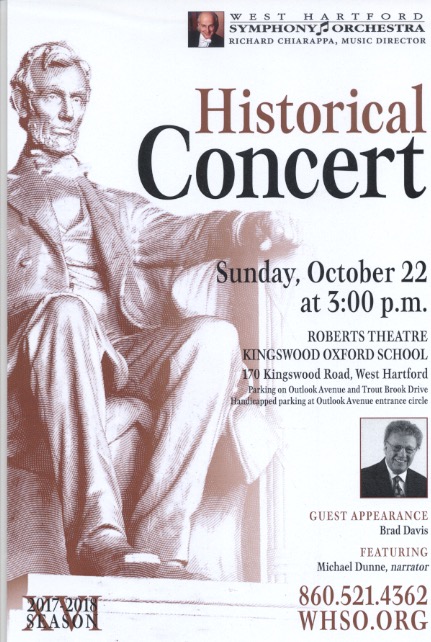 For this performance, Chiarappa has adapted his original, full-length musical to create a 50-minute concert version, featuring eleven vocalists and a 60-piece orchestra performing more than 20 songs and instrumental passages from the show. Chiarappa’s musical, based on the assassination of Abraham Lincoln, was first performed in 1997.

The two-hour concert will be presented in the Roberts Theater on the campus of Kingswood Oxford School in West Hartford. It will also include Chiarappa’s composition “The Gettysburg Address,” accompanied by a reading of the address by Connecticut radio personality Brad Davis; “Ashokan Farewell” by Jay Ungar, a piece featured extensively in the Ken Burns PBS documentary “The Civil War”; and two compositions by Aaron Copland: “Hoe-down” and “A Lincoln Portrait,” which will be narrated by Mark McNally.

Chiarappa, who said he absorbed a deep love of Abraham Lincoln from his father, said he decided to write a musical about the Lincoln assassination during the early 1990s. “My goal,” he said, “was to bring alive on stage one of the most inherently dramatic events in the history of the United States, and to do it with authenticity and theatricality.”

Striving for historical accuracy, Chiarappa read scores of books, interviewed several internationally known experts, and visited every site involved in the conspiracy, including those along the escape route of John Wilkes Booth. His scrupulous research included reading letters of the conspirators and the transcripts of their trial. Passages from many of these documents appear verbatim in the song lyrics of “Lincoln and Booth.”

In adapting his musical for the West Hartford Symphony, Chiarappa said he preserved most of the melodies from the original show, but also rewrote some passages to explore Lincoln’s character more fully. He also added a new love song to further illuminate the complex relationship between Lincoln and his wife, Mary Todd Lincoln.

Chiarappa said his most formidable challenge in adapting “Lincoln and Booth” to a shortened, concert format was orchestrating individual parts for each of the symphony’s 60 instrumentalists. “The original musical was accompanied by a 10-piece orchestra,” he said, “and scoring the music for a full symphony orchestra suddenly opened up many possibilities to arrange the songs in a variety of orchestral colors.

Chiarappa collaborated with Mike Dunne to shrink the original script while writing a narration that would set up the songs. He said he hopes it will provide a framework for the story and a context for each song, enabling the audience to understand its place in the ongoing narrative. Dunne will read this narration at the performance.

The eleven singers in “Lincoln and Booth,” who will be dressed in 1860s-period costumes for the performance, are all well known Connecticut vocalists who have previously sung with the Symphony or appeared in one of Chiarappa’s other musicals. Christopher Stone will sing the role of Lincoln, Steve Mitchell of Booth, Kate Callahan Hardman of Mary Todd Lincoln, Mark McNally of Secretary Stanton, and Lola Elliott Hugh of Mary Surratt.

Elliott, Avery and McNally (narrator of “A Lincoln Portrait”) appeared in “Lincoln and Booth” when it was performed as a full musical in Roberts Theater 20 years ago.

“I came to realize that, at my age, if I don’t do something with this music, when I leave this planet, it’s going to leave with me,” he said. “So, I rewrote it so that any orchestra can perform it with singers and a narrator. Chiarappa said he believed in the music and wanted to keep the work active in a different form. “I hope this piece will have life beyond its premiere with the WHSO.”

He said that the story of Lincoln’s death, when told with accuracy and passion, enhances and enriches an understanding of Lincoln and the values he stood for. “I hope that it will give young people, especially, a sense of how this event changed our history forever. It revealed that we had to learn to grapple with the diversity of our nation while continuing our search for the goodness and equality in all people.” The lyrics of the final song in the show, he said, emphasize that Americans are all one people and that the nation will survive the loss of Lincoln. “As terrible as his death was for the country at the time,” he said, “hopefully a greater good came out of it.”

Chiarappa said that, as he orchestrated “Lincoln and Booth” for the symphony this summer, he sometimes became overwhelmed with the tragedy of Lincoln’s death. “Because I’ve always held Lincoln in such high esteem,” he said, “I’ve been very moved by this. I’ve had my share of tears in my studio, and I know it’s going to be hard to conduct this piece.” 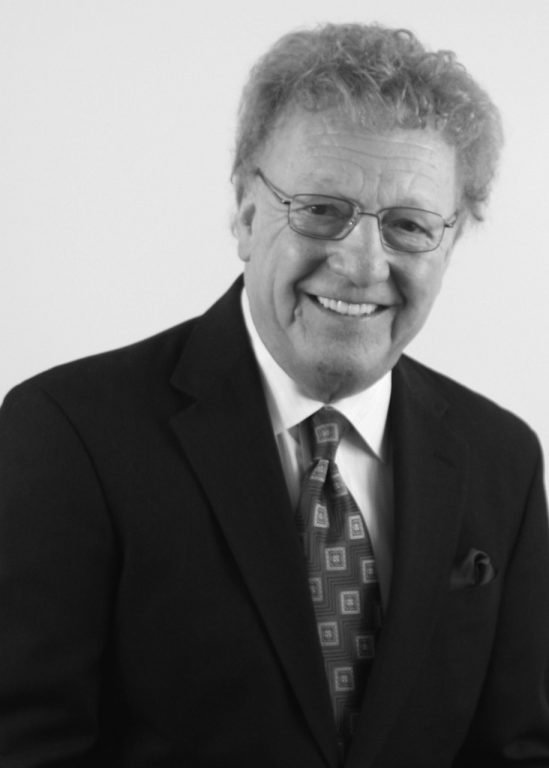 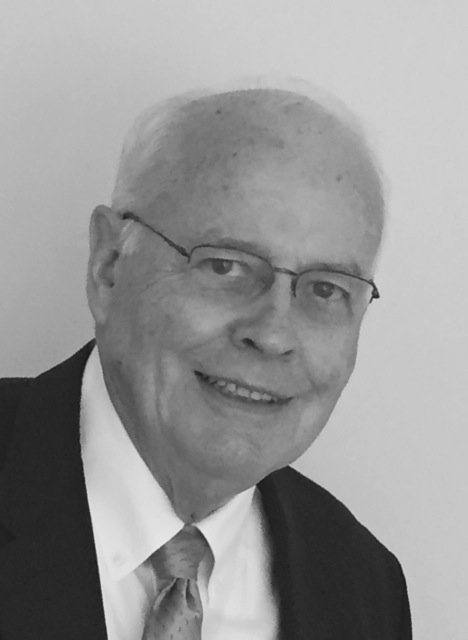